Ask Wonkette: Can Melon Trump Indeed Sue For Rose Words About Her Son? 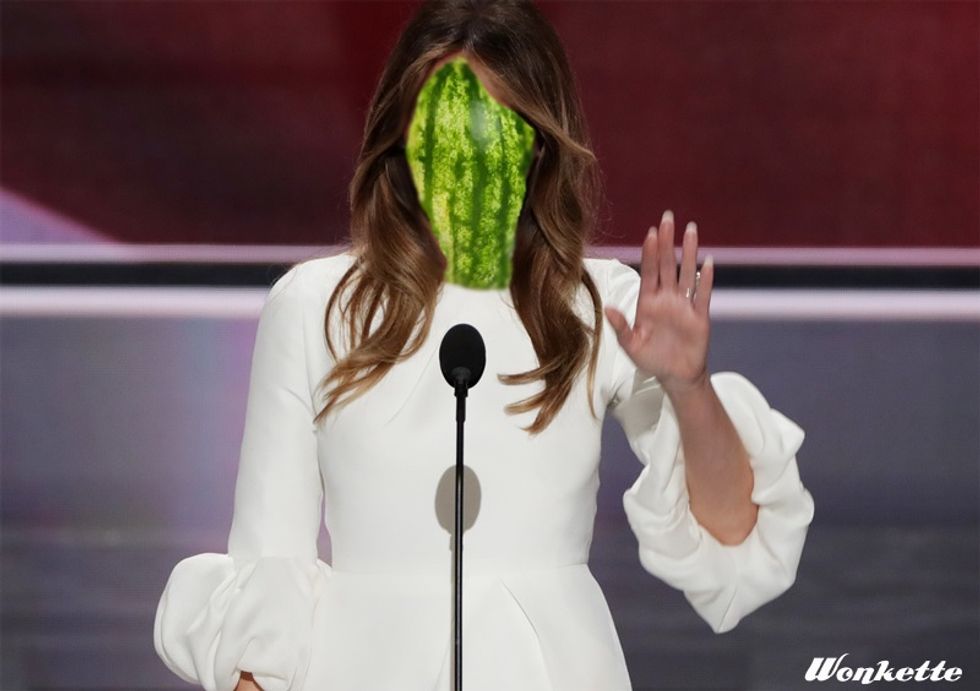 Oh hey, do you remember this Ask Wonket series we do occasionally, when somebody does a Google search and it lands them at our august website, and we feel the need to answer the questioner's question? We swear to God we've done it at least once, which means it's definitely a "series."

The way this works is, if you are in the backstage part of Wonkette, you can see every Google or Bing! or Ask Jeeves search that lands readers on the site, and we can also see your prayers, ALLEGEDLY. Usually it's just dumb stuff, but occasionally something catches our eye, like this:

can melon trump sue for rose words about son

OK, so if you didn't hear, Donald Trump's ex-arch-nemesis Rosie O'Donnell re-tweeted a thing, and followed up on her website, about how maybe little Barron Trump is autistic. Is he? We dunno! It wouldn't be a bad thing if he was. This made MELON TRUMP! very mad and she called Rosie a bully, and according to TMZ, her lawyer fired off a letter telling the YouTuber who made the video suggesting Barron is autistic to take the damn thing down. It seems, though, that Rosie had good intentions, because her own young daughter, Dakota, is autistic, and Rosie seemed to be saying the Trumps could really raise awareness about the condition, IF their son is autistic. Again, we dunno! Rosie has since apologized for causing such a ruckus.

So, can MELON TRUMP! indeed sue "Rose"? We dunno, we are not a lawyer and we are too lazy to look around for one right now.

What we do want to say is, first of all, MELON TRUMP!

We think MELON TRUMP! would agree.

Now, as to the other Trump offspring, who are adults, the rules are as follows:

Now, we don't know if MELON TRUMP! would agree with those guidelines, but if she ever weighs in on the issue, we'll be the first to let you know what MELON TRUMP! thinks about it.