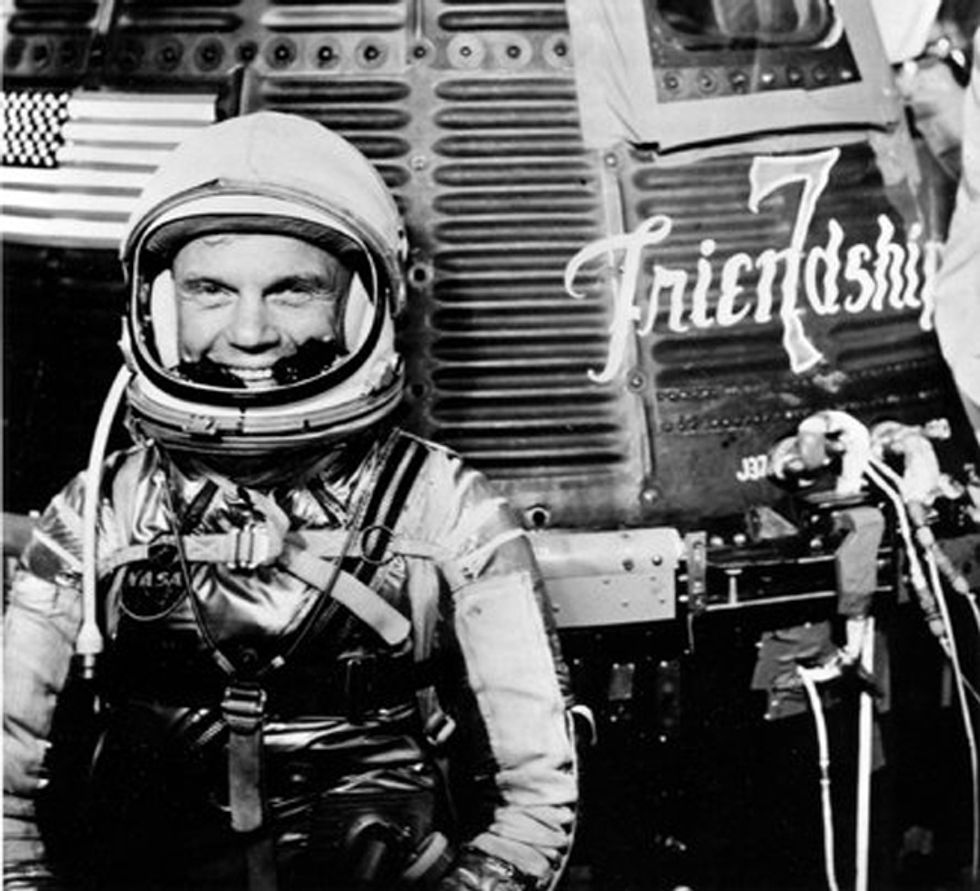 America lost one of its indisputable heroes -- and the last surviving astronaut from Project Mercury -- Thursday as John Glenn passed away at the age of 95. He was a fighter pilot in World War II and Korea, a test pilot who set a 1957 record for transcontinental flight, piloting a supersonic F8U-1 Crusader from coast to coast in 3 hours and 23 minutes. And of course he was the first American to orbit the Earth -- not the first in space; that honor went to Alan Shepard and then Virgil "Gus" Grissom, who both made suborbital flights first. But on Feb. 20, 1962, Glenn became the first American to orbit the planet, circling it three times before splashing down safely in the Atlantic -- after a scare that the Mercury capsule's heat shield was loose. It turned out to be a faulty indicator light. The Washington Post's obit notes that the flight was planned to go seven orbits,

but after the first, the capsule began to wobble. Mr. Glenn overrode the automatic navigation system and piloted Friendship 7 with manual controls for two more orbits, reaching a height of 162 miles above the Earth’s surface.

Yr Dok Zoom was a fetus at the time of Glenn's historic flight, so we don't remember it. We can at least say we were moving around in a cramped capsule at the same time.

Another cool thing about John Glenn: in the middle of the biggest national celebration for any pilot since Charles Lindbergh crossed the Atlantic, Glenn insisted that all six of the other Mercury astronauts be honored as well when he was invited to a ticker-tape parade in New York. Four million people showed up to cheer for the astronauts.

Also, with a relentlessly anti-science administration preparing to slouch into office, we'd just like to remind kids learning about the space program to dream big dreams, study hard, and remember what heroes are really made of (they are not made of cheap reality shows). We'll need some.