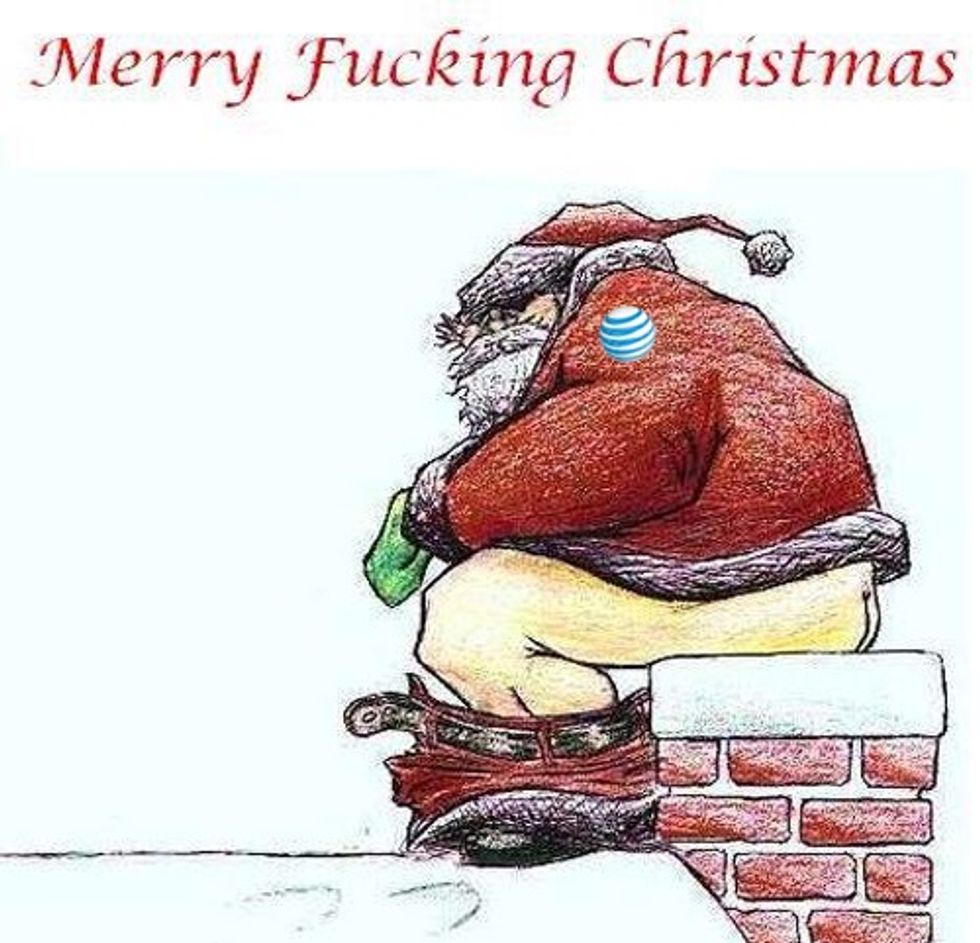 All those cookies and milk gotta end up somewhere...

Last Wednesday, right after the Republicans passed their Screw You, America, We Got Ours Tax Cut Act of 2017, you'll recall a number of great big corporations announced with great fanfare they'd be giving out big bonuses or raising wages, all thanks to the tax cuts, hooray.

Rejoice, Workers! Corporations Got Their Tax Cut, So Prepare To Be Trickled Upon!

Huge corporations wouldn't do anything out of purely cynical motives, would they?

We said it was bullshit then, and of course it was: By Friday, AT&T, which had proudly trumpeted the $1000 bonuses it was handing out to 200,000 employees, also let it be known -- far more quietly -- that thousands of workers were also going to get the axe. Six hundred workers in the Midwest got layoff notices because their jobs were in "landline and other legacy services" -- although AT&T at least said it would try to find them work in other parts of the company, maybe. Even before the tax bill, the conglomerate whacked some 700 DirecTV installers:

Other AT&T layoffs around the country included 215 technicians across the south and plans to get rid of 700 workers in Texas and Missouri come February. AT&T execs had also told the New York Times last year that "shrinking the [company's] workforce by 30 percent is not out of the question." But that was before the permanent GOP tax cuts for corporations, so maybe if you CLAP REAL LOUD and shout "I believe in Trickle-Down Fairies!" those cuts won't be necessary. It could happen!

When AT&T announced the bonuses, Donald Trump was super excited about the immediate effects of his brilliant policy victory:

Boy oh boy, we bet the news of the layoffs really made him mad, huh? By the time the news broke, he was already in Florida telling his Mar-a-Lago pals how much richer they'd just become. Still, we bet he'd have been really disappointed, if only there had been some way for him to have heard about the job cuts, you bet.

He'll be every bit as angry as he's been about Carrier laying off all those workers whose jobs didn't get "saved," at least. Believe me.

Yr Wonkette is supported by reader donations. Please click here to send us money -- you wouldn't want your snark outsourced to Mexico, would you?