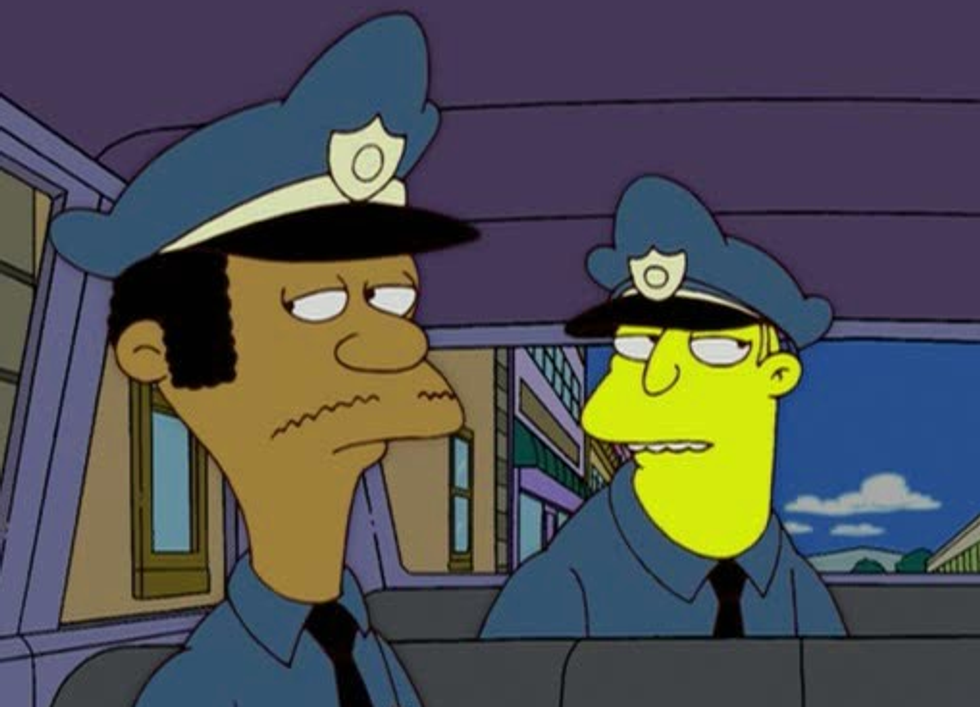 The "maybe it happened like this!" theories to explain the unsolved mystery of how Freddie Gray died from severe spinal injuries after Baltimore police arrested him -- besides that police severed his spine, because that could not possibly be the explanation -- continue. Conservatives were gleefully sure that his fatal injuries "may have possibly" resulted from a surgery the week before, except there was no surgery. And also, it strains credulity to think that if he had just had surgery on his spine, he'd be up and about the next week, criminally blacking all over the place and trying to outrun police -- AGAIN! -- because isn't spinal surgery kind of a big deal? Dunno, we are not a doctor. Just seems unlikely. But since that impossibility doesn't fly, how about this one, from Baltimore radio talk show host Tom Marr?

“I’m hearing that Freddie Gray may have sustained an injury himself while fleeing from police on March 20th, 2015. What I’m hearing is that in order to try to elude police, he jumped from a window, possibly as high as three stories,” said Marr.

It might have happened that way. Of course, the fatal effects of jumping out of a three-story building were delayed several weeks until, by coincidence, he was arrested by police and suddenly fell into a coma while being transported to jail. But if you don't buy that one, the Very Serious august pages of the Washington Posthave a theory you might like:

A prisoner sharing a police transport van with Freddie Gray told investigators that he could hear Gray “banging against the walls” of the vehicle and believed that he “was intentionally trying to injure himself,” according to a police document obtained by The Washington Post. [...]

The document, written by a Baltimore police investigator, offers the first glimpse of what might have happened inside the van. It is not clear whether any additional evidence backs up the prisoner’s version, which is just one piece of a much larger probe.

We hesitate to question the stellar reporting of the Post, who magically obtained a police document, by receiving a leaked police document, that suggests Freddie Gray broke his own back because ... ? He really didn't want to go to jail? He wanted to teach the po-po a lesson? The exposure to lead paint during his childhood made him do it? Black people have a tendency to kill themselves while handcuffed and in police custody?

Sure. Maybe. Although Jayne Miller, investigative reporter for WBAL-TV in Baltimore, says that's not what she was told -- by the police.

Can we really fault the Washington Post, though, for simply reporting, without a hint of skepticism, what the Baltimore Police Department leaked? After all, it's not as if this is one of those too-crazy-to-believe stories about a woman being gang raped at a fraternity, which is ludicrous because that NEVER happens, and any real reporter would feel obligated to doubt and independently investigate that kind of highly unlikely story. But a theory, floated by police, that a man so violently, and intentionally, banged himself against the walls of a police wagon that he broke his own spine and killed himself? Yep. Totally plausible.