Barack Obama And Two Other People Will Drink A Beer, Soon 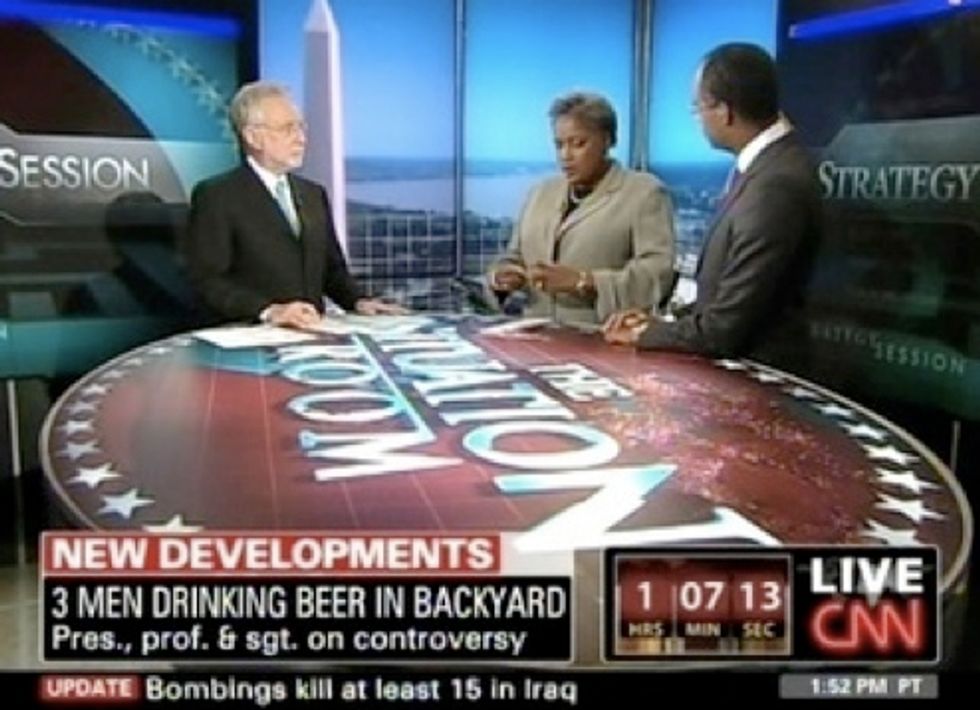 We read that CNN and MSNBC each have been displaying a "Beer Summit Countdown Clock" during their programs this afternoon, andhere's proof! (What's that alert on the bottom there? Something about many humans dying in that country we invaded and occupied just for shits and giggles? Ha ha, weird, whatever.) But maybe the Beer Summit will be GOOD FOR AMERICA, and Washington, which has just been making everyone insane this week, unlike other weeks.

America could use a few calm pictures of its president and a white person and black person drinking outside, and later, when it rains, going inside to play some Mario Kart 64. Can our president land the secret shortcut jump in Wario Stadium on all three laps? The future of the public option & national racism depends on it.