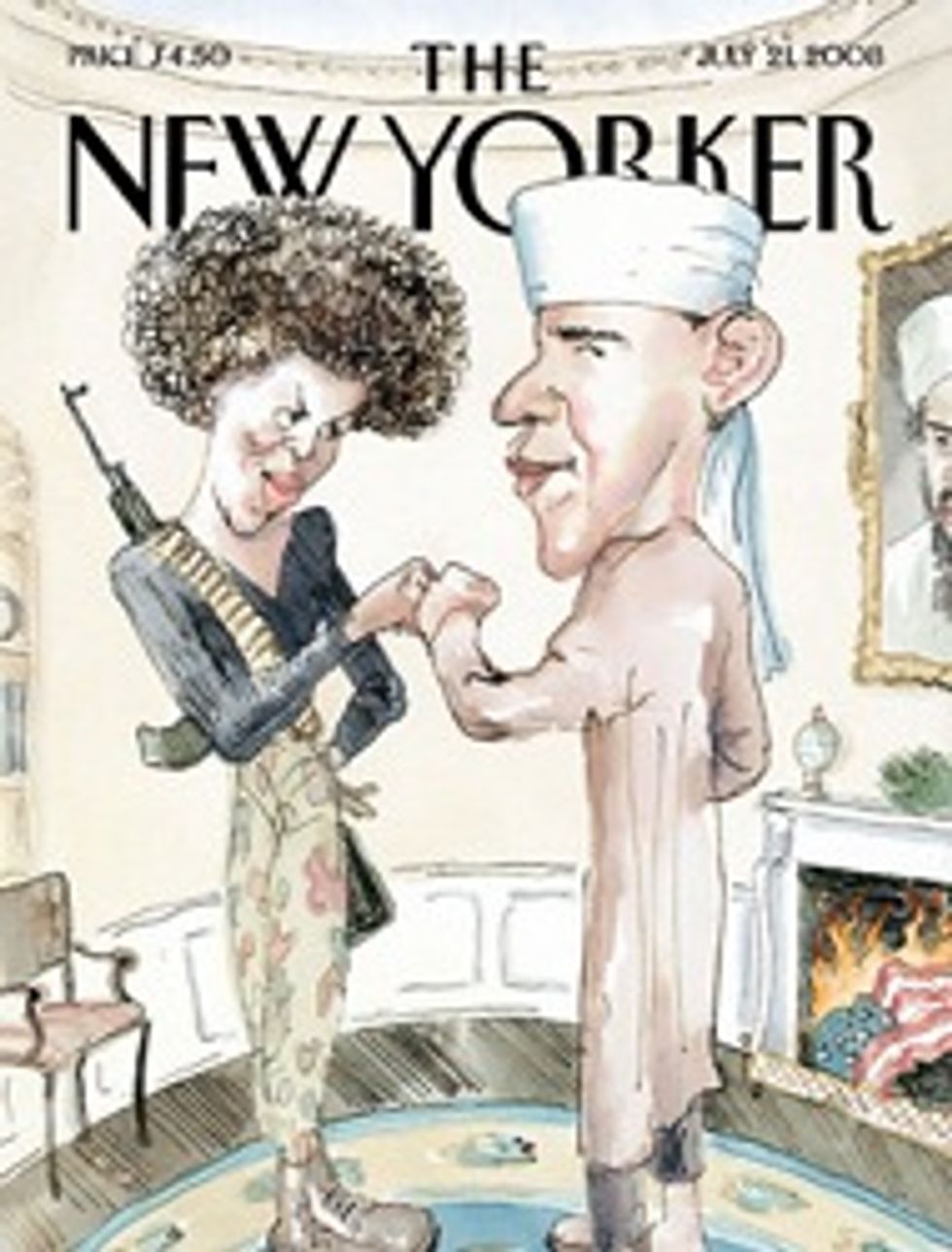 Why does Barack Obama hate the nation's hard-working comedians, satirists and cartoonists? That's the important question teevee-industry reporter Bill Carter is asking today, in aNew York Times piece complaining that nobody can make fun of Hopey because of hope, change, and racial transcendence. Yet the rednecks and racists are free to peck out their ALL CAPS emails and blog comments about how Barack Hussein Osama and his wife Angela Davis the Black Terrorist will turn America into some unimaginable place where black people aren't slaves.

As the whole dumb New Yorker flap proves, the liberal media has to be super careful when dealing with Barack, lest His earnest minions go crazy like they did when Charles Gibson and George Stephanopoulos implied at that one Hillary/Obama debate that black people can't swim and are always on welfare.

Beyond the fear of exploring the backwoods trailer-trash 12 percent's racist paranoia about Obama, there's the problem of Obama himself:

"The thing is, he's not buffoonish in any way," said Mike Barry, who started writing political jokes for Johnny Carson's monologues in the waning days of the Johnson administration and has lambasted every presidential candidate since, most recently for Letterman. "He's not a comical figure," Barry said.

When Stewart on "The Daily Show" recently tried to joke about Obama changing his position on campaign financing, for instance, he met with such obvious resistance from the audience, he said, "You know, you're allowed to laugh at him." Stewart said in a telephone interview on Monday, "People have a tendency to react as far as their ideology allows them."

The only thing truly laughable about Barack Obama, so far, has been the reaction from America's lower classes of openly racist idiots. And as the New Yorker cover proved, the line between satirizing that crowd and seemingly supporting their weird view is very thin and very hard to find.

It is, in fact, like the famous vaginal "G spot" -- it's never in the same place, and you never know how it's going to react.