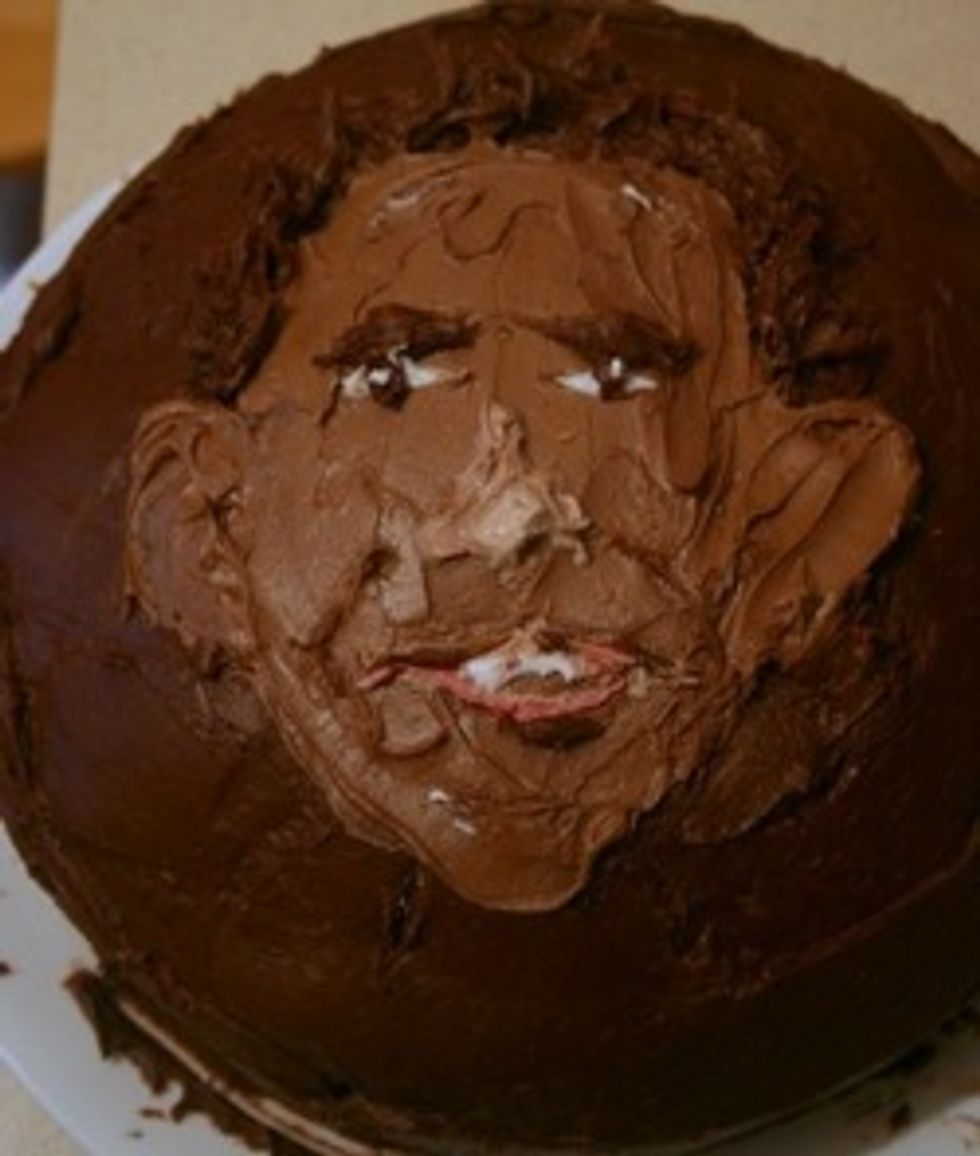 After posting the customary president-elect YouTube video to the internets, this morning Barack Obama and his family boarded a rickety old train for a daylong journey from Philadelphia to Washington, which takes about two hours on a normal Saturday, in a car. This dramatic gesture is meant to illustrate our nation's tragic fall from a gleaming superpower to a worn-out rust bucket inching through an industrial wasteland.

PHILADELPHIA — President-elect Barack Obama stepped onto a train car built in 1939, a time when his presidency would not have been possible in America.

Yes, because Barack Obama would've been Negative 21 Years Old at the time, which is only possible in crappy Brad Pitt movies based on mediocre F. Scott Fitzgerald stories.