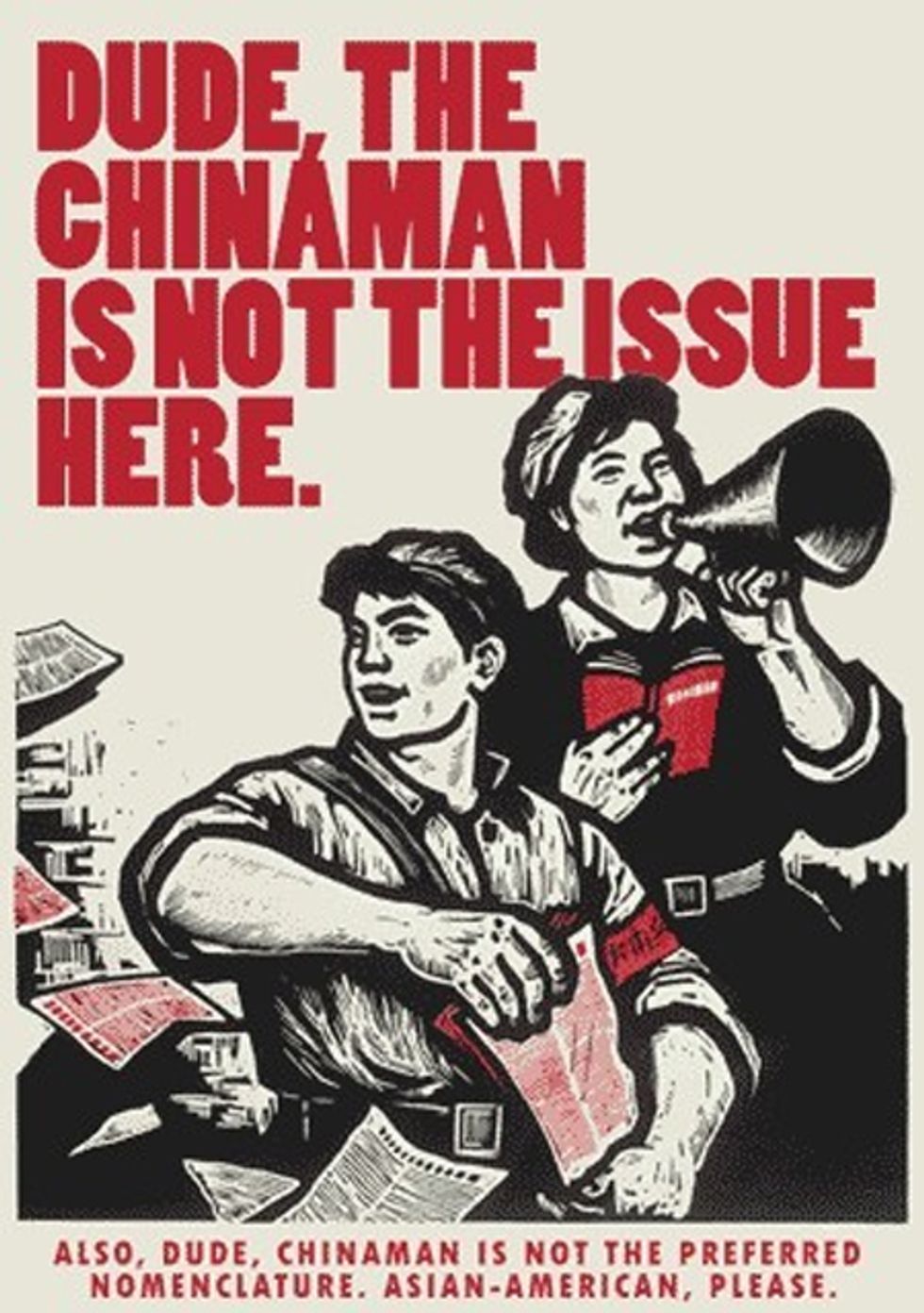 President Barack Obama took yet another move to divide America Friday, signing a bill that strikes outdated language like "Oriental" and "Negro" from federal laws. The bill, one of seven new laws Obama signed, was authored by Rep. Grace Meng (D-NY), who issued a statement saying, “The term ‘Oriental’ has no place in federal law and at long last this insulting and outdated term will be gone for good.”

In a rare bit of bipartisanship, the bill passed the House and Senate without any opposition; the Senate passed it unanimously last Monday and sent it on to the White House.

Reaction from predictable quarters was reactionary and predictable. The "Young Conservatives" blog ran a brief story accusing the administration unironically of "Whitewashing history, one day at a time," complaining,

If you’re a liberal, sticks and stones may break your bones, but words are the true killer.

It’s amazing that some people are so offended over the dumbest things. These words are a part of history; of America’s past.

Hardly anyone still uses these words today, so why cause such a fuss over nothing?

Remember, words have no power of you. Keep repeating that to yourself if you’re a Democrat.

The bill also updates several other terms in the U.S. Code, changing "American Indian" to "Native American" and "Eskimo" to "Alaska Native," for instance. Meng said she'd encountered the outdated language while researching legislation and decided it was time to update things:

Many Americans may not be aware that the word 'Oriental' is derogatory. But it is an insulting term that needed to be removed from the books, and I am extremely pleased that my legislation to do that is now the law of the land[.]

Commenters at Lucianne.Org were, of course, outraged and worried about the fate of our once-great nation:

If you're into branding trivia, the United Negro College Fund retains its name, but in 2008 the group shifted its logo and letterhead to simply "UNCF;" it retained the slogan, "A mind is a terrible thing to waste." This latter point is demonstrated daily on the internet.

As of press time, the president had not yet commented on whether he would issue any executive orders banning pissy hyperbole or turning back time to make rightwing morons more comfortable with the confusing new world in which they find themselves.