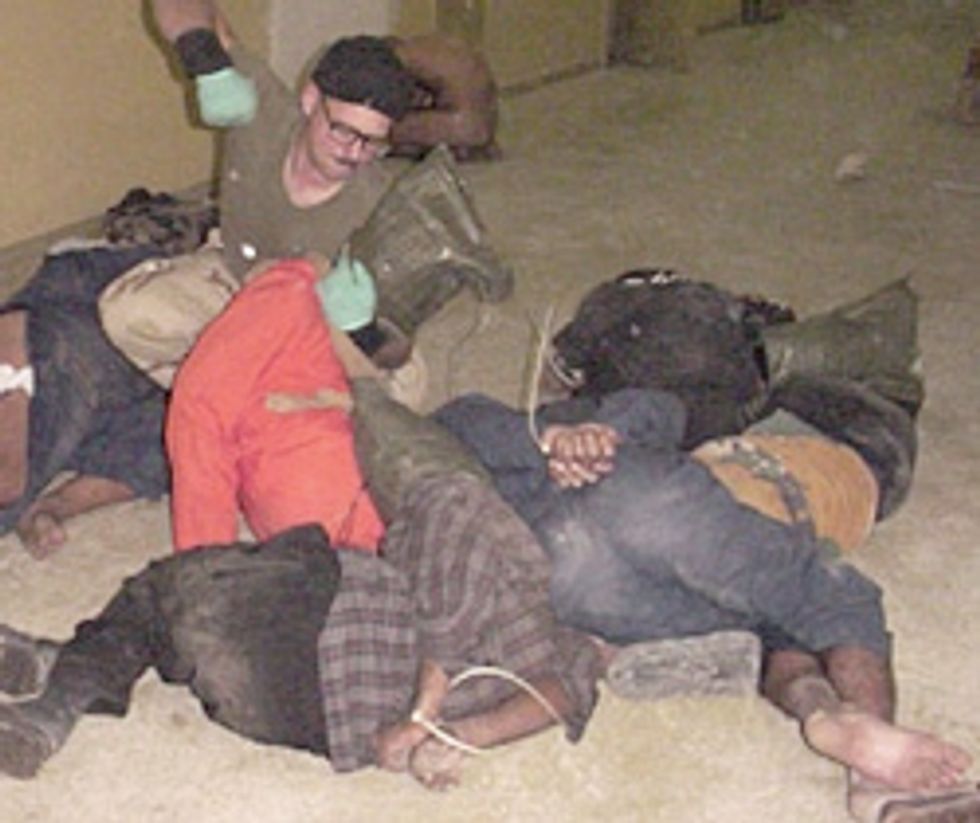 Because Barack Obama wants YOU to get bombed by random eastern Europeans of brown descent picked up on the street by clandestine American military agents for no reason in 2002, he's now going on about how "one of his first duties in office will be to order the closing of the U.S. military prison at Guantanamo Bay," probably within the first week of his illegitimate presidency. His order "will direct his administration to figure out what to do with the estimated 250 al-Qaida and Taliban suspects and potential witnesses who are being held at Guantanamo." Eventually Obama will form a new Economic Recovery Council Organization thing to oversee them, under the reign of Leon Panetta and Bono. And Paul Volcker. No, but really Dick Cheney will just keep them in his basement, as mousers. [AP]