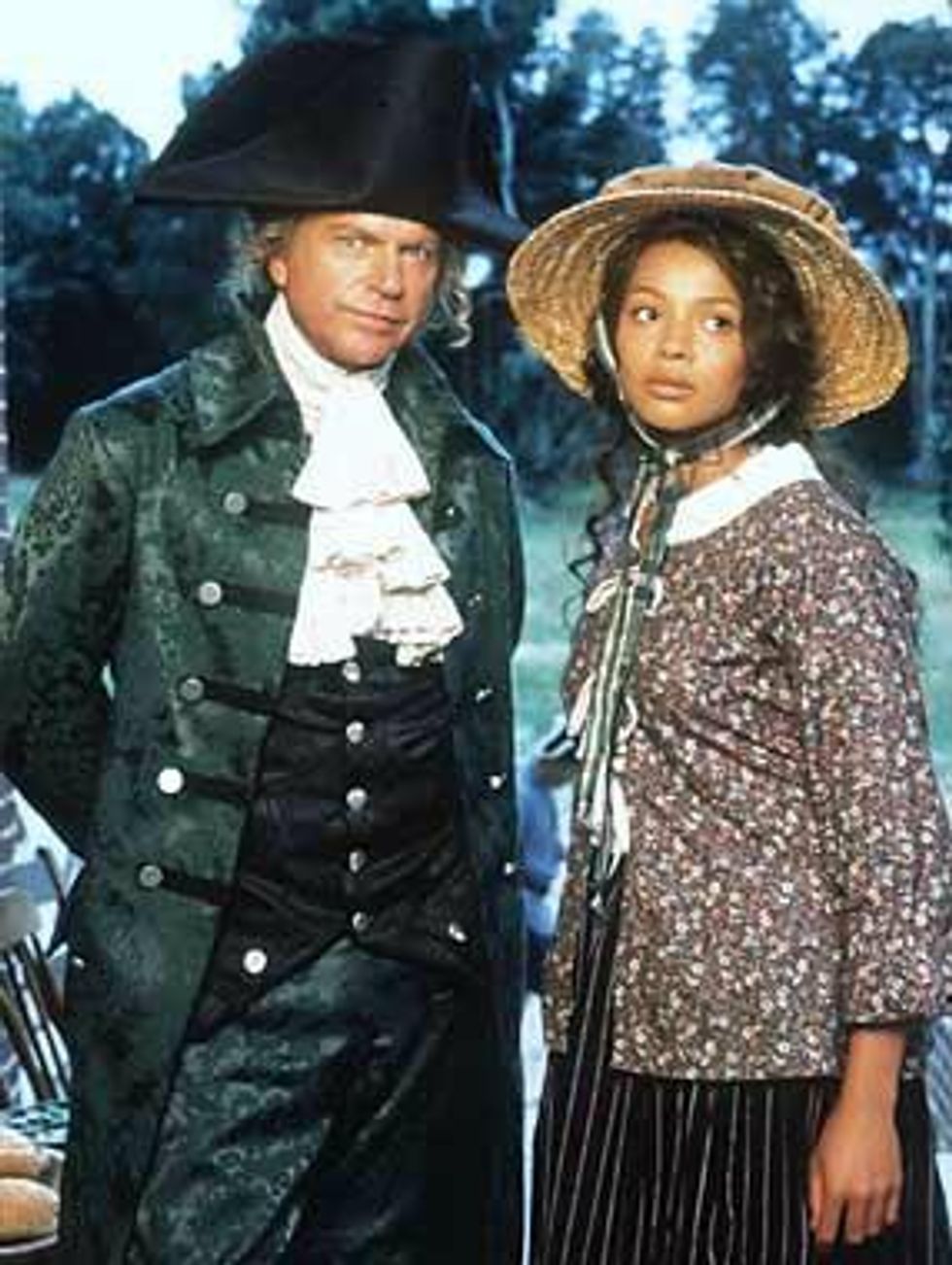 Oh hi there readers. Whatcha doing? Stuff? Work stuff? Fun stuff? Sexytime stuff? Are you in the Midwest and digging yourself out of a million inches of snow? Why not take a break and go read this delightful 2388-word (YES WE COUNTED THEM. ok, actually, we just cut and pasted them into Word, which counted them for us)article over at American Thinker? It starts out in a really promising fashion:

Thomas Jefferson owned about six hundred slaves over the course of his life. That is to say, he was involved in denying individual sovereignty to six hundred people. Barack Obama, by comparison, wishes to deny individual sovereignty to over three hundred million people. And yet according to the left, Jefferson should be dismissed as a hypocrite, and one of the noblest documents ever written reduced to the status of mere "politics," whereas Obama, who seeks to destroy that document, ought to be seen as a champion of equality and fairness.

Hmmmm...sounds compelling and innovative. Obama is way more slaveholdery than actual slaveholders. Let's see how this argument fleshes out, shall we? This being American Thinker, it is sure to be incredibly well-reasoned and coherent. There is no doubt that by the end of this article, we will totally understand how Obama is all slave-y and how owning actual people does NOT make you slave-y:

Property is a derivation from what Jefferson, following Locke and others, termed the right to life. A human being, as an animal, has a natural inclination to self-preservation; however, as a rational being, this inclination is not simply an instinct, but initiates a moral imperative, i.e., it becomes a matter of choosing to live in accordance with his nature, first and foremost by preserving himself.

Um, OK. So Locke and Jefferson invented property, and humans are animals (DO NOT TELL DENNIS PRAEGER THIS). We're still not getting to the part where Obummer enslaves us all with healthcare or debt or something. Let's keep going. (Readers, we're doing you a solid here and skipping over the approximately one million paragraphs that wouldn't be out of place in a sophomore philosophy class. Sample sentence: "Slavery is self-refuting, as it contradicts the foundation of property rights, namely that a human being owns himself." Thank us later.) After the "reading Locke while high and then writing about it" portion of the article passes, we get to the super-duper well-reasoned conclusion:

Jefferson was a man who opposed slavery at its root -- its incompatibility with the basis of private property, namely individual sovereignty -- but who found himself unable to undo the societal wrong in his lifetime, or even to extricate his own life from its taint. His ideas and his words paved the way for many great developments, not least of which was the end of slavery in America. His principled hope was achieved, albeit belatedly.

Obama, on the contrary, is a man who embraces the core principle of slavery -- the denial of individual sovereignty, i.e., self-ownership. His main difference on this score from the slave owners of the past is that, rather than pursuing the contradiction of defending private property while simultaneously defiling it, Obama merely wishes to undo property itself, thus rendering enslavement a universal principle of government.

Jefferson actually owned people, but later on some people read some Jefferson and thought that owning people might not be cool, so, ipso facto ergo, Jefferson freed all the slaves, including his own retroactively like magic. The Kenyan socialist pretender will take your monies and give them to other people via a scary thing called "taxes" so, also, too, Obama wants to own all the people in America. THAT IS AN AIRTIGHT SYLLOGISM GODDAMMIT.  To sum up: war is peace, ignorance is strength (which makes those motherfuckers at American Thinker incredibly strong) and freedom is slavery. The end.