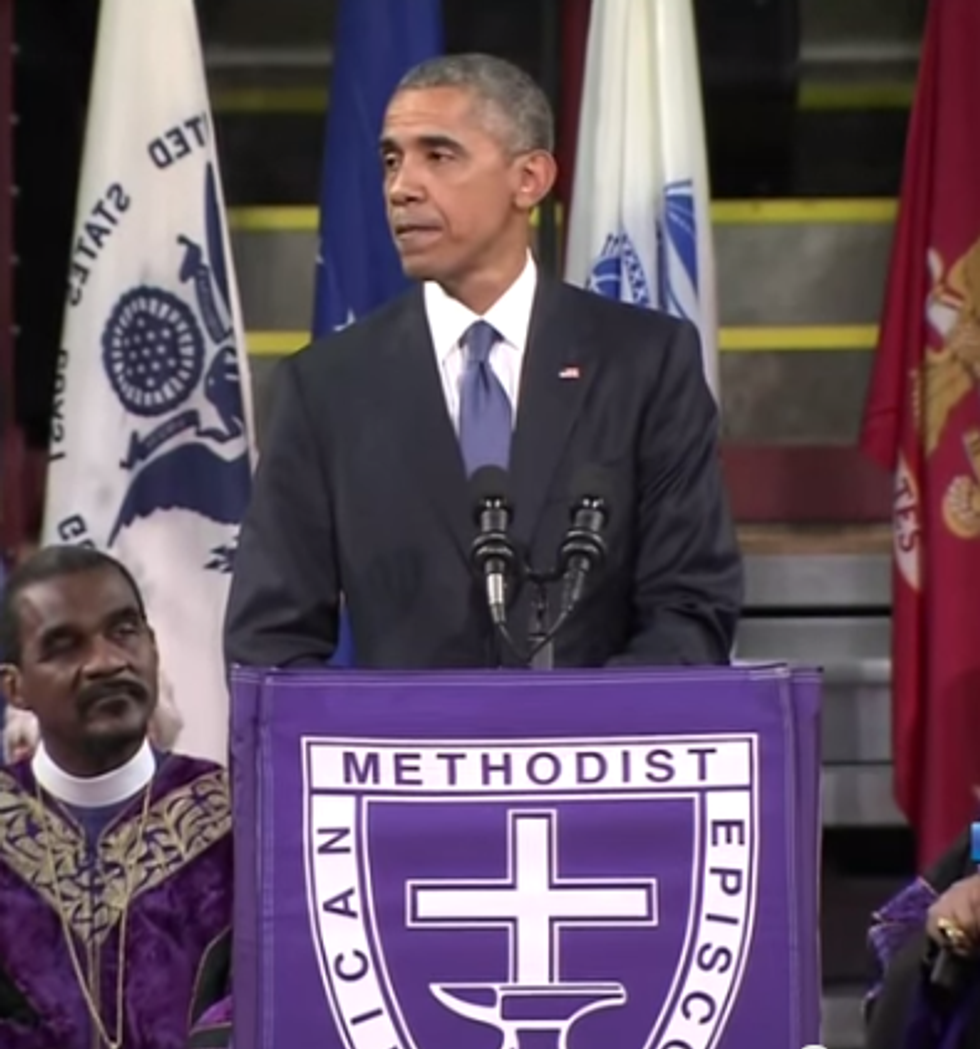 Friday was an astonishing news day -- it started with the Supreme Court rewriting the map of "states where gay marriage is legal." And then midday, while we were all still euphoric over that, President Obama gave his eulogy for Rev. Clementa Pinckney, the pastor of Emanuel African Methodist Episcopal Church and a South Carolina state Senator, who was murdered last week, along with eight of his parishioners: Tywanza Sanders, Susie Jackson, Cynthia Hurd, Sharonda Coleman-Singleton, DePayne Middleton-Doctor, Ethel Lee Lance, Myra Thompson, and Rev. Daniel Lee Simmons, Sr.

Given the scope of the tragedy, the eulogy called for more than just a good speech; it called for a great speech. What we got was perfection.

Honestly, how did anyone get any work done at all yesterday?

If you didn't see Obama's eulogy when he delivered it, you need to watch it. The president managed to reduce us to atheist tears more than once, with his genuinely hopeful message of the possibility of redemption arising from a horrific act. And while we don't sing the same tune theologically, it's a beautiful, inspiring melody that we can easily hum along with, and we're awed by the performance. You need to watch this one.

This being Wonkette, we are of course compelled to ask, "You know who else gave a speech like this?"

Simple: No other president or national leader, ever.