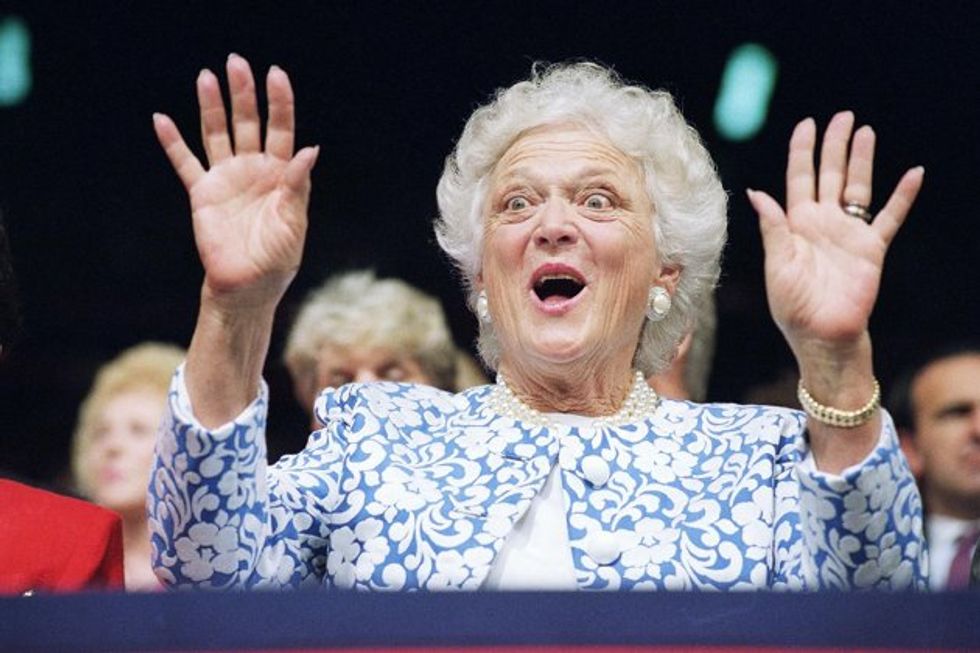 Hey, America's favorite (just kidding!) first lady, Barbara Bush! We know howwe feel about the legacy of your son, George W. Bush, and we know how America feels about it (they LOVE it!), but why don't you dust off that "famously blunt" mouthhole of yours and tell us how you feel. Should Jebbie be president next? Oh, not no, but FUCK NO?

"We've had enough Bushes," she said, saying "it's not just four families, or whatever."

Well shit. OK then, what about Neilsie?

Anyway, you hear that Hillz and Chels? We have had enough of the Four Families. (Bush, Clinton, and ... Adams? Pierce? We definitely don't need no more Buchanans up in there, so don't even think about it, "Pat.")

But we shall give credit where it is due and say that in this single instance, Barbara Bush does not sound like a heartless cunt so mean even Nixon was scared of her. (Well, she is maybe a little heartless to her one remaining non-fuck-up son, but like that is new.) Congratulations all around!