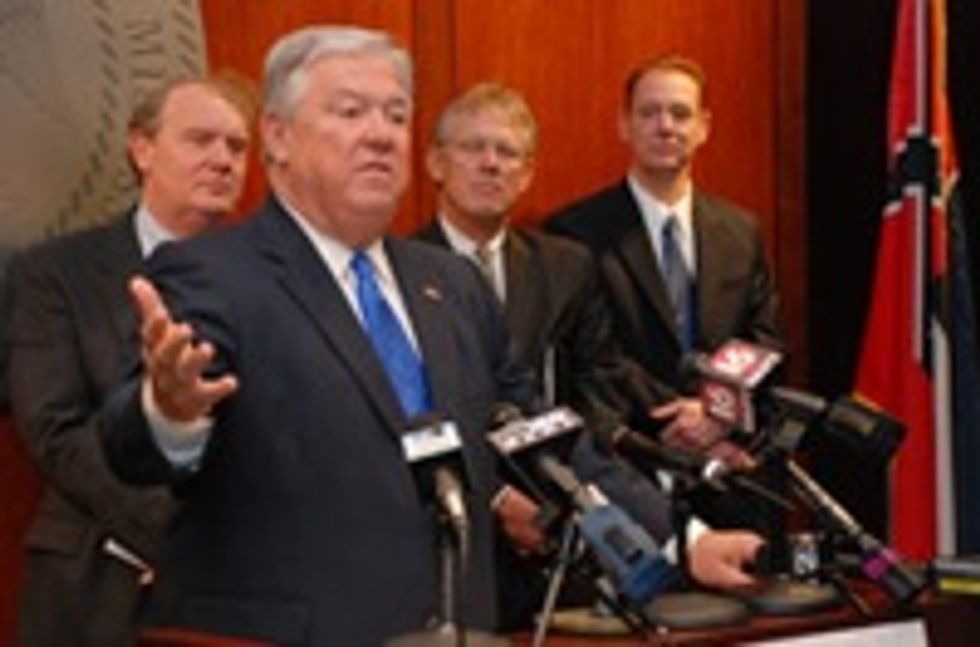 Hmm, so thatimportant meeting that Haley Barbour had with assorted Washington fancies on Monday night ... folks thought it was all just prelude to a 2012 run, but might it have had something to do with the whole Sanford affair? Because now Barbour is the new head of the Republican Governors Association -- at least, until he confesses to an illicit romantical affair with a South American canasta champion.

That was fast: The Republican Governors Association just announced that Mississippi Governor Haley Barbour -- already "in line" to take the chairmanship of the RGA -- has assumed it.

"As a former RNC chairman and one of the best governors in the country, no one is better positioned to takeover as RGA chairman than Governor Barbour," executive director Nick Ayers said in a statement.

The folks that Barbour met with on Monday were NOT members of the RGA, but whatever. The point is that whenever Republicans have a secret meeting, it's to talk about who will do the cleanup following the latest sex affair confession. Eventually, the only Republican eligible to run against President Obama in 2012 will be the one with no known sex organs (Mitt).