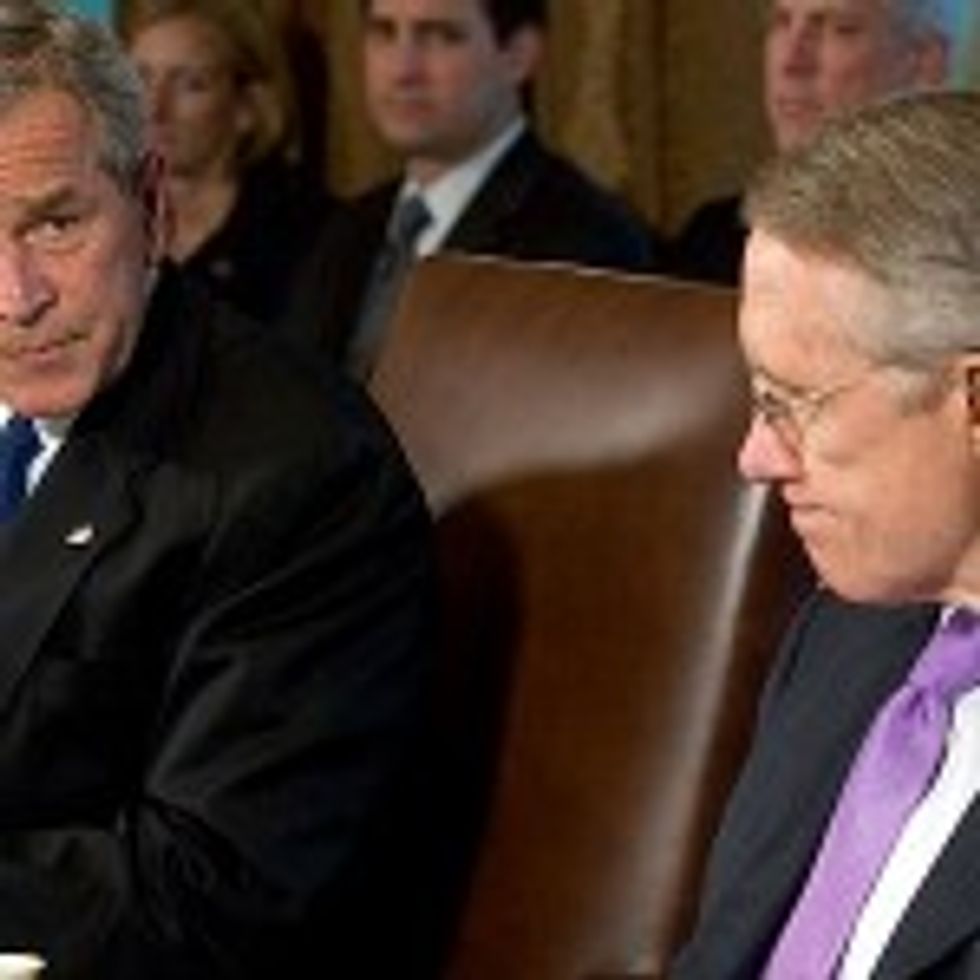 Barney Frank is ANGRY, again, and John McCain better stay away from the portly House Financial Services Committee chairman. He says they're all working with "serious Republicans" but that obviously means no McCain. Frank's doing a live press conference, which we would liveblog, but we already did one of those this morning and it's not even noon. Also, the People are going to start lynching CEOs (which is racist) if there's not some relief for the common folks, &c.

Oh, whatever, we will do some liveblogging of these people.

"And then, guess who came to town, and it all fell apart." HA HA HA HA. That's Harry Reid, talking about a certain walnutty old creep who broke everything, again. "Are they serious that one of the issues here is lowering the Capital Gains tax? .... We can have this done by midnight tonight, have it done."

More from Harry, who apparently grew a pair?

"Let's look at this realistically. Chairman Dodd has been on the banking committee for many years ... regulations and legislation are complicated ....

"Let's let the poeple who have been set apart by their colleagues in the Senate, let them do the work, let them do it, outsiders should stay out of the way ... the two presidential candidates are not involved, not on the committees ... we believe something should be done, but I repeat what Senator Dodd said: We did not create the problem ....

"Listen, isten, we're not in a numbers game. This is a problem created by Republicans, by this administration. But we want this to be bipartisan .... Senator Dodd will come to me and say 'This is the very best we can do .... Let's put it up for a vote and see what happens.'

"At probably 10 or 10:30 tomorrow morning we're going to vote on a resolution. We're legislators. Is it a perfect solution? No matter what we do here will be imperfect. And we need the House Republicans to join us. Thank you."