Basket Of Deplorables Also Basket Of Unfuckables, According To Science 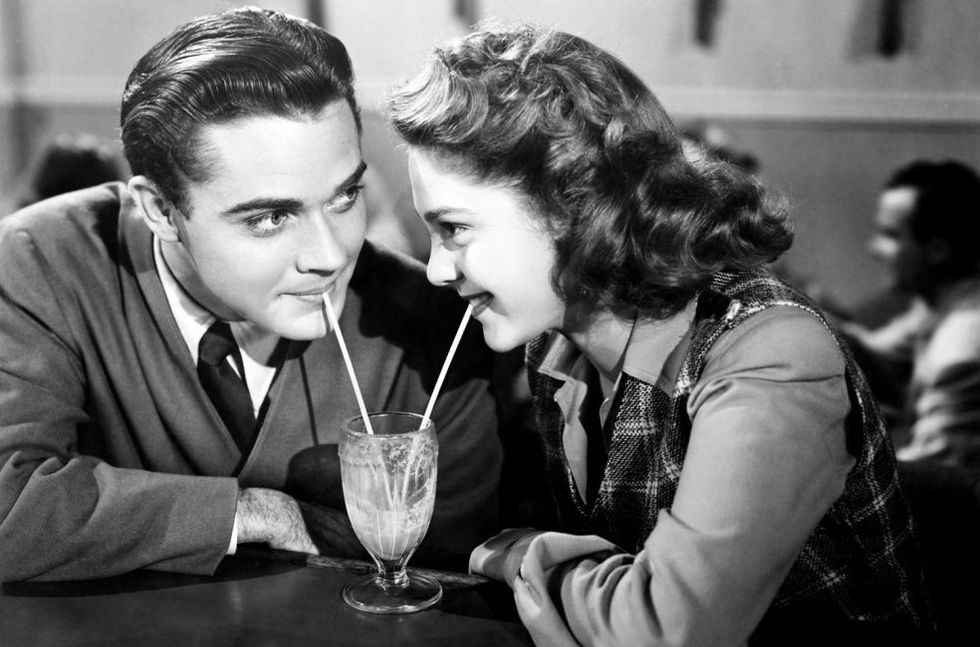 Move over, humanizing article on random Trump supporters from some random small town, a new "won't you pity the poor Trump supporters?" rubric is in town -- and it is all about how it is hard for them to get dates now. Which, of course, is a thing we are all very concerned about, especially given the tax scam the GOP just passed that is going to fuck over a lot of poor people.

The latest in this genre is a CNN article titled "Swipe Left If You Voted For Trump: How dating in New York is changing under the new administration." It is all about how many liberals in New York (and probably elsewhere) are getting all "Trump supporters need not apply" in their dating profiles. This is not entirely surprising. I wouldn't date a Trump supporter. Hell, according to OKCupid, their members are more likely to consider having voted for Trump a dealbreaker than golden showers. Yes, people would be more open to being peed on (or vice versa) than to dating someone who voted for Donald Trump. It's hard to blame them. At least the former can be rectified with a shower.

In the article, reporter Orlaith Farrell notes that he's noticed a trend in profiles on his various dating apps, especially in New York:

Since the beginning of the year, I started noticing a new dating profile. Flicking through Tinder, in the interest of immersive journalism, I kept seeing a biography specific to 2017. The photos were interchangeable: the look-at-me-with-my-niece-I’m-good-with-kids shot, the body-shot, and the look-I-visited-Machu-Pichu shot. (I’m starting to feel like I missed the Groupon for that trip). However, under the photos, a trend in descriptions was emerging. In Manhattan, where my app trawled for potential suitors, perhaps 1 in 20 would feature this new angle: The few short paragraphs traditionally filled with description or a witty quip were being used for political demarcation. Men and women were asking suitors to immediately discount themselves based on how they voted in 2016.

Farrell profiles several Trump supporters who are disappointed in the way their choice has affected their dating lives. Some have been outright ditched mid-date, others have been told by people on Tinder that they are no longer interested in them after they reveal their Trump love. Oh, how very sad for them. They just don't understand why someone would eliminate them as a romantic partner simply because they voted for Trump! As if that somehow says something about them, as a person.

“My politics don’t define me,” he says, with one of the great accents of a New Yorker with Italian heritage. There wasn’t much room for debate – “please stop talking to me,” she concluded.

“I think it’s nonsense” [Mike] Lagana told me. “Just because I voted for someone does not mean I’m this stuff. Oh, he’s racist, or he’s a Nazi or whatever the case may be. I’m not any of that. I take offense to it. You know nothing about me.”

I suggest he might experience more of those reactions over the next three years dating in NYC. “Eight” he counters, and laughs. Frequently coming across the “swipe left if you voted for Trump” bio, Mike ignores the demand. “I still swipe right. I would like them to know who I am first before I openly tell them I voted for this person. They know nothing about me. I’m a very reasonable guy. I’m a nice person, open-minded.”

I would argue that Mike Lagana is not, in fact, a nice person. While it is possible that he is pleasant, it is unlikely that he is nice. Nice people do not vote for someone who says racist shit or grabs women by the pussy without asking, who emboldens Nazis and white supremacists, or who, quite frankly, is Donald Trump. That is not a thing that nice people do. That is a thing that assholes do. I am not above saying that Trump supporters are assholes. They absolutely are.

Having voted for Trump isn't merely an innocuous opinion. It's not a difference in favorite color or food, it's not even having Paths of Glory as your favorite Kubrick film or not "getting" Harold and Maude.

Later in the same bar, a large group of men and women are celebrating a friend’s birthday. They included Hillary Clinton fans, Bernie Sanders supporters and non-Trump voting Republicans. Of 12, only one would consider dating a Trump voter, with the caveat of whether they have problems with the President now.

Over coffee on the Upper East Side, a woman in her thirties described the reactions she’s received when she revealed that she voted for and continues to support Trump. “I can’t believe you are college educated,” she recalls one person telling her. The native New Yorker was defriended by her entire field hockey team after sharing a video by right-wing provocateur Milo Yiannopoulos.

Not being able to get a date, or even being defriended by your entire field hockey time, is the least worst thing to have happened to anyone as the result of Trump being president. If that is the one consequence they suffer, they are still miles ahead of the rest of us.

The best way to romance Wonkette is to leave us a tip!