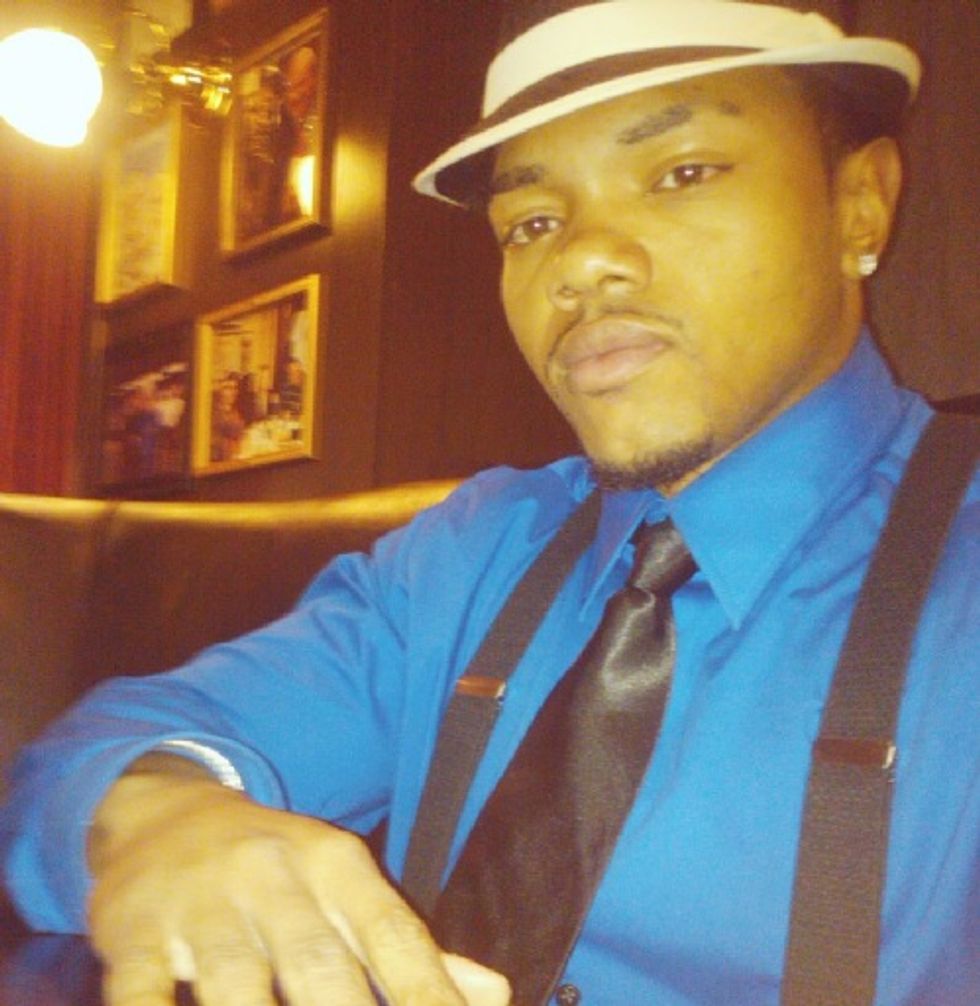 Yes, and he liked MRA jargon, too

Gavin Long, the suspect in Sunday's killings of three police officers in Baton Rouge, Louisiana, was by all accounts a strange stew of black nationalism, self-help mantras, and anti-government jargon. He was also affiliated with a bizarre offshoot of the "Sovereign Citizen" movement, and last year filed paperwork full of pseudolegal jargon proclaiming himself no longer subject to the laws of the United States. Which, no, you can't actually do.

“This group believes that they are indigenous to the continent and therefore above all federal, state and local laws,” said MacNab, who also is a fellow at George Washington University’s Center for Cyber and Homeland Security. “These documents show Long’s attempt to separate his flesh and blood ‘indigenous’ self from his legal entity self.”

The document is full of the sort of Sovereign Citizen word magic that these guys think nullifies their "ownership" by the federal government, such as his declaration that he is an "aboriginal" member of the United Washitaw de Dugdahmoundyah Mu’ur Nation, or "Washitaw Moorish Nation," a made-up Louisiana entity that claims to be an "ancient, 30 million-acre empire," on the territory of the "illegal" Louisiana Purchase, according to a 1999 report by the Southern Poverty Law Center. The group claims to be the "original" inhabitants of North America, having crossed the Atlantic before Columbus. Or maybe before continental drift happened, depending on their mood. Needless to say, their claim on the land predates the USA, so they're not subject to U.S. law.

In this chunk of his 2015 court filing, he changes his name from "Gavin Long" to his "indigenous name," "Cosmo Ausar Setepenra":

And here is his weirdass declaration that Gavin Eugene Long is no longer anything but a legal fiction who is now represented by the actual person Cosmo Setepenra. It's gibberish, but Sovereign Citizen types file similar nonsense all the time so they won't be subject to taxes, having to register their cars, and so on. Strangely, the courts never recognize the obvious truth of such documents, but that's OK, because Sovereign Citizens aren't beholden to the courts, as this document clearly states:

As the SPLC report says, it might be funny if it weren't associated with any number of crimes. At the time of the report, those were mostly financial grifts, like "money laundering and offshore banking fraud, the sale of apparently illegal license plates and other practices derived from antigovernment 'common-law' ideology." And now the sovereign movement is associated with another deadly attack on law enforcement.

Georgia Sovereign Citizen Fails To Arrest County Officials, Not Even With Constitution Magic

A Georgia sovereign citizen was thwarted in his attempt to arrest several county officials when police officers refused to obey his orders, even though he knows he has the authority to boss police around.

Yr Wonkette likes to have a laugh at sovereign types' pseudolegal flailings, like the Florida man who argued with a judge that he was not the same "David Hall" as named in court documents, but was actually the "agent and settler" for that guy -- after which the judge, who had encountered sovereign citizens before, informed Mr. Hall that he, the settler, the agent, the individual, and the legal entity, were all having their bail revoked as a flight risk. Just last week, we brought you the story of some Georgia sovereign citizens who completely failed in their attempt to "arrest" several county officials, even though the sovereigns had all the legal-sounding magic words on their side.

But as we said in that post, sovereign citizens are also very fond of the notion that if their bogus paperwork doesn't get them what they want, then the Second Amendment gives them the right to go farther: "These guys are hilarious when they’re talking in court, and far less funny when they get it into their heads that more direct action is needed." The two "patriots" who gunned down two Las Vegas cops and a civilian during the 2014 Bundy Ranch standoff were also fans of the sovereign citizen poison.

Like so many people attracted to weird beliefs, Gavin Long seems to have been a prime example of "crank magnetism," the tendency of a person to buy into multiple fringe beliefs. Long described himself on his Twitter account as

His Twitter feed is full of anger at police killings of black people, but also self-help tips and retweets of "Men's rights" memes, too, stressing self-discipline and living like an "Alpha" as much as militant politics, which explode into the stream after the shootings of Alton Sterling and Philando Castile. His YouTube videos took a similarly violent turn following the murders of police officers in Dallas. In one, posted July 10

“Zero have been successful just over simply protesting,” Long told his audience in a calm tone. “It doesn’t. … It has never worked and it never will. You got to fight back.”

We're going to have to disagree with him about the value of protest, and wish that maybe he had studied the life of John Lewis more. In another video, posted the day after Dallas, Long

encouraged “real” and “alpha” individuals who wanted change to move away from protests in order to invoke change.

Gavin Long appears to have been one seriously strange person, and it looks, at this point, like his murderous hatred of police grew from multiple, tangled sources. Even though he definitely was associated with a sovereign citizen group, it's exhausting to see everyone trying to pin blame for mass murders on a single factor: it looks like Long was both a rightwing nutjob and a black radical, plus a whole lot of other crazy, too. We understand the impulse to want the bad guys to be from "the other side" -- and yes, the American far right does use more violent rhetoric -- but it's also wrong to just scream at people we disagree with and say they're all murderers. Then when some guy who voted for Obama or went to a mosque commits a horrific crime, the right will scream, "No, YOU'RE the murderers!" And then we all scream at each other on the internet for a while, and Donald Trump ends up president. Of course, the common element in all these mass killings seems to be the ready availability of very powerful guns to people who shouldn't be armed, but it's far too soon to talk about that.