Battertits Is Not An Appropriate Professional Nickname, And Other Lessons From The Restaurant Industry 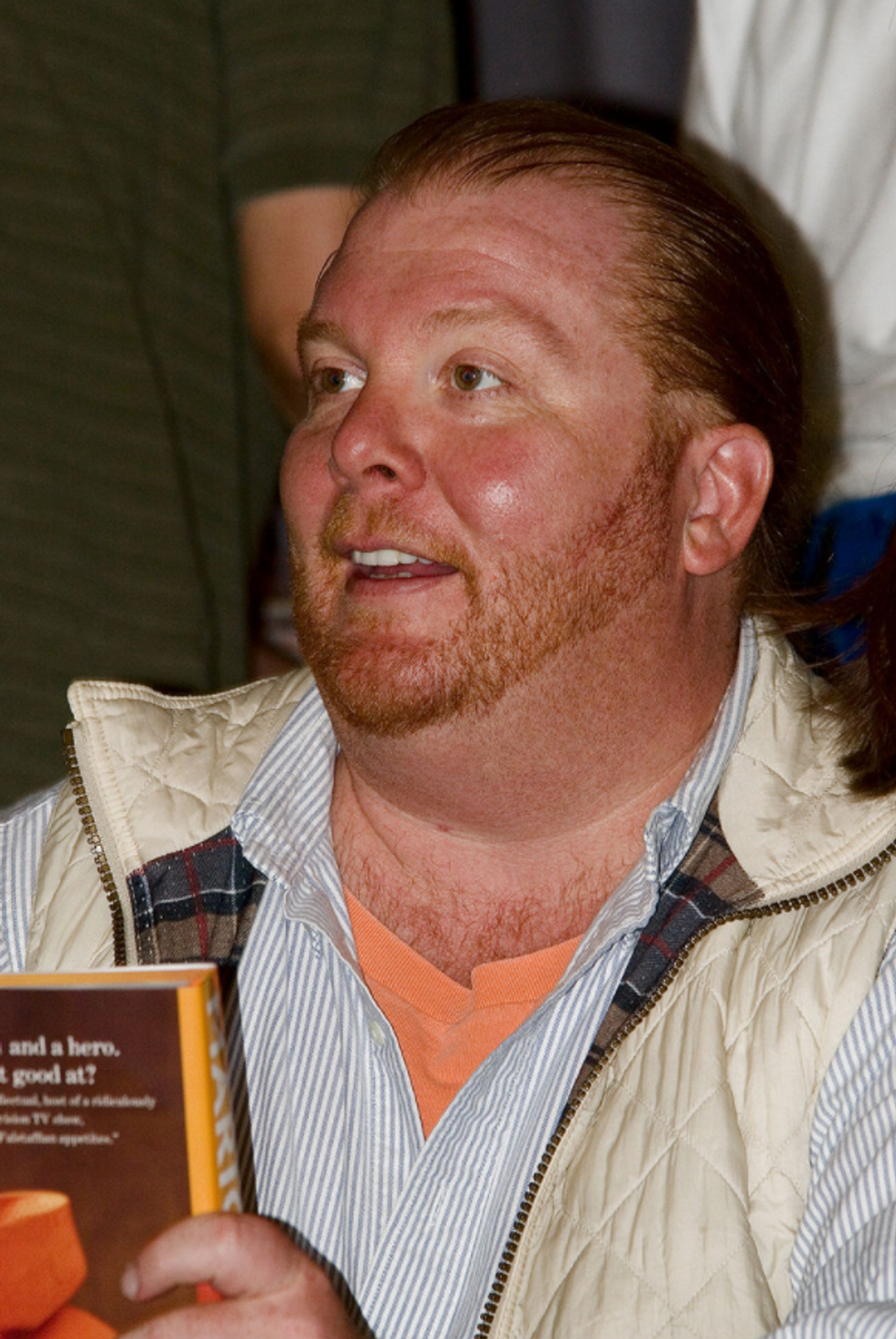 It's Rape Month, so every morning we wake up and see which powerful man has been forced to resign today! This morning's lucky perv: Mario Batali, famed chef. Batali has issued a statement saying that the multiple allegations of grossness "match up with ways I have acted," and so he'll be stepping back from his tiny empire of media and various businesses.

I have work to do to try to regain the trust of those I have hurt and disappointed. For this reason, I am going to step away from day-to-day operations of my businesses. We built these restaurants so that our guests could have fun and indulge, but I took that too far in my own behavior. I won’t make that mistake again. I want any place I am associated with to feel comfortable and safe for the people who work or dine there.

Thus endeth another stellar career, and justice has presumably been served now that the wealthy man has retired earlier than he'd like to (assuming of course that he will retire at all instead of go to sex addiction therapy for a few weeks and call it good).

But let's look at one sentence in that statement particularly: "We built these restaurants so that our guests could have fun and indulge, but I took that too far in my own behavior." What the hell does that mean, exactly?

One possible interpretation: Batali ran his restaurants in accordance with industry standards, which might mean that customers were encouraged or at least not discouraged to sexually harass his staff. Have to keep them happy, right, we're here to give them a dining experience. One where they can have fun and indulge.

Eighty percent of workers in the restaurant industry report being sexually harassed, according to ROC United, a restaurant workers' advocacy group. (If you don't know ROC you really should. They were formed to help displaced workers after 9/11 and have since been one of the most effective industry watchdogs; go check them out!) Much of that harassment comes from customers directly, and the behavior ranges from the innocuously annoying -- "what can I get you?" "Your phone number ahahahahaha aren't I witty and original (but seriously if you don't laugh fuck your tip)"  -- to the entirely criminal, like customers putting their hands up your uniform skirt and complaining to management that you were rude if you don't just ignore it. It gets worse: More than one woman's been trapped by a cook or manager in the walk-in.

There is no industry in America with a higher reported incidence of sexual harassment than hospitality. This is partially a culture thing, and partially down to the way the industry is fiscally structured.

Tipped employee wages in America start at $2.13/hourly. You report how much you made at the end of your shift, and if tips plus your base wage aren't enough to make up the federal minimum wage, your employer is supposed to top you off. It's like that because the business is so fluid: You might have an empty restaurant for hours, and then for two hours during dinner rush you can't feed them quickly enough to make room for the next customers.

The customers control your income. Also, the customers hate you. That's why you'll get at least one person a week who doesn't tip "on principle." But regardless, it is your job to keep them as happy as you can, because there are two ways a table can go: a decent tip, or not. Each table is a resetting of the game board. A lot of customers are men. For some godforsaken reason a lot of men seem to have weird fantasies involving waitresses, or possibly they just all think they're that impressive, but whatever the reason many men will hit on you as a matter of course. It is then your job to flirt back with them. If you don't, your punishment will range from a bad tip to an angry customer complaining to your manager that you were rude.

[Note for customers: Whatever you think you're about to say to that waitress/bartender/hostess that you are very proud of because it is witty and original and sure to impress, you might want to rethink that. It is not original, unless this is her first day on the job. Moreover, you are the tenth guy to hit on her so far today and she's only been here three hours, and she's got a boyfriend. She's humoring you because you are paying her to be nice to you. She does not have the option of walking away from this conversation. She either has to tolerate your bullshit lines or she won't make her rent.]

It doesn't take a brain genius to figure out that there are "good shifts" and "bad shifts" and that these correspond to how much you can expect to make in tips. A Saturday night is a better shift than a Wednesday night, which is better than a Monday afternoon. Management is in charge of scheduling shifts, which means that pretty much any skeevy middle-aged pasty guy who wants can hire a rotating stable of pretty young things and make them trade him favors for the good shifts. That might be tolerating lecherous comments or blowing the guy in the office, depending on the guy and the amount of money on the line -- and how desperate that young woman is to make her rent. It's not like she can just go to another restaurant; that place has a skeevy manager too.

All this means that trying to get management to stand up for you with customers is about as sensible as asking a giraffe to help you paint your kitchen. Management has no incentive to care about the staff's feelings, but they are very much incentivized to care about the customer's. The first time a guy grabbed my ass at a table, I marched directly back to the kitchen and told a manager, who asked me whether I was here to make tips or not. I never complained after that, because I was most certainly there to make tips.

Four out of five of the people you meet today during your lunch or dinner or fast-food run have been sexually harassed. Probably in the very building you're eating in. By the managers who stop by your table to see if everything was okay. By that sweet old grandpa four tables down eating his senior dinner.

Tip your servers and bartenders. Tip them double when you can. That food cost far more to get to your table than you probably know.

We do not sexually harass our workers and we also pay them decently so give the lady money here: