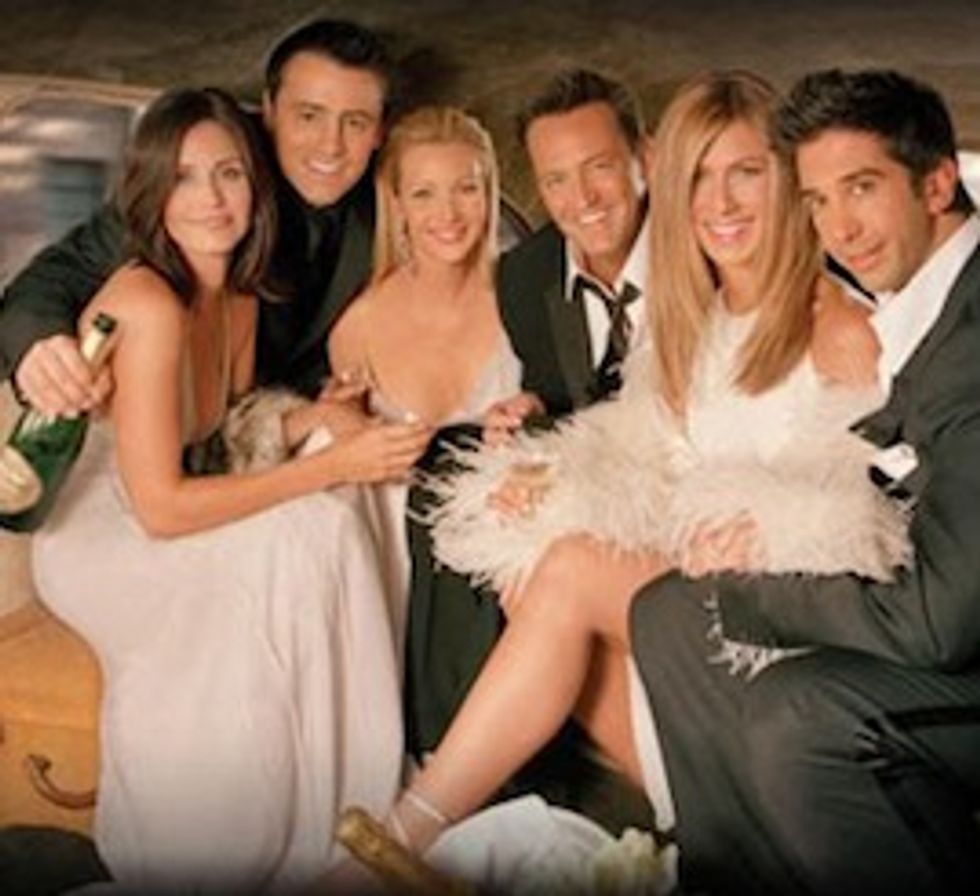 Throughout America's history, people have always hated Newt Gingrich. Republicans hate him, Democrats hate him, and of course the nation's wives all hate him. But a new historical document proves that Gingrich was just as unloved in the distant 1990s as he is today -- some say he was despised evenmore then, because people actually knew who he was, because he was the bloated little helmet-headed albino twerp who shut down the federal government because he didn't get enough Easter candies from the White House. For example, the producers of the beloved sitcom Friends made a special effort to personally shame the hypocrite "social conservative" Gingrich while also mocking Republican Family Values in general.

Among Shapiro's most revelatory interviewees is Marta Kauffman, the co-creator of Friends, who recalls how she hired a "bunch of liberals" to run the program to "put out there what we believe." In 1999, she admitted casting the actress sister of Newt Gingrich, the prominent Republican, to play a preacher at a lesbian wedding because she wanted to annoy conservatives.

"When we did the lesbian wedding, we knew there was going to be some flack," said Kauffman. "I have to say, when we cast Candace Gingrich as the minister of that wedding, there was a bit of a 'fuck you' in it to the right-wing, directly."

See, it's not just Newt's many ex-wives who hate his swollen guts. His own blood relations despise him, too! [Independent]