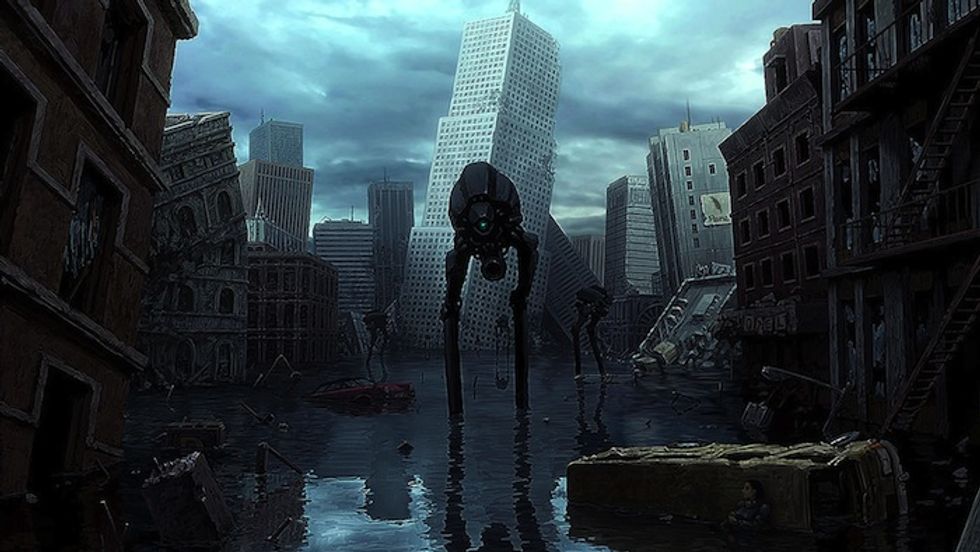 Here is a stupid story that is dumb: Borderland Books, a sci-fi and mystery bookstore in San Francisco's Mission District, is closing its Tardis portal (do they have portals? unclear) in March because of San Francisco's terrible horrible (but well-intentioned!) law mandating a $15 minimum wage ... in 2018. We're not science fiction bookstore owners, but we can try to do that math, and according to us, 2018 is three years from now. And yet this dumb and terrible (but well-intentioned!) minimum wage increase is claiming its first indy bookstore scalp now. Huh! That is so weird!

Borderland Books' statement on the situation does not make them look like Ayn Randian assholes taking their ball and going home. It makes them look like nice, hardworking people working for a pittance -- the owner claims a salary of only $28 grand, which, if true, does not make him an evil capitalist robber baron douchebag at all! And -- if true -- would indeed make 2018's increase in staffing costs untenable. That is sad! (The staggered increase of the minimum wage would mean a $1-per-hour hike this May.)

But what does the unquestioning reporter from ABC News San Francisco unquestioningly repeat? A big heaping pile of hooey, that is what!

Independent bookstores have faced tough times for quite a while. In San Francisco, neighborhood businesses have been passionately protected, so it's hard to believe that an initiative passed by voters to raise the minimum wage is driving a Mission District bookstore out of business.

By 2018, bookstore owner Alan Beatts says and ABC dude repeats, the bookstore will be losing $25,000 per year. And that's why it is closing now, three years before then, because of the terrible horrible (but well-intentioned!) increase in the minimum wage.

Bookstores all over are very sad, of course, because they don't get Kindle moneys, and apparently haven't figured out how to open cafes and serve $6 artisanal free-range gluten-free soyaccinos to their fewer and fewer customers. But honestly? Are they really paying their full-time (FULL-TIME) workers (MATH) $21,500 per year ... in San Francisco ... and going Galt at the first sign of a raise? Full-time? Really? We mean, we guess if they really are the high-school kids in their first job that the GOP is always yakking about, that would be hella beer money dude. But for anyone else, let's run more numbers!

Like the average apartment rent within 10 miles of the city: $3469? What's our full-time worker's monthly salary at last year's $10.75 minimum wage? Hmmmm, it is $1849 per month. Well, let them eat something from sci-fi, we do not know what that would be, oh, Soylent Green maybe? Sure, that.

Soooooo, anyway, sorry you are not Walmart and the feds and states aren't picking up all the cost of living for your workers, Borderland Bookstore. Have you considered a donate button?