Ben Carson Not Ready To Be President Of Cuba, Either 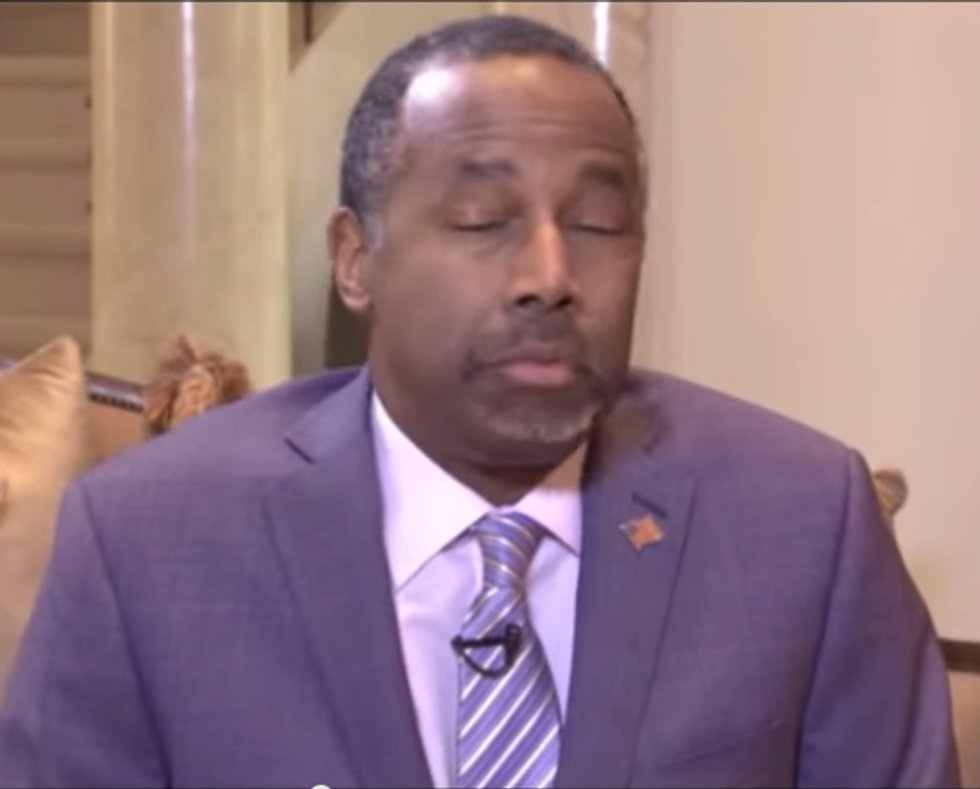 Brilliant neurosurgeon Dr. Ben Carson is being beaten up by the Liberal Media again with their "gotcha" questions and all that unfair stuff. In the latest outrage, Ben Carson was asked a whole lot of questions about American policies toward Cuban refugees in an interview with the Miami Herald, which is totally unfair because Dr. Carson hasn't even met any Cubans named Harold. When are the Media Elitists going to realize it is unfair to expect a presidential candidate of Ben Carson's stature to know things?

[contextly_sidebar id="f8VHnEdimZ6SHjwruVADj74DB7eKlFhZ"]Carson, who's currently taking time off from campaigning for the Republican nomination to sell a "book" he "wrote," probably shouldn't have allowed any questions that weren't about his book, but those sneaky Miami reporters slipped some policy questions in anyway, even though he very clearly stated that he doesn't "do" detail:

"I'm a little different than most of the candidates," Carson the author told the Miami Herald in a phone interview Wednesday. "I'm looking more nationally at everything that's going on across the country."

Even so, Herald reporters insisted on asking him questions about stuff that might matter to people in Miami, which seems awfully parochial of them. Not that Carson knows that word.

He was candid about not being up to speed.

"You're going to have to explain to me exactly what you mean by that," Carson said, asked about wet-foot, dry-foot. "I have to admit that I don't know a great deal about that, and I don't really like to comment until I've had a chance to study the issue from both sides."

Ummm ... Look, we don't claim to be running for president or anything, but even Yr. Doktor Zoom, who lives in landlocked Boise Goddamned Idaho, knows what the "wet-foot, dry-foot" policy is, for chrissakes. Hint: It isn't related to galoshes.

Carson also didn't have a clue what that Cuban Adjustment Act is, either -- "Again, I've not been briefed fully on what that is," he explained -- but when one of the Herald reporters described it, he said, "It sounds perfectly reasonable." Oh, but then came the gotcha!

The reporter then informed him of abuses to the policy by Cubans who obtain residency and claim federal government benefits only to make frequent trips back to the island. The abuses have been documented extensively by the South Florida Sun-Sentinel.

"I think the way to fix that is not so much to abolish the act, but dealing with the specific area where the abuse is," Carson said, noting that Medicare and Medicaid fraud is "huge -- half a trillion dollars."

Well then! Ben Carson can relate to fraud! We need to fix fraud. Like in Medicare. Hey, have you heard about all the Medicare fraud? He'll fix that. And also the Cuban fraud. He definitely isn't in favor of the Cuban fraud. Also, he wonders why Cuba doesn't just adopt a system of government like America's, since he's already recommended that for Israel.

Carson is, of course, in favor of keeping U.S. economic sanctions against Cuba, since Barack Obama is in favor of relaxing them, and believes the administration normalized relations too soon:

"I would certainly like to bring Cuba along, in terms of understanding how to treat people fairly. I think we've lost our leverage in doing so, because Raúl Castro's 83 years old," Carson said (Castro turned 84 in June). "He can't be there much longer. They're going to have a change in regime. That would be the time to normalize relations."

[contextly_sidebar id="CX4xBfYtC2aw4iHcaDzc3tI4bSmv1SVy"]We wouldn't be surprised to find out Carson thinks the Bay of Pigs has something to do with not offending Muslims, either. Maybe Dana Perino's husband should brief him on some basic Cuba facts. Insiders at the Herald tell Wonkette they tried to ask Carson if he knew what "Remember the Maine" referred to in Cuban history, but the candidate shook a finger at them and said, "You're not going to pull those gotcha questions on me again. We aren't even talking about New England."