Ben Nelson: 'I Know About The Holograms' 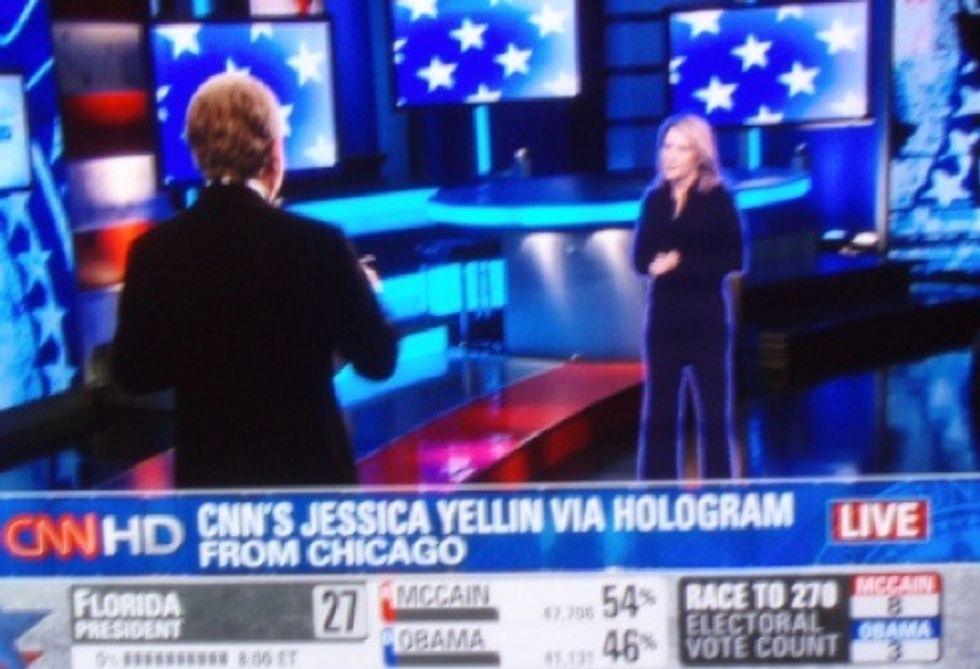 Here's a problem with the Senate: not all of the folks in it know much about everyday "human life" in America. Some do, though! Tom Harkin, for example, has been trying to add an amendment to the financial regulatory reform bill that would "limit the fees charged for using the ATM of a financial institution other than your own." These fees were not exactly what caused the financial collapse, but whatever, suck it you stupid ATMs. Harkin has been having trouble moving this amendment, though, becausepeople like Ben Nelson -- who always want to be so involved in everything -- have never used an ATM, can't explain how ATMs work, and then just start jabbering about "the holograms" to save face.

This is hilarious, from the Nebraska senator with such close ties to Omaha's many rich bankers:

The Nebraska Democrat pleaded ignorance when asked this week whether Congress should cap ATM fees. Nelson said that while he's no fan of unnecessary fees, he's unfamiliar with the charges.

“I've never used an ATM, so I don't know what the fees are,” Nelson said, adding that he gets his cash from bank tellers, just not automatic ones. “It's true, I don't know how to use one.

“But I could learn how to do it just like I've . . . I swipe to get my own gas, buy groceries. I know about the holograms.”

By “holograms,” Nelson clarified that he meant the bar codes on products read by automatic scanners in the checkout lanes at stores such as Lowe's and Menard's.

“I go and get my own seating assignment on an airplane,” Nelson said. “I mean, I'm not without some skills. I just haven't had the need to use an ATM.”

If only we knew as much about the Holograms as Ben Nelson does. What are their intentions, if not to kill the human race? Are the Holograms self-aware, and do they have access to Social Security databases? Do the Holograms have a god such as Robot Jesus? These questions, and more.