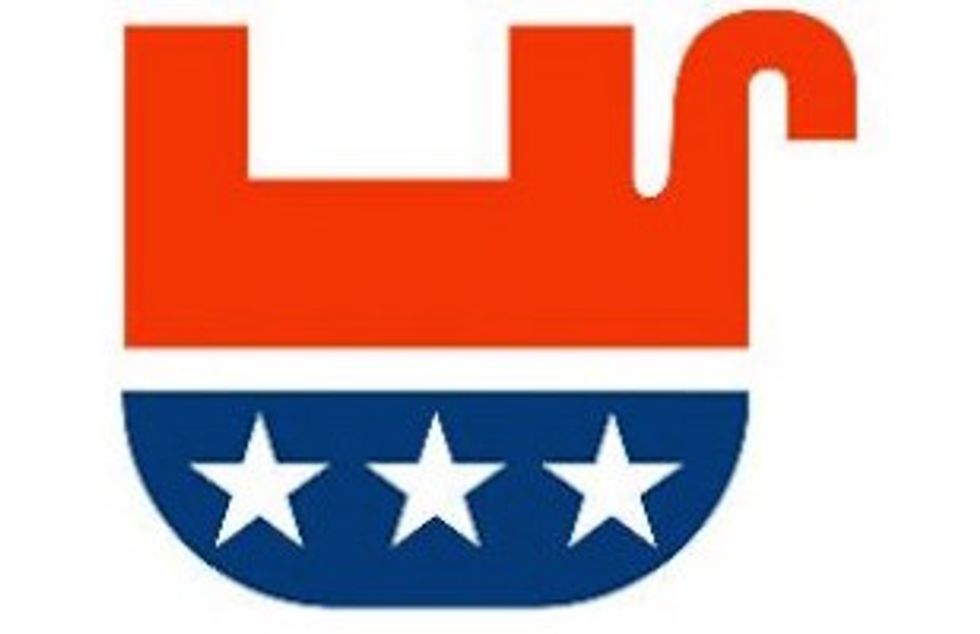 Republicans in Disarray: Part Who Can Even Keep Track Anymore?

Almost exciting news, everyone! For a whole half of a second, we were trying to scrape our shocked jaws off the floor after reading the BREAKING!!! news that Rep. Trey Gowdy (R-Benghazi), a tea party darling wingnut conspiracy theorist extraordinaire whose tinfoil hat is invisible so Obama's black ops henchmen can't track him, was retiring from the House of Representatives to go back to South Carolina and spend more time stocking up on End Times supplies.

But wait! Plot twist! Gowdy's office says that is a Not True Thing, never mind, carry on, Gowdy is going to stroke his Benghazi Committee gavel until the day after forever, BWAHAHAHAHAHA EVIL CHUCKLE!

An aide to Rep. Trey Gowdy on Wednesday denied a report that the three-term South Carolina Republican would retire after his term ended in 2016.

“No, he has not made any announcement about 2016,” Amanda Duvall, a Gowdy spokeswoman, said in an email.

So how the fuck did the Washington beltway work itself into an excited lathergasm about a retirement that apparently isn't? Ah, for that we must turn to one of the biggest idiots in Congress, Rep. John Fleming, MD. You know, the walking brain fart who expressed his outrage at Planned Parenthood's "abortion by the wholesale," because he read about an $8 billion -- with a B! -- abortionplex, including a movie theater and nightclub, as reported by The Onion.

Fleming appeared on CSPAN Wednesday morning and announced that Gowdy had informed his fellow morons in the House that was dropping the mic, see ya, peace out!

"Trey wants to go back to South Carolina, and God bless him for that," Fleming said on C-SPAN. When asked if that's what Gowdy has told other Republicans, Fleming confirmed it.

So how did Dr. Dumbnuts hear "I am retiring" when Gowdy never said "I am retiring"? According to one anonymous Republican representative in attendance at Tuesday's House Republican Conference meeting, it's because Fleming is just as dumb as we all think he is.

“Trey said something like, ‘I have no ambition for leadership, want to do my job on the select committee, and long to return home to my family in South Carolina.’ But to construe that as a retirement announcement is a real stretch. I think he just said that he misses being away from his family,” the GOP member said.

That explanation makes a heck of a lot more sense than the one where Fleming is not a moron and Gowdy is so homesick for South Carolina, he's up quittin' this mofo. Gowdy's teabagger buddies have been urging him to run for House Majority Leader, now that there's a likely opening, with current Majority Leader Kevin McCarthy sliding into the speaker's seat John Boehner's about to stop keeping warm at the end of October. Gowdy has said he's not gonna, though, because he wants to focus on reading Hillary Clinton's emails about doing yoga and watching "The Good Wife."

Kevin McCarthy, a top Republican lawmaker on track to become the next speaker of the House, credited the Select Committee on Benghazi for damaging Clinton’s poll numbers  — a surprising admission from a party that has sought to portray the investigation as even-handed and non-partisan.

“Let me give you one example,” McCarthy said, citing his conservative credentials during an appearance on Fox News with Sean Hannity Tuesday night. “Everybody thought Hillary Clinton was unbeatable, right? But we put together a Benghazi special committee, a select committee. What are her numbers today? Her numbers are dropping. Why? Because she’s untrustable. But no one would’ve known any of that had happened had we not fought and made that happen.”

Nice rookie move there, not-yet-Speaker McCarthy, completely undermining the efforts by the Benghazi committee to act like the eleventeenth investigation into how exactly Hillz and Bamz plotted to KILL FOUR U.S. AMERICANS!!! is not about exactly what McCarthy just admitted, oops: trying to damage Hillary Clinton's presidential run. Hmm, maybe McCarthy ain't quite up to the job after all.

Gowdy's office has not yet expanded on its semi-denial that instead of movin' on up in the House, he plans to move on out of DC, so there's always the possibility that John Fleming is still an idiot, but not about this one thing.