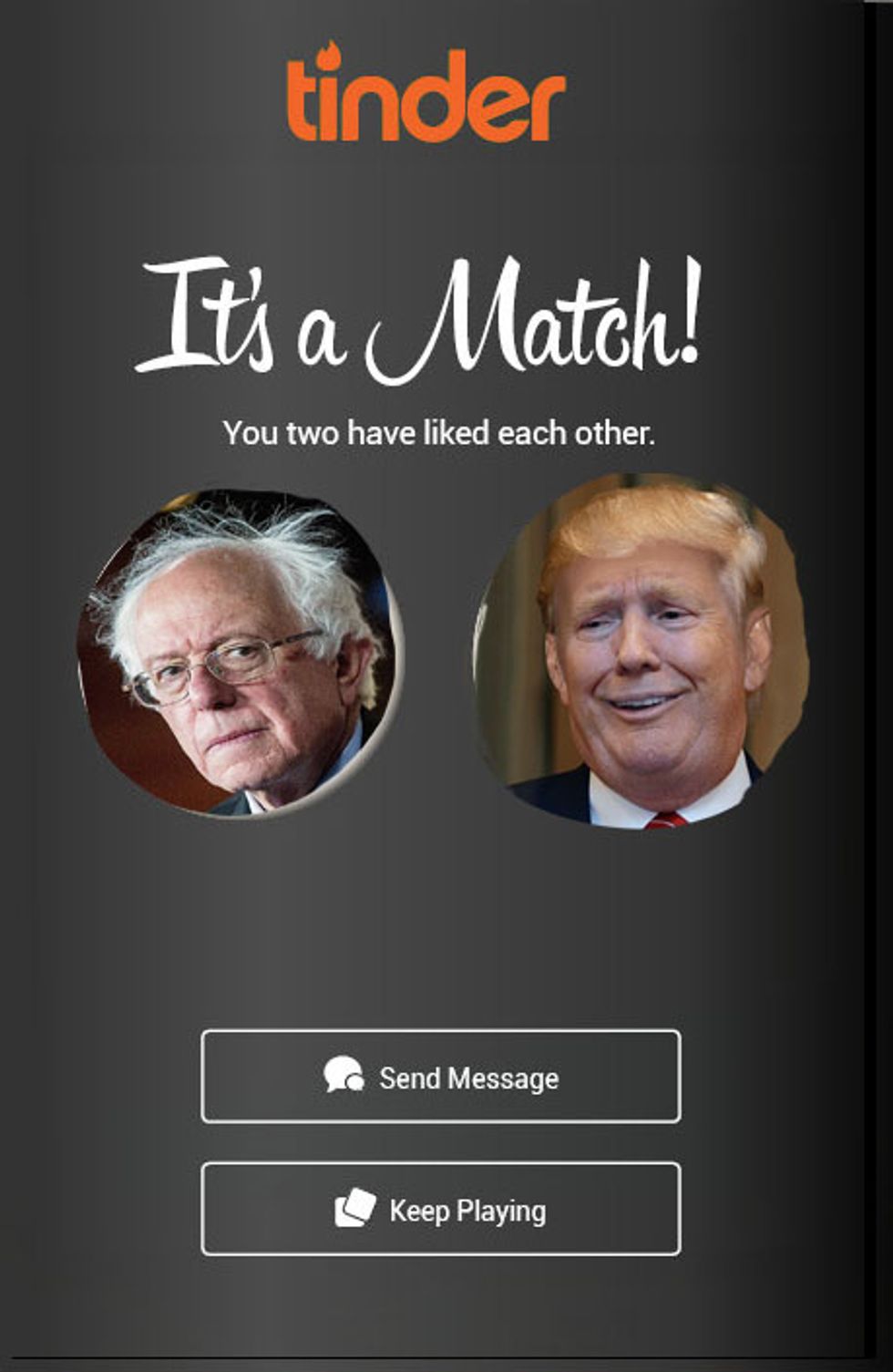 Thanks to the magic of the Interwebz, there is now a dating service for every cross-section of our sexy society! Whether your fetish is adult diapers, clowns, or religious zealotry, there's a weird hole in cyberspace waiting for your greasy Cheeto fingers in the meatspace.

If you're a Trumpkin, you've probably found it tough to get phone numbers from other sycophants when you're shouting your lungs hoarse at Nuremberg rallies. And it's not like you can just go to a bar and talk to other humans without spewing toxic waste, why Emily Post be rolling in her grave! Shame! Fortunately, you can stop beating your bits blue because there's now a dating site that will help even you hellspawn (GOD HELP US).

TrumpSingles was created by David Goss, a producer of shitty reality teevee, after he heard a story about two friends who wanted to make uggo babies until they found out they prayed to opposing crazy people.

Well, that's a big, steamy load of shit you're shilling, but continue...

Yer Wonkette Intern is the 35th member of TrumpSingles

"Many people I spoke with say they are going to vote for him, they’re just not going to tell anyone that they’re voting for him. They don’t want to be responsible if he does become president and messes things up...

OK-K-K, you lost me. You really want to vote for him, and you want to remain all "great silent majority," but you don't want to be to be "responsible" if he decides to get all rapey? Screw it, this is why you people can't have sexy times!

"I’m not doing this based on Trump’s politics. We try not to mention Bernie or Hillary. We want to bring together people who support Trump. We’re not political. We’re just taking advantage of the political season."

Oh, I get it now! It's all about the exploiting people for $4.95 a month! That IS a totally Trump move! You just need to grab a megaphone and run around like a psychotic carnival barker, threatening to shoot other Trumpkins if they don't sign up!

One of the more charming aspects of the site, aside from only having fewer than 50 registered users, is that your options for signing up don't have any of that confusing trans-whatsit language. Nope, TrumpSingles is only for dicks and pussies too scared to wear their politics on their sleeves.

But wait, there's more! Trumpkins are actually not the first to take their assorted sexual frustrations to the Interwebz (just the first to profit). That distinguished honor actually belongs to BernieSingles!

All quiet on the Western front...

After a few too many people felt a Berning, BernieSingles was launched back in February. It's pretty much what you expect, a free BookFace alternative that dank meme loving Bernie supporters have already forgotten about. Back in March the site boasted over 20,000 members, but it has since fallen to around 12,000 members.

Both sites maintain active active Twitter accounts where they recently engaged in an Internet slap fight.