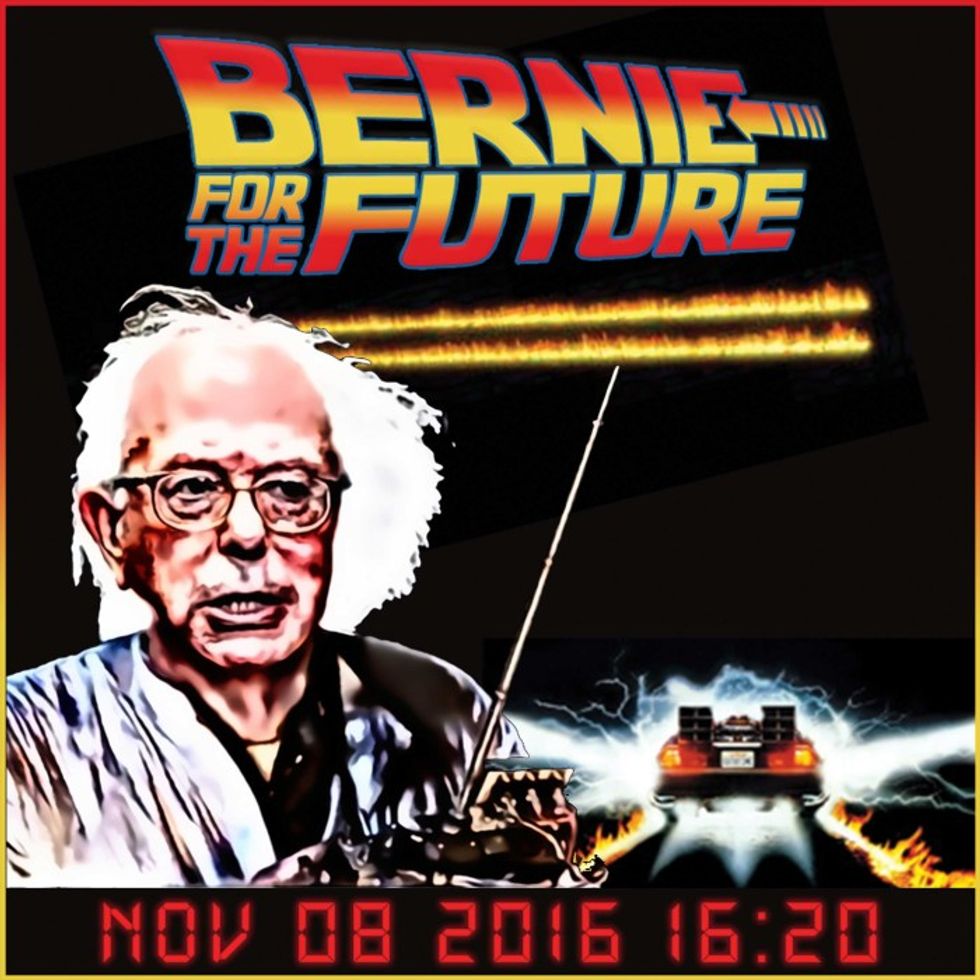 That's not hair, Madam, it's IDEAS.

A reporter got in BIG TROUBLE with Bernie Sanders, in a new interview for The New York Times, and it was the reporter Ana Marie Cox, who USED to be called Wonkette, like during the Truman administration when this mommyblog and recipe hub started, but she isn't anymore, because WE are your Wonkette, so stop tweeting in our general direction as if we are she, please and thank you. Anyway, why you mad, Bernard? You don't want to answer questions about your luxurious white locks of love? Why Old Wonkette gotta be so sexist about Bernie's hair, yo?

Yeah. Is that what you’re asking?

Yeah. O.K., Ana, I don’t mean to be rude here. I am running for president of the United States on serious issues, O.K.? Do you have serious questions?

I can defend that as a serious question. There is a gendered reason — When the media worries about what Hillary’s hair looks like or what my hair looks like, that’s a real problem. We have millions of people who are struggling to keep their heads above water, who want to know what candidates can do to improve their lives, and the media will very often spend more time worrying about hair than the fact that we’re the only major country on earth that doesn’t guarantee health care to all people.

Hold on one minute, mister! Hillary Clinton is ALSO running for president of the United States on serious issues, and she has hair, and Bernie Sanders has hair, and I don't know why we can't just agree to have hair, unless you are a Bald, which is fine.

Anyway, for real, though, we agree that candidates should not be answering questions about their hair, especially when they're both running against a man whose hair is so classy, because what are they even going to say about their weak hair?

Now, to be fair to Ana Marie Cox nee Wonkette, she asked a LOT of serious questions, like what do you think about Donald Trump, and has he heard about the hashtag #BernieSoBlack, where everybody says things about how black he is, and how are you going to be president, if you are a dirty socialist? The answer to all these questions was "yes."

BUT NO HAIR QUESTIONS, MADAM.

If you are a Wonker who likes Bernie Sanders very much and also acknowledges that he has some wild and crazy hair (and why wouldn't you?), you should visit the Wonkette online flea market and check out our Bernie Sanders T-shirts (pictured above!) and Bernie Sanders coffee mugs, which feature his hair and his serious issues equally, but in a sexy way. You like this idea, yes? You go buy things now, the mailman will bring them to you.