Bianca Devins Was A Beautiful Girl. A Man She Trusted Murdered Her. That's The Story.

Just a week ago, Bianca Devins, age 17, was a normal teenage girl living in Utica, New York. She had just graduated from high school, she worked as a model, she liked video games, and she was active on Instagram and Tumblr and the 4chan boards /soc/ and /fa/.

This weekend, she was brutally murdered by a man who had been stalking her. That man then posted pictures of her nearly decapitated body on Discord and 4chan and then tried, and failed, to kill himself. Those pictures have since been passed around and shared by disgusting people all over the internet — some because they trying to get attention for themselves, some because they wanted to revel in the murder of a teenage girl.

While initial reports claimed that Devins had met her murderer, Brandon Clark (AKA Brandon Kuwaliski), who went by "yesjuliet" on Instagram, on a Discord server chatting about video games, her family has since revealed that she and they knew him in real life and he was considered a "family friend."

"it wasn't just an 'internet boyfriend' this was a close family friend whom we've met and trusted so much. I do not want false information being spread around."

A woman identifying herself as a friend of Devins's also posted this to Twitter:

The initial reports about Devins's murderer came from a tweet thread by Ian Miles Cheong, who rose to prominence arguing against the shitty, sexist "Gamergate" movement but is now on the far Right. Cheong claimed that he had information identifying Clark as a "beta orbiter" who became obsessively in love with Devins after playing a few video games online with her, later sending her the following series of terrifying messages, and then finally killing her when she went to a concert with another guy she met on a Discord server instead of him. 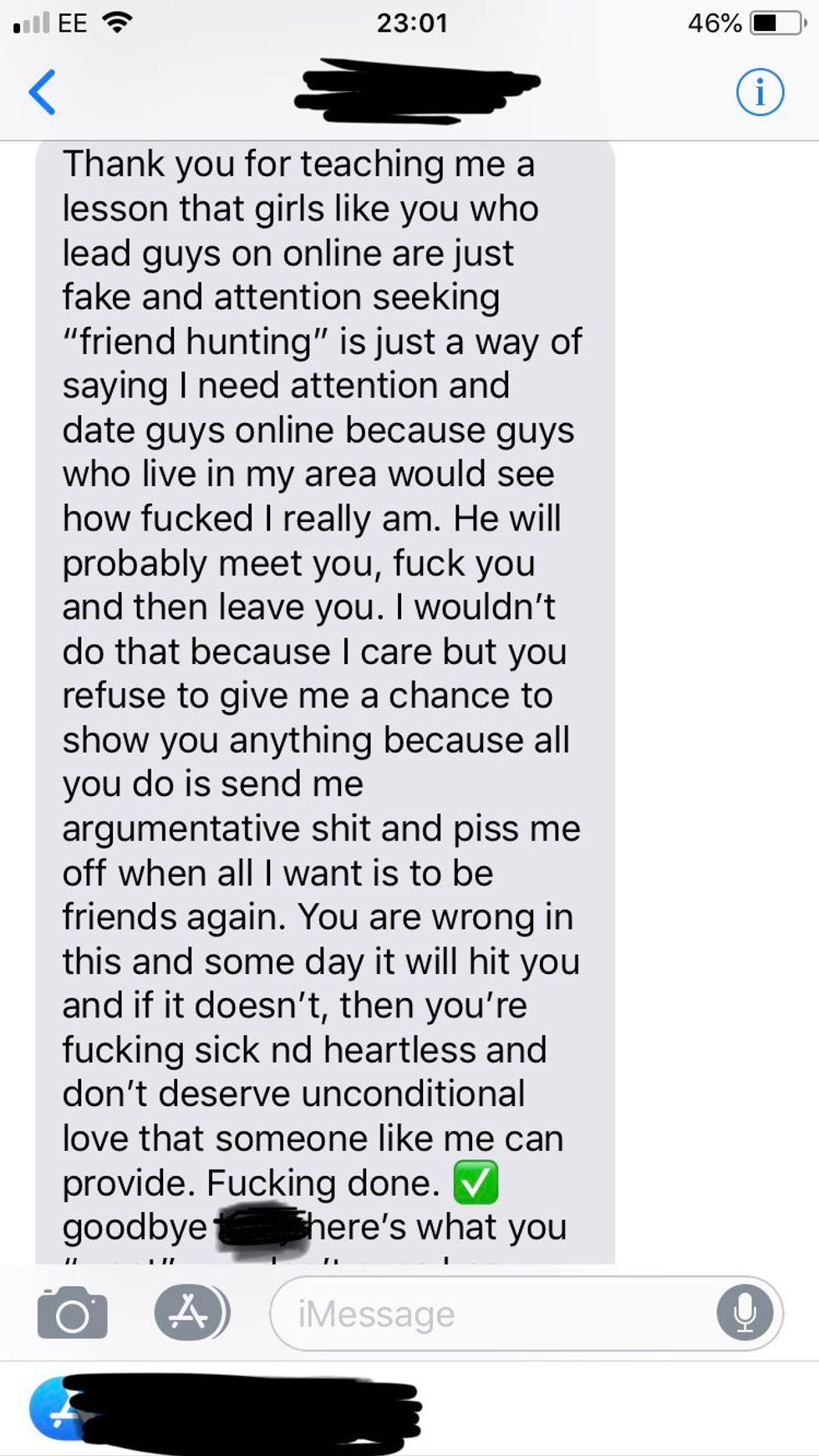 Cheong also reported that Devins was an influencer of a sort, called an e-girl by her followers, but it now turns out that while her follower count on Instagram has since surged to over 50,000, she had only 6,000 followers prior to her death.

The New York Post is now reporting that the pair had in fact been dating for two months:

The pair, who met on a dating app, had been in a relationship for roughly two months when they went to a concert in Queens on Saturday night, according to [Lt. Bryan] Coromato.

They got into an argument at the show and drove to Utica, where police believe Clark allegedly pulled onto a side street and killed her, Coromato said.

Clark then slit his own throat and posted the picture to Instagram, with the caption "I am sorry Bianca" and changed his bio to "10/06/1997 – 7/14/19. Just know that I feel no pain now." He was found in his car by police and was rushed to a hospital for surgery. He will likely survive, she, almost definitely will not.

He posted this to Instagram in the hours before his attack: 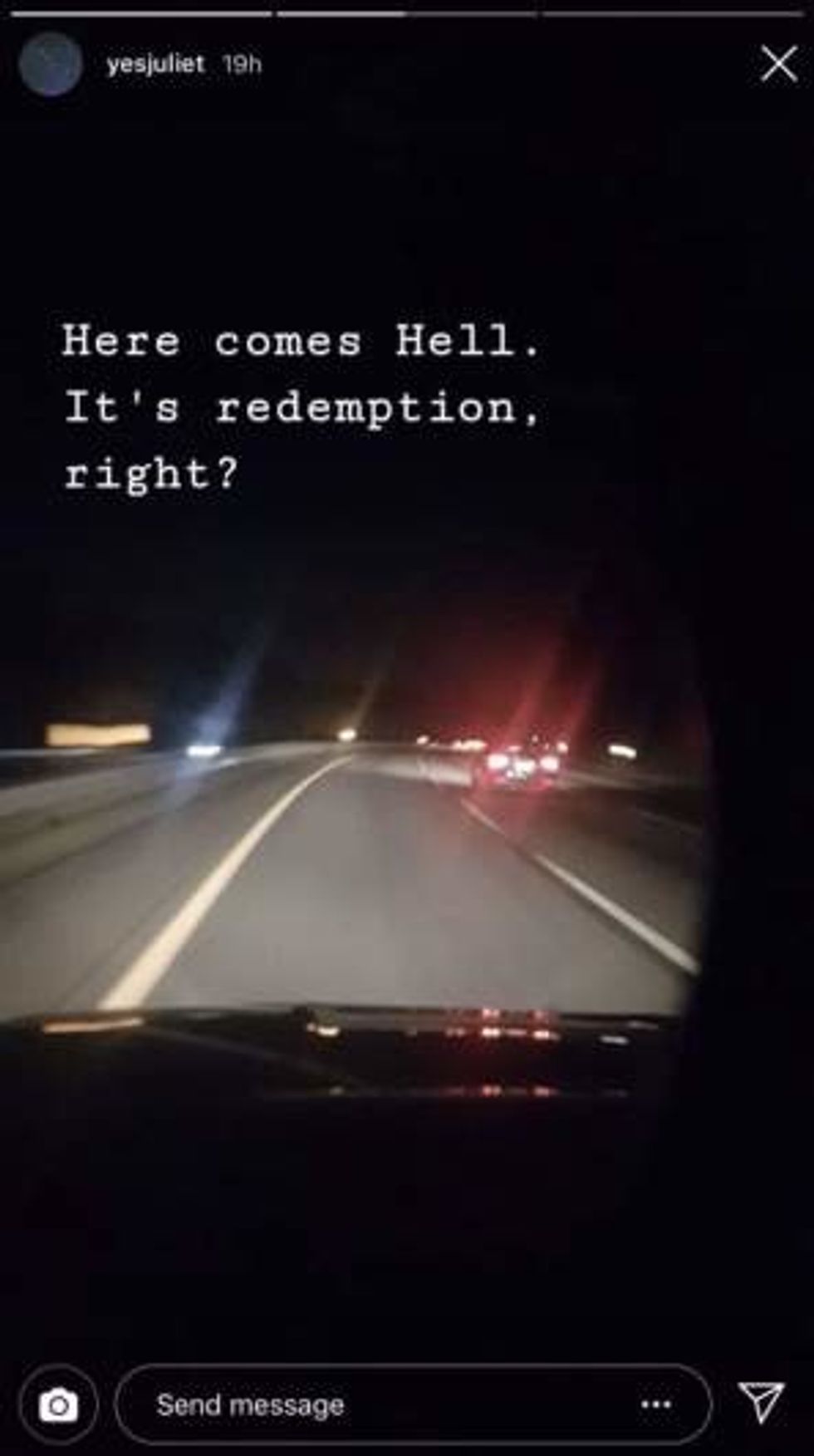 Following the murder, Clark allegedly logged onto Discord and posted a picture of Devlin's dead body, along with the caption "sorry fuckers, you're going to have to find somebody else to orbit," and encouraged people to subscribe to Pewdiepie. 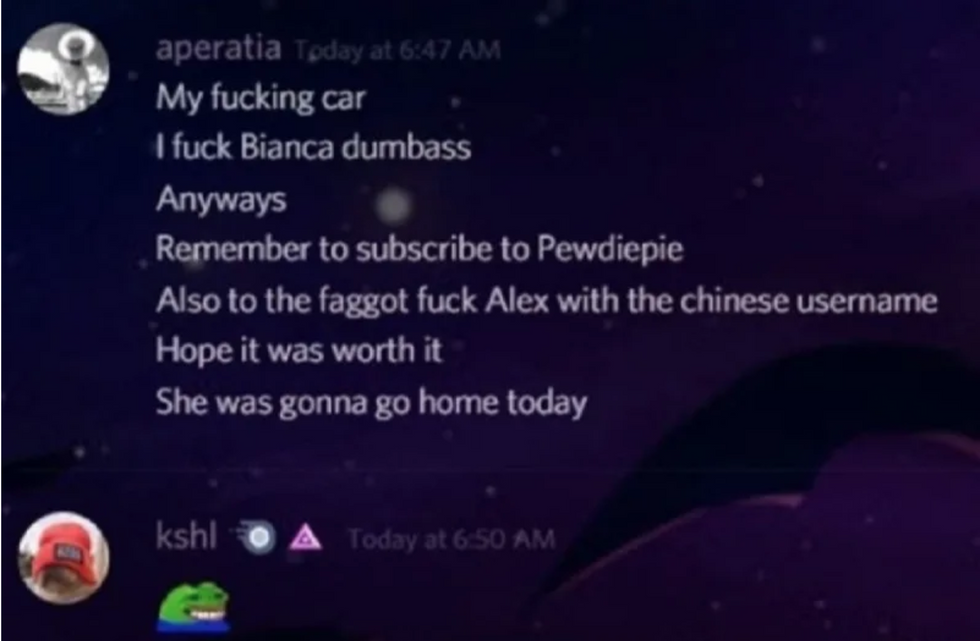 Right now, #ripbianca is trending on Twitter and thousands of horrified people are posting on social media about the dangers of being a woman online, about how rejecting a man can lead to a woman losing her life. They're not wrong. I have written articles for years about women who have been killed for rejecting a man, about men who go on killing sprees out of anger over not getting laid. These are messages that matter and need to be discussed regardless of the particulars of this individual case. In this case, Bianca Devlin, like 50% of all female homicide victims, was murdered by someone she knew.

Still, there is so much misinformation circulating right now that it's hard to know what is and isn't true.

Also, right now, the incel boards are filled with angry men furiously posting the alleged screenshots and claiming that Devins somehow "deserved" what happened to her, for having supposedly committed the egregious crime of having rejected a man who wanted to date her. They are saying horrible things about her. There are people online claiming that "she had it coming" because she supposedly "manipulated men" into liking her. I'm not going to post what they are saying, but they are inspired. And that is fucking scary.

We have enough of a problem right now with these men feeling inspired by Elliot Rodger and other incel murderers, who see this all as part of an ongoing "beta uprising." We have to be careful and smart about how we cover these tragedies so as not to encourage copycats. These are not people who need any more "heroes" to look up to.

Robyn Pennacchia is a brilliant, fabulously talented and visually stunning angel of a human being, who shrugged off what she is pretty sure would have been a Tony Award-winning career in musical theater in order to write about stuff on the internet. In addition to her work at Wonkette, she also has a biweekly column at Dame. Follow her on Twitter at @RobynElyse