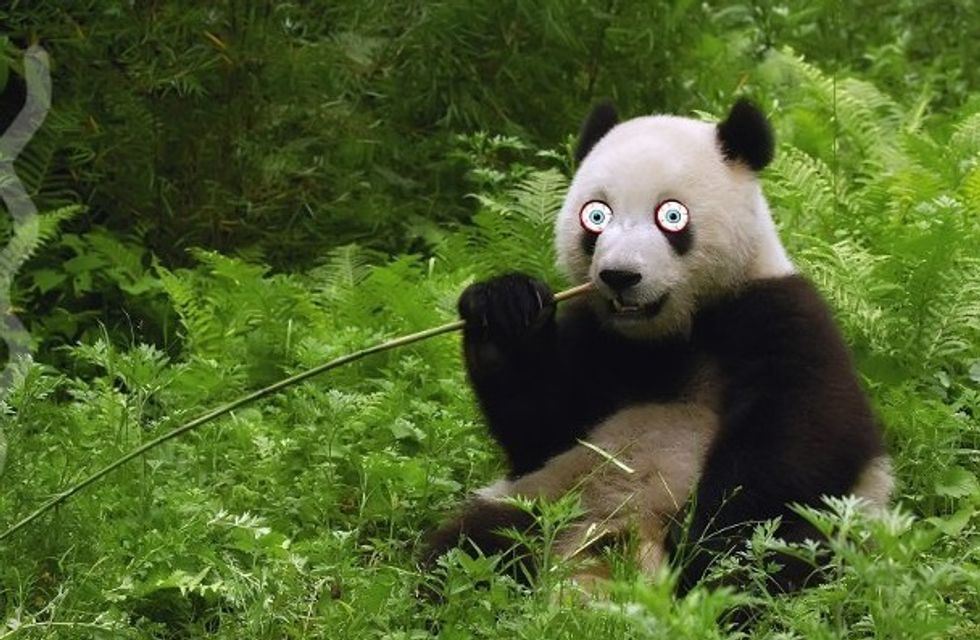 Yesterday was a pretty big news day, what with the whole Trump's Lawyer Getting FBI'd and all that. All the evening hosts on MSNBC just threw out the shows they'd planned and spent virtually their entire shows talking about the breaking news, because that's how cable news works. Ah, but not Tucker Carlson -- sure, he worried about how the FBI raid was a serious threat to America, but he had other important topics to cover, too, like SMARTPHONE ADDICTION: is tech more addictive than opioids?

Carlson even had a genuine expert, Dr. David Hill, chair of the American Academy of Pediatrics Council on Communications, who immediately undercut the premise of the whole piece by saying that tech is not really an addiction and that opioids kill 116 Americans a day. But hey, they're "degrading our society," said Tucker, so we can still fret about that, yeah? Hill said, sure, maybe, little kids shouldn't be playing on phones for hours at a time especially if they lose sleep, but the science isn't there to draw any links between tech use and ADHD. Poor man seemed not to know how his fairly mild warnings about overuse of tech would be billed -- there really are legit concerns about teens becoming isolated and depressed if they spend too much time online, but no, it's really not Tech Tyranny or worse than opioid addiction, where would you guys get that, jeez.

Tune in next week when Tucker Carlson asks whether sperm whales will seek you out and kill you just like in that one novel he started reading in high school but never finished. (Or is it all just anti-white media bias?)

Carlson closed the show with some Important Thoughts about giant pandas, who've been getting a free ride from liberals just because they're cute and endangered:

As The Cut notes, Carlson was riffing on a Wall Street Journal story which "revealed" that giant pandas are not big cuddly stuffed toys; they are actual wild animals with teeth and claws, GRR! Tucker boiled the story down to its essentials:

You know the official story about pandas — they’re cute, they’re adorably helpless, which is why they’re almost extinct. But like a lot of what we hear, that’s a lie. According to today's Wall Street Journal, the real panda is a secret stud with a taste for flesh and a fearsome bite. Pandas, it turns out, could easily kill you if they felt like it, thank God they don't.

They’re not against sex, either, they just hate unsexy zoos. But when they’re in the wild, male pandas engage in a fierce sexual contest, the winner has sex 40 times in a single afternoon!

It's a good thing pandas are so distracted by their personal lives or humans would be the endangered species! Something else to be grateful for!

Then, as the camera faded to black, Carlson took a big red marker to a World Wildlife Federation poster and scrawled EXTERMINATE THE BRUTES!

Also, would you believe Carlson's amusing little joke about pandas maybe eating us completely ignored the WSJ story's point that, despite those sharp teeth and the aggressive mating, pandas really are in trouble because their habitat is disappearing? Shocking, huh?

And now it's your Open Thread, hooray!

Yr Wonkette is supported by reader donations. Please click here or the pandas will come for you.

[Crooks and Liars / Wall Street Journal (paywalled? Try the Twitter link!) / The Cut / Image from a defunct blog in 2014 but here's credit anyway]