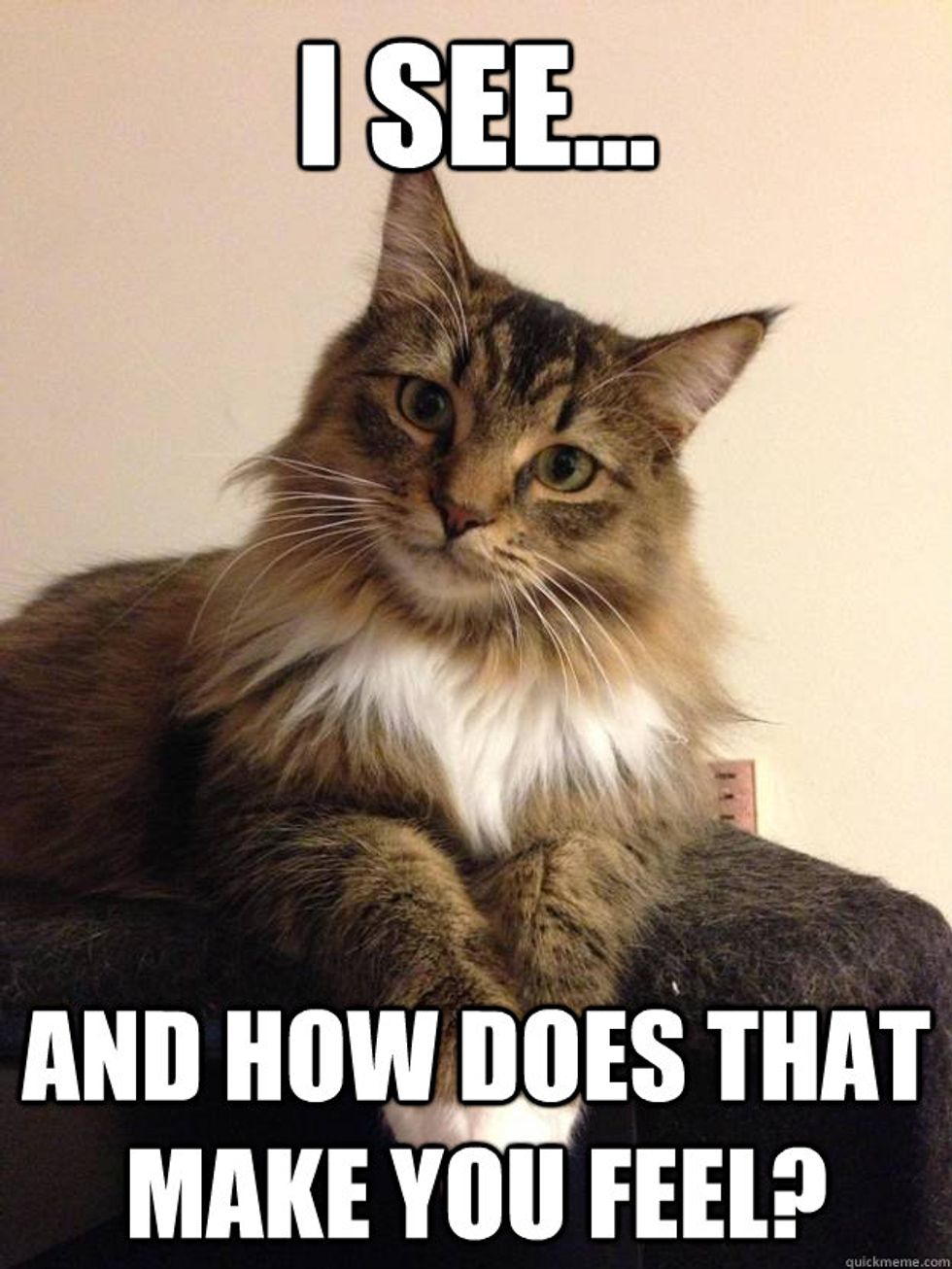 Hey, here's a new and different kind of gay-hatin' law that just got signed in Tennessee! All over the country, we're getting used to laws barring transgenders from pee-pee time (for Jesus, and to protect YOUR WIVES AND DAUGHTERS) and laws allowing cake bakers with Sincerely Held Religious Beliefs refuse to bake cakes for cake-hungry homosexuals (for Jesus, and because CAKE IS ART).

[wonkbar]<a href="http://wonkette.com/600807/loser-tennessee-cant-even-manage-to-pass-anti-gay-law"></a>[/wonkbar]Tennessee bigots can take heart, even though their own "religious freedom" bill has been murdered for now, because therapists in the state are now legally allowed to give gay patients the old heave-ho, because they have "sincerely held principles" (Jesus) that say gays are gross:

Gov. Bill Haslam on Wednesday signed into law a controversial bill that says no licensed counselor or therapist must serve a client whose "goals, outcomes or behaviors” conflict with the counselor’s “sincerely held principles” — a measure the American Counseling Association had denounced as a “hate bill” against gay and transgender people.

Bill Haslam is an incompetent pussy. First of all, he says he signed the bill because it does include provisions requiring gay-hatin' counselors to refer gays to gay-lovin' counselors. He also felt comfortable signing it because the law specifically doesn't apply if patients are "in imminent danger of harming themselves or others." So, hooray! If a gay or a BLT comes in for therapy feeling all murder-suicidey that day, they can get some counseling, even if it's from a fucking homophobe who probably shouldn't have a counseling license in the first place.

Now, some liberal agenda people like the American Counseling Association (ACA) had condemned this bill as discriminatory, and also unnecessary, because therapists were already allowed to tell any patient, "Hey, I don't think we're the best fit, let me send you to this other lady who would be better for you." But pffffffft, what fun is it if the gay-hatin' therapists can't call their patients dirty faggots in the process?

But you see, this was very, very important for homophobes like this guy, James T. "Dale" Berry, who runs one of those Jesus-tastic fake-ass counseling centers in Knoxville, and who is apparently not aware that "Dale" is not short for "James" or "T." Listen to how 'scited he is:

Berry, who is a Presbyterian, said he and other therapists at Ebenezer Counseling Services don’t see a conflict when serving gay clients suffering from depression, but providing sex therapy to an unmarried couple or premarital and sex therapy to a same-sex couple would conflict with his core values, which he derives from his religious beliefs.

Awwwww, go to hell, asshole. Now to be fair, no self-respecting LGBT person should ever want therapy from a cockmuffin like "Dale," as he would harm their mental health and would definitely be bad at helping gay couples spice it up in the bedroom, since he probably believes the best way to do sex therapy to gay dudes would be to tell them to divorce their husbands, marry chattel wives and fuck 'em dutifully and rapidly with all the lights out while reciting Psalms.

[wonkbar]<a href="http://wonkette.com/582714/walmart-withholds-medicine-from-lady-who-miscarried-because-shes-probably-a-sinner"></a>[/wonkbar]But the thing about certain professions is that they have fucking standards, for Christ's sake. Just like pharmacists shouldn't be able to practice pharmacy if they're not fucking willing to dispense legal drugs (LIKE SLUT PILLS), and just like dick doctors shouldn't be able to practice dick-doctoring if they believe Jesus condemns what their patients do with their doctored dicks, counselors are supposed to uphold the standards of their goddamned professions, and state governments shouldn't be writing them free hall passes to refuse to do work that makes them feel EW ICKY.

And if "Dale" doesn't like it, maybe he shouldn't be a therapist. Maybe he should do something he's better qualified for, like be a tour guide for Ken Ham's dumbass creationist Noah's Ark theme park.