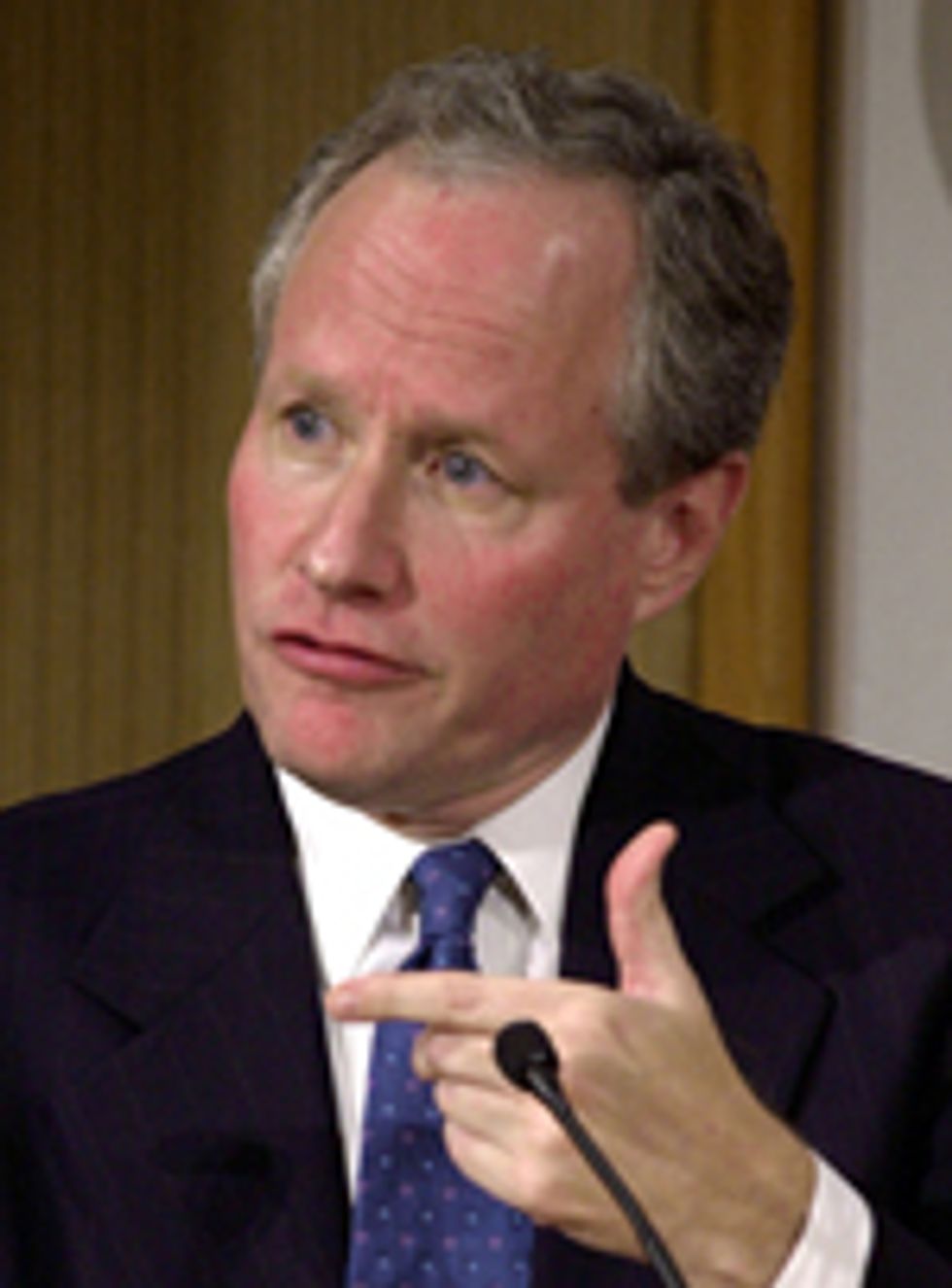 Oh this guy. Your editor is feeling anxious and unfunny this morning, but thankfully somebody has filled in the Great Comedy Void: theNew York Times' own Bill Kristol, penning a side-splitting column about how President John McCain will be great for liberals, wokka wokka.

Reason #1: Free (mandatory) abortions, but only for liberals! We kid. Let's see here are his reasons: first off, Barack Obama ran a great campaign, just like ExxonMobil, and liberals hate oil companies.

McCain is a lonely guy standing up against an unprecedentedly well-financed, superorganized, ExxonMobil-like Obama juggernaut. A McCain upset victory would be a classic liberal happy ending.

It would be a victory for the future. With President Bush’s approval rating at about 25 percent, a McCain triumph would mean Americans were making a judgment on two future alternatives, not merely voting on the basis of their resentment at the past performance of George W. Bush. It would mean voters were looking ahead, not back. Liberals should therefore welcome a McCain win as a triumph of hope over fear, of the future over the past.

By that metric, it is hard to see how the election of any candidate besides George Bush could not be considered a great triumph of the "future" over the "past."

It appears, then, that there is no avoiding having a President Palin at some point. Maybe it will be in February, after McCain is sworn in and suffers a terrible threshing machine "accident." Or maybe it will be in four or eight years. If Obama's elected, we're just putting off the inevitable. SURRENDER, AMERICA.