Bill O'Reilly: Slaves Who Built White House Had It GREAT! 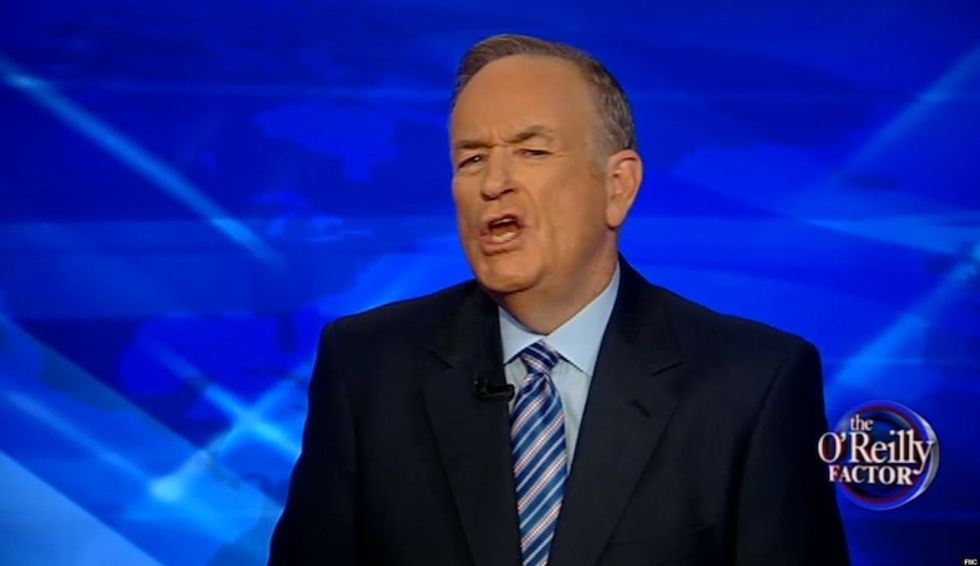 On Monday night, Michelle Obama gave a really, really good speech! A speech we can all look forward to hearing Melania Trump give in the very near future! In that speech, she said:

"I wake up every morning in a house that was built by slaves. I watch my daughters — two beautiful, intelligent, black young women — playing with their dogs on the White House lawn."

"BUT WAIT A MINUTE!" says Bill O'Reilly. Because she is LYING. Sort of! Because actually, it wasn't just slaves who built the white house! It was also "free blacks and white people"! And immigrants! Who, um, at that time were also white people. Those slaves were helped by white people who were getting paid! Why aren't they getting any credit! Can't white men get credit for anything? Unfair!

“Slaves that worked there were well-fed and had decent lodgings provided by the government, which stopped hiring slave labor in 1802. However, the feds did not forbid subcontractors from using slave labor. So, Michelle Obama is essentially correct in citing slaves as builders of the White House, but there were others working as well.”

So what is anyone complaining about? He notes, also, that when John Adams moved into the white house, it was not done yet, and he and his wife had to listen to hammering all the time! So annoying!

It's definitely not weird at all to want to put a positive spin on kidnapping people from their homes and making them your slaves, ok? O'Reilly just wants things to be balanced, so whenever you mention slavery, you have to also mention something good that white people did, or mention how nice some of the people who owned human beings were. We must be fair!

And, you know -- Michelle -- Bill O'Reilly says that he is sorry, but he just "cannot get rid of that history teacher thing, you know?" He cannot! This is a man who just loves facts. So we are going to have to rewrite that whole part of your speech for you, so as to make it more historically accurate, O'REILLY STYLE:

"I wake up every morning in a house that was built by slaves, who had it really great and were well-fed and housed, and also some really great and heroic white men! I watch my daughters — two beautiful, intelligent, black young women who are free, thanks to white Republicans — playing with their dogs on the White House lawn."