Ocupados Cheer As Billionaires Chicken Out On Zuccotti Park Eviction 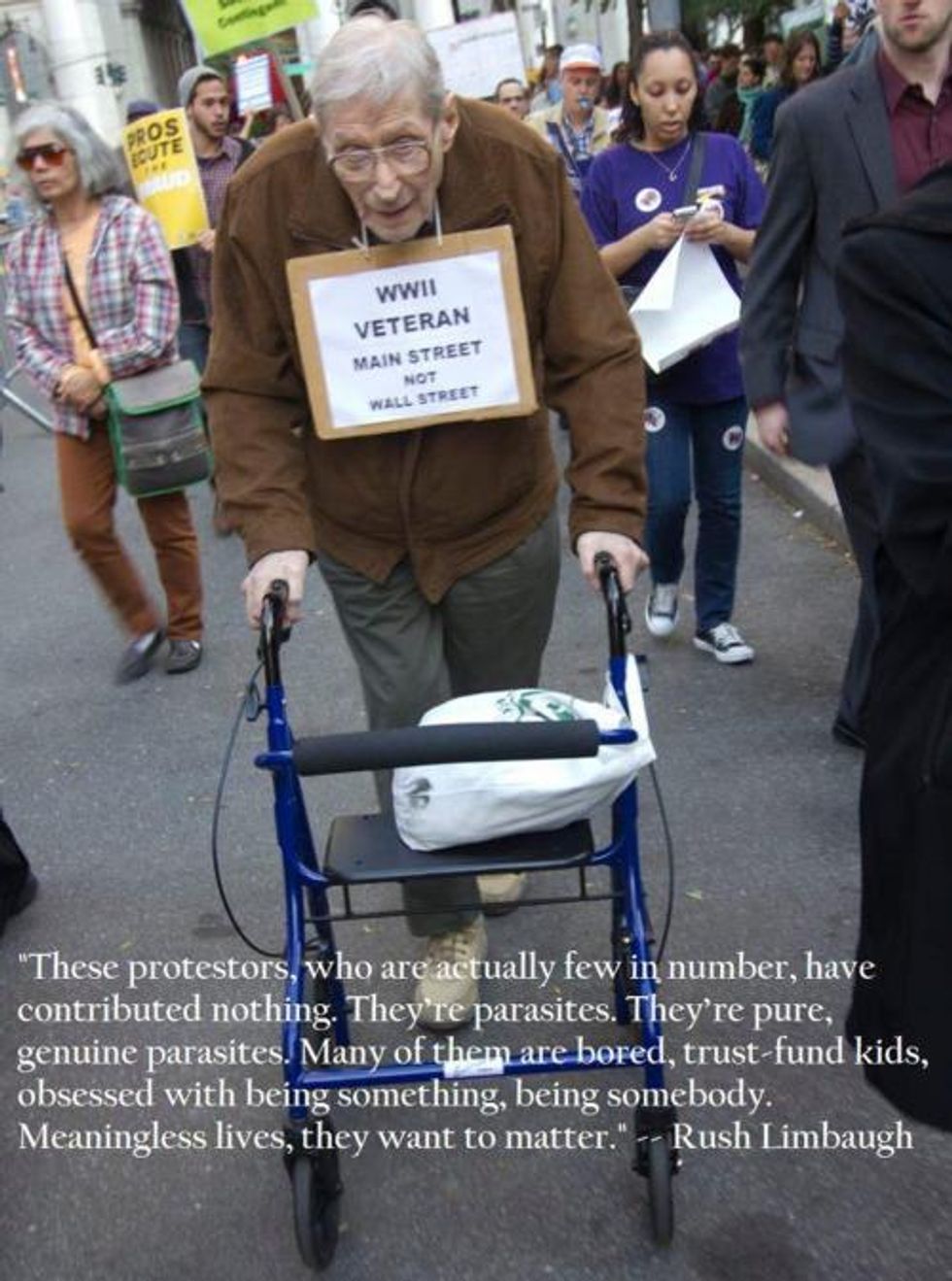 The Ocupados celebrated early this morning as NYC Mayor Michael Bloomberg unceremoniously tweeted that the owners of Zuccotti Park decided for mysterious undisclosed reasons (fear) to postpone for now their plan to "clean up" (billionaire-speak for "evict, using police force") the space at 7 a.m. Thousands of the uppity peasant-folk flooded the site overnight to lock arms and resist the planned eviction, and although the coppers didn't get to cold haul everybody off, they still managed to have their fun beating up some of the protesters and running over them with scooters, just to SHOW THEM, TAKE THAT, FILTHY HIPPIES (who are now cleaning the park on their own).

Maaaaybe Bloomberg is still shivering because he realized that the protesters will just keep following him around to his various rich-person places to breathe hippie germs in his direction all day long?

From the Daily Mail:

Protesters last night surrounded Cipriani restaurant in Manhattan as the Mayor was at dinner in an effort to hand him a petition with 310,000 signatures supporting their right to remain in Zuccotti Park.

Their anger was triggered by the Mayor's endorsement of a planned clean-up of the 'unsanitary' Occupy Wall Street encampment which was postponed at the last minute today.

The city's deputy mayor made the announcement after protesters, who viewed the clean-up as an 'eviction notice', streamed into the plaza this morning.

There was a strong police presence, and a showdown between protesters and authorities had been feared.

Hours earlier, the mayor had refused to leave the restaurant, instead making his exit out of a back door.

Ha ha, he had to leave out the back door, like the common help.

Also, a less heartwarming update: peaceful Occupy Denver protesters camping in front of the Colorado Capitol were treated to an overnight raid by cops in riot gear who arrested a number of them and trashed their tents. According to the Denver Post, State Patrol Chief James Wolfinbarger told protesters to go home "so people can come back tomorrow and continue," which is why the park has now been closed indefinitely by executive order.

And our latest favorite new picture from OWS yesterday, via Twitpic: