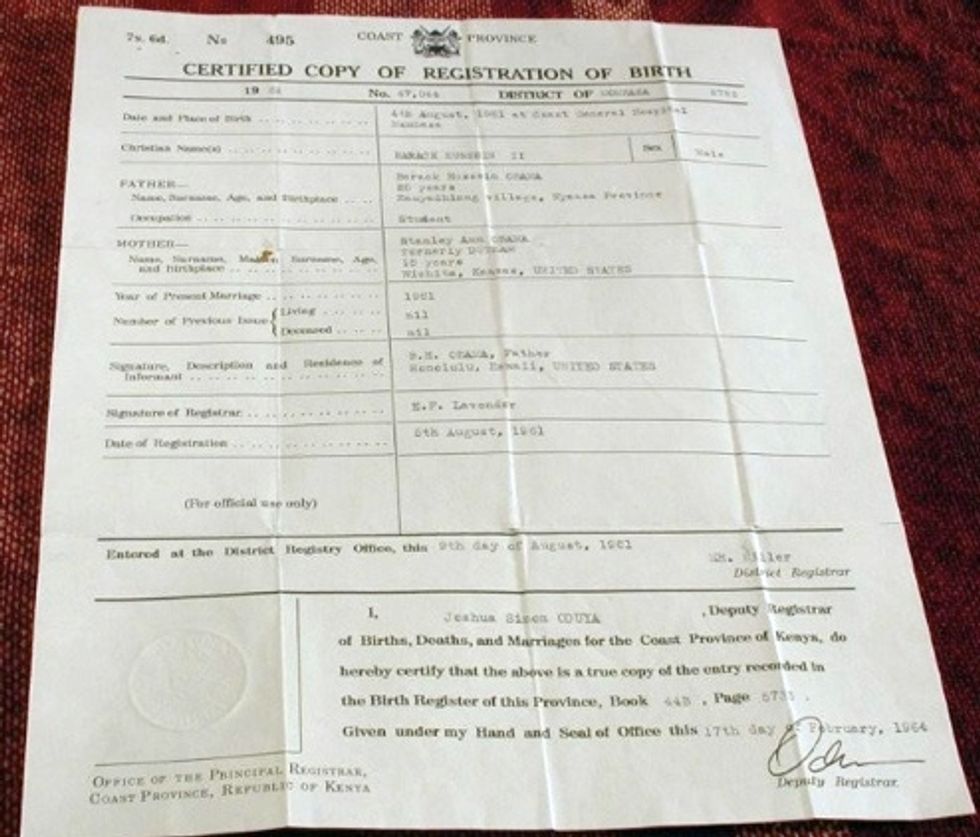 SMOKING GUN! California lawyer-dentist Orly Taitz has released the Real Birth Certificate of Barack Hussein Nobama II, from Kenya, given to her by a secret source who is now Target #1 of the CIA & the Hawaiian Hospitals Director (same thing). Anyway, Washington's hardest-working man in birtherology, Dave Weigel, has already debunked the dickens out of this. Our favorite part: "It’s signed by 'registrar E.F. Lavender.' Earth Friendly Lavender is a kind of detergent, and government officials who use vanity initials on official documents are, to put it mildly, rare." BULSHITT WHADDA U KNO WYGEL? [World Net Daily, Washington Independent]