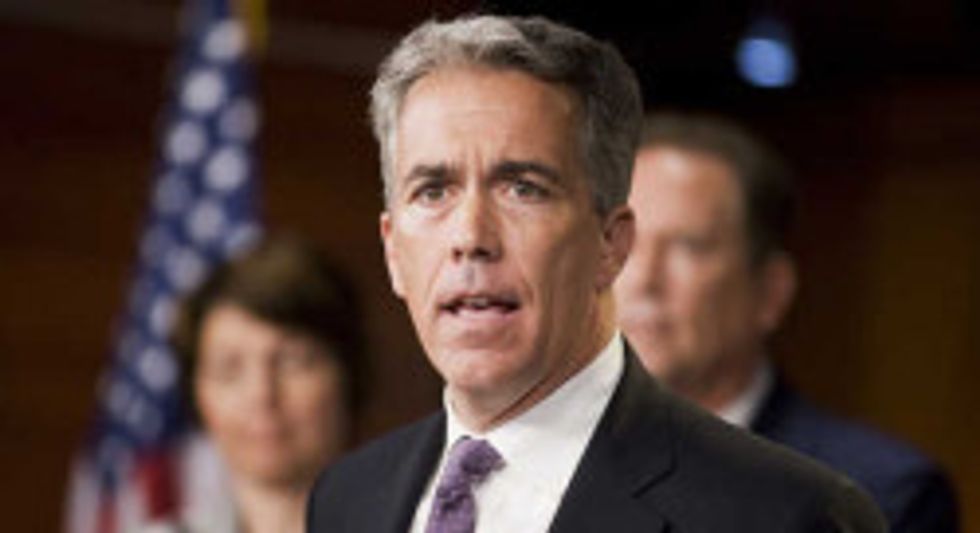 Have you missed Joe Walsh (R-Nothing)? No, of course you haven't, because he is kind of an asshole. But JUST IN CASE someone misses him he has started a group called the "Freedom Movement" and invited people to a townhall meeting so they could watch him wave his arms around and talk about Freedom for a good two hours. Yes, this video is two hours long, and it consists of him a) talking and b) waving his arms around and once in awhile c) consulting his notes. And as it turns out, you can cram an awful lot of stupid into two hours, although our favorite occurs at around 29:00, when he informs his audience that he routinely ignores the advice of political strategists who tell him not to insult the American people, and then goes ahead and insults the American people.

During his campaign, he says, his handlers often took him to task for insulting the voters. This was a stupid idea, says Joe Walsh, who knows everything. It was "baloney," because of the following:

The American people have grown stupid, we’ve grown uninterested, we’ve gotten busy, we’re distracted, we’re lazy, and we’re easily manipulated. Again, I can sit with you and have a beer and I can tell you about how idiotic most of our politicians are. That’s boring to me. It’s on us. Jefferson said something to the effect of, when a people becomes uninformed or uneducated — stupid — they’re going to lose their republic, they’re going to lose this democracy. And folks, I’m here to tell ya with a big old smile, we’re there. We’re losing.

This is JOE WALSH saying all of this stuff about Americans. The same uninformed and uneducated Joe Walsh that has evinced a sincere interest in stupidity, distraction, laziness by, oh, suing the Chicago Sun-Times for reporting his inability to pay child support, demanding that the chairman of the Illinois GOP step down for his support of gay marriage, and claiming he can't think of one single occasion in which a woman has died due to pregnancy-related complications. THAT Joe Walsh.

And before any of you Wonkets say he has a point, keep in mind that he served exactly one term before losing to Tammy Duckworth. So apparently the American people are not as uninformed, lazy, stupid, or unproductive as he might think.