'Black Jesus' About As Popular With Pharisees As The Original 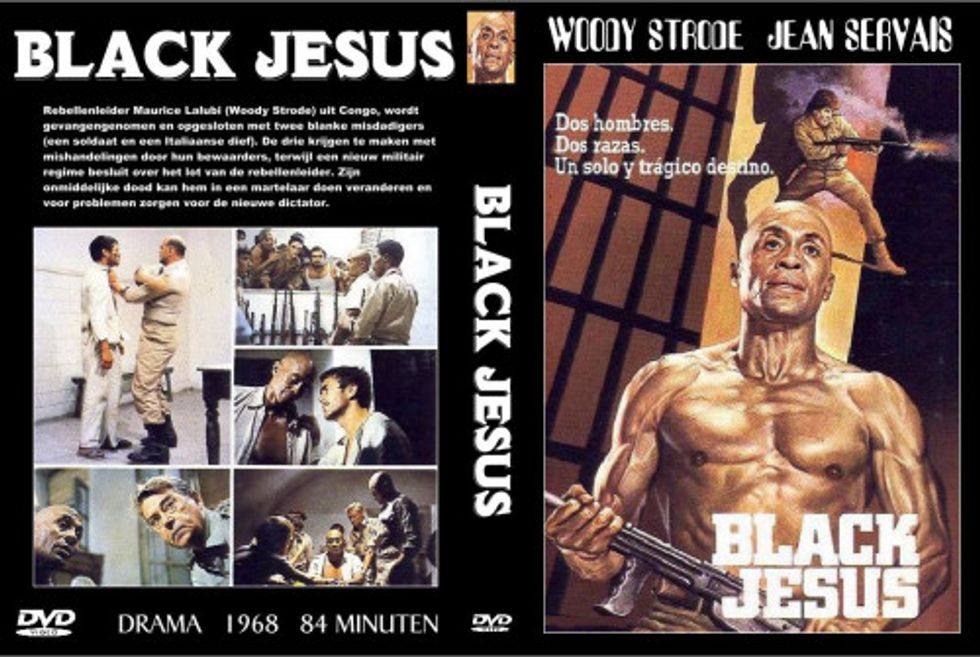 Hey, did you kidz watch that new show Thursday night, "Black Jesus," on the Adult Swim Cartoons For Stoned Grownups Teevee Channel? We did not, because we are traveling and without TiVo, and we haven't watched television in real time for at least five years now, let alone stayed up after 11 on a school night. We are old.

But we heard it was really good! Like, not just for mean libtardo deity-haterz like us, but for Normals and New Pope fans, and everybody. The Washington Post review compared it to Book of Mormon, in that it pokes fun at the absurdities of the Christ myth without being cynical or dismissive. Just like Yr Wonkette!

Brought to you by creator Aaron McGruder ("The Boondocks"), Black Jesus is a Compton character whose divinity is disputed or embraced by his neighbors, although He himself has no doubts. And like many of us, the Savior(?) enjoys all of his dad's gifts, including the water of life and the weed of wisdom. He also says fuck a lot.

[As with Book of Mormon] ...it was understandable Christians would have reservations about “Black Jesus,” fearing the show would approach the Messiah — and faith in general — with contempt. McGruder isn’t known for coddling his audiences so much as assaulting them with his worldview.

But rather than contempt, the show embraces Jesus’s teachings of unconditional love and compassion — especially for the poor — and even those who take him for granted. It just does it in McGruder’s signature expletive-packed manner.*

The higher-brow Christian press that covered the negative reaction to previews of the show have yet to review it, but can you guess what the wingnut fundamentalists think of it? We bet you can guess. Here, let's ask the American Family Association for their "thoughts":

Religious mockery, blasphemy and extreme profanity, all directed at the Christian faith flooded the airwaves last night. Turner Broadcasting System (TBS) did not hold back its disdain for Jesus, as TBS's Cartoon Network delivered on its promise to be offensive and vile.

OK, they probably wrote that before the show aired, so as to have the e-mail letter addressed and stamped for this morning's Whom To Boycott Today message. But, no, they must have watched it (or a screener), because they point out important statistics:

In this episode entitled "Smokin', Drinkin', and Chillin'":

Eighty-eight profanities!  We may just have to stay up and sit through the commercials next week.

Black Jesus airs on Adult Swim Thursdays at 11 p.m., and the main corporate sponsors the AFA wants you to boycott are Unisom (Chattem Inc.) and Radio Shack, who are just trolling at this point.

* This is how family newspapers say "says fuck a lot."