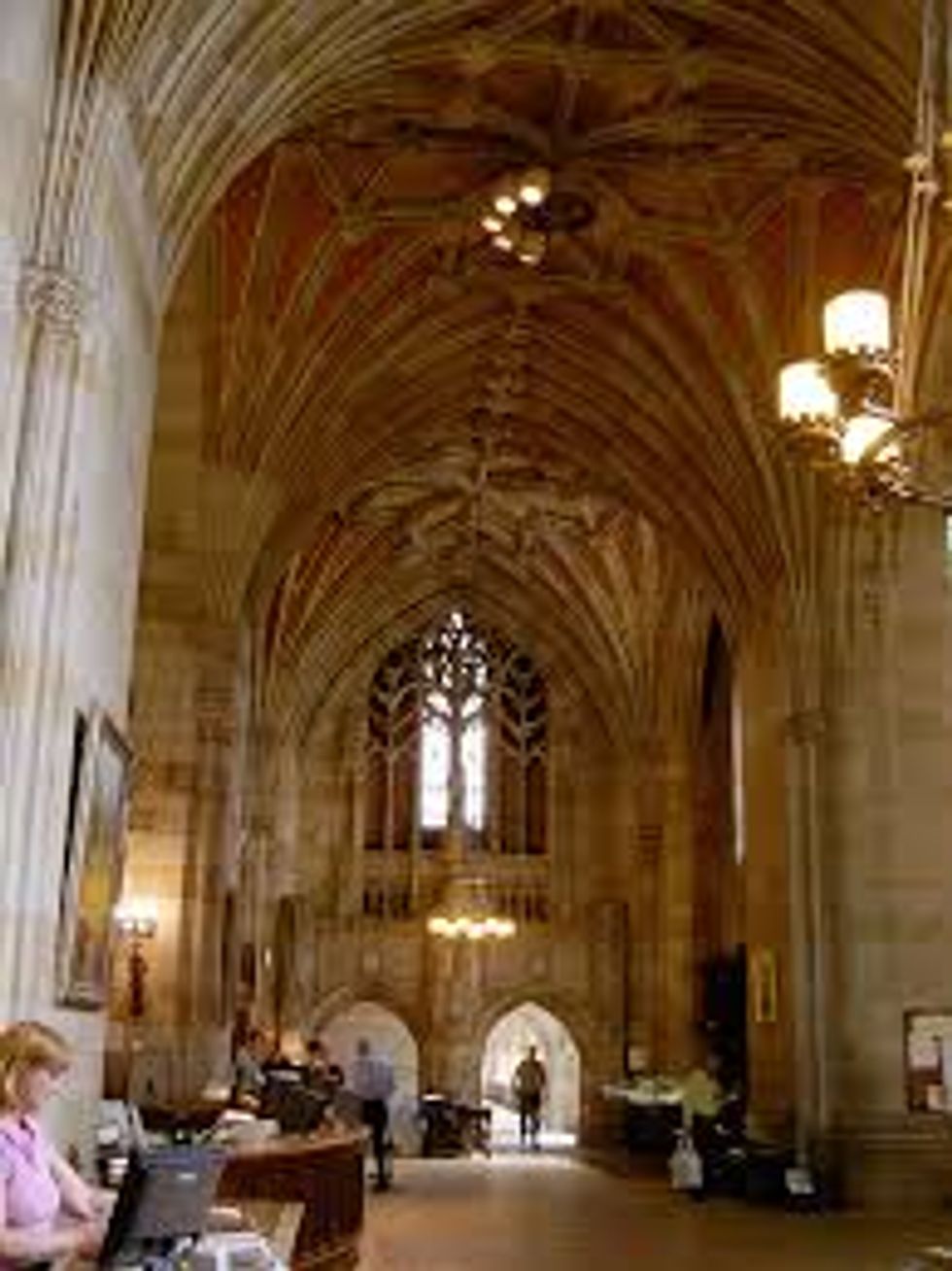 So which black men are the police in New Haven, Connecticut, pulling guns on today for walking around near the library of Yale University? Oh, probably only the ones who are thugs, and you can tell they are thugs because they are black, so it is pretty easy! On Saturday, Tahj Blow, a third-year Yale student, was walking from the library to his dorm when he was stopped by a police officer, who told Tahj to "turn around." Then the cop raised his gun, and told Tahj to get on the ground. It was probably pretty obvious to the police officer that Tahj was a criminal, because of how black he was, and how the police were looking for a black guy who had allegedly committed a burglary at some point that week, and will you look at that, here's a black guy. Huh!

But oops, Tahj is actually a third-year Yale student, who lives at Yale and sometimes walks around the Yale campus while being black. And, also, Tahj's dad is Charles Blow, a famous New York Times columnist, so there is no way this story was ever going to be told, just kidding. Charles Blow, who is also black, and probably also even walks around in public places while being black, and obviously had The Talk with Tahj about what to do when you are a young black man who is stopped by the police (because black parents don't really have a choice about that), wrote that he was terrified and furious about what happened:

Why was a gun drawn first? Why was he not immediately told why he was being detained? Why not ask for ID first?

What if my son had panicked under the stress, having never had a gun pointed at him before, and made what the officer considered a “suspicious” movement? Had I come close to losing him? Triggers cannot be unpulled. Bullets cannot be called back.

Anyway, we are very sad this happened to Tahj Blow and we are extremely happy that he wasn't shot dead, and we hope that everyone reads Charles Blow's column about it, and everything is terrible.