Blast From The Past! Murdery Blackwater Guards Finally Standing Trial 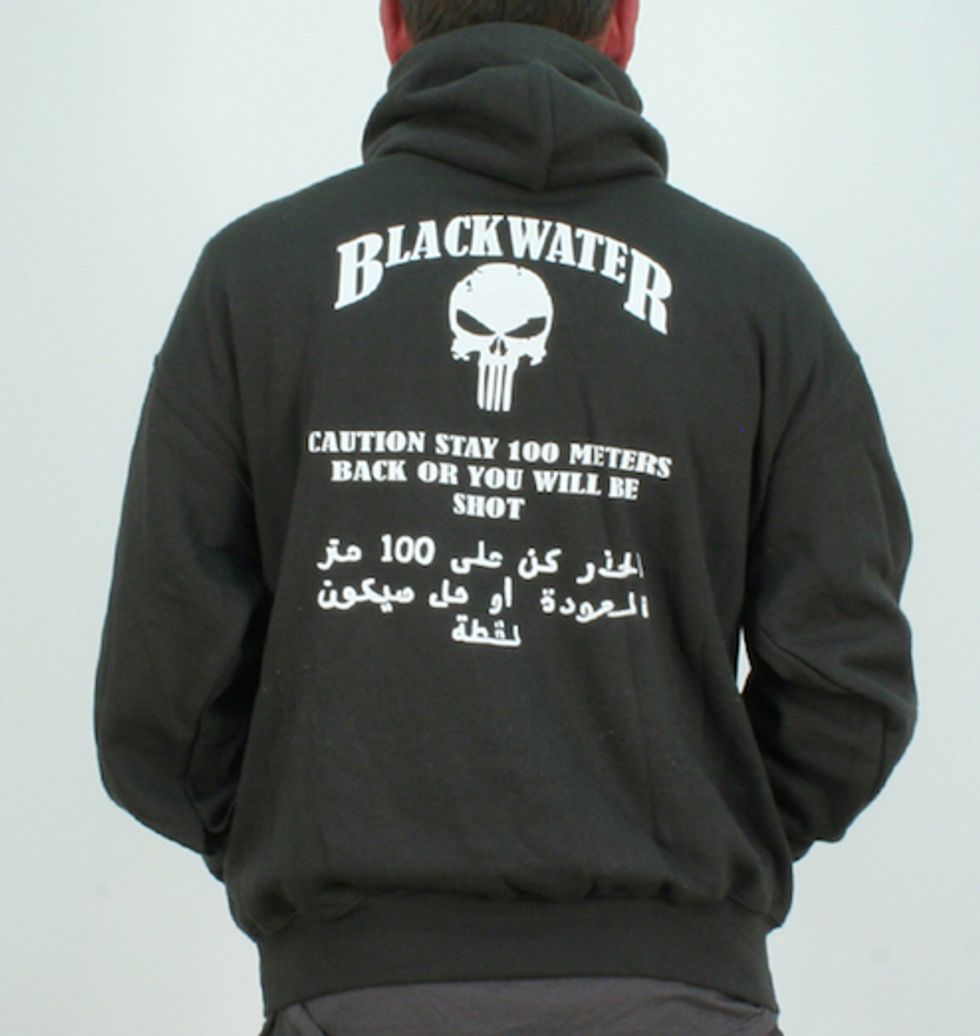 We haven't thought about Blackwater in awhile, probably because they changed their name to Xe, which sounded like some sort of Scientology thing. That only lasted a couple years, and now they're Academi, which just makes it look like they can't spell. Anyway, we're thinking about BlackXeMi today, because those guards that murdered a fuckton of Iraqi people -- ALLEGEDLY -- are finally on trial. About goddamn time. It has been seven fucking years, people.

After years of delays, four former guards from the security firm Blackwater Worldwide are facing trial in the killings of 14 Iraqi civilians and the wounding of 18 others in bloodshed that inflamed anti-American sentiment around the globe.

The shooting took place on September 16, 2007, at the congested Nisour Square intersection, after a convoy of four armoured vehicles manned by Blackwater guards had departed from Baghdad's heavily-fortified Green Zone.

In a span of 15 minutes, heavy gunfire erupted and by the time it was over, more than three dozen Iraqi civilians had been shot, at least 17 fatally. Among the dead was nine-year-old Ali Kinani, who was shot in the head as he rode in a car with his father, Mohammed Kinnani.

The guards maintain that they opened fire in self-defense after being shot at by insurgents.

Christ, that was awful. And getting the guards to stand trial has been close to impossible. Christ, it was like two Wonket owners ago that we wrote about the guards facing gun charges, which was a whole different law thingy.

The attorneys for the contractors have dragged this out with all due un-haste. First, the Blackwater guards were given immunity, so their own statements couldn't be used against them in the criminal prosecution, so the federal district court tossed the case. It took two years for the court of appeals to reverse, and another three to get to trial. And the shenanigans aren't done yet.

Lawyers for the guards had asked that current or former members of the military not wear uniforms when they testify in the case, a request the court denied. The guards' lawyers argued that distinctions between contractors and uniformed military had become highly politicized.

It is indeed highly politicized, you douchebags! And you've hidden behind this bullshit distinction where you're private when it suits you and want to wrap yourself in the flag when that gets you a better result. You got private money that was fucktons better than we actually paid Army people so now you get to face some goddamn private civilian criminal justice. Did we say it was about goddamn time? About goddamn time. Our only regret is that they aren't able to try creepy Erik Prince, who was the head of this murder ring and probably still sleeps on a giant fucking bed of money. Indict that guy please.