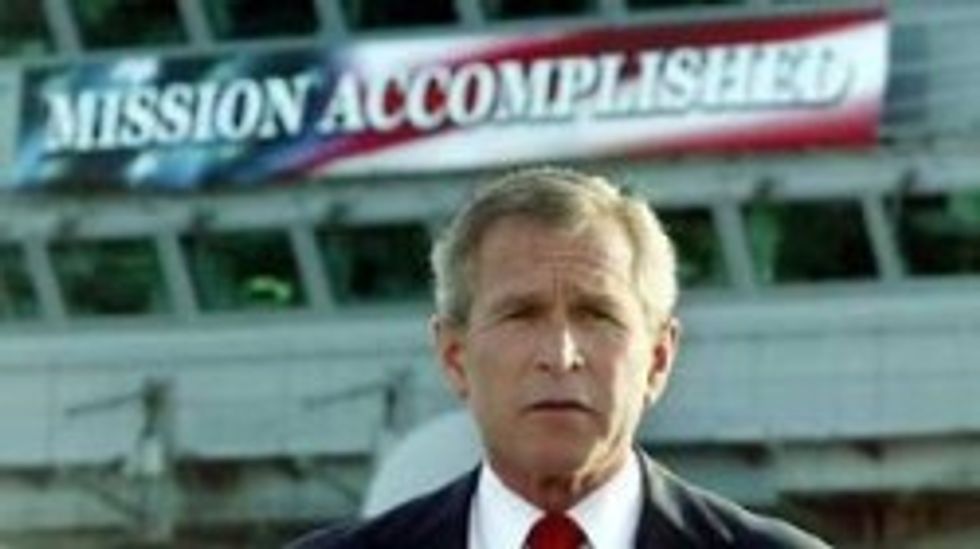 Having already been totally slaughtered, the Warriors for Tolerance, Empathy and Good Taste known as "One Million Moms" (seven moms) havedeclared victory against Ellen Degeneres (Saddam Hussein) in their fight against her Manchurian Candidate stealth mission to educate Americans to the benefits of the Olsen Twins fashion line. And that's why you can't have women in a foxhole. They just give up as soon as they have been totally annihilated! Also? Too mensy.

The fight fought by the polyestered "Moms" -- a network from the American Family Association -- was not terribly impressive; nor was their leader's proclamation.

Director Monica Cole tells OneNewsNow that other issues require her group's attention, so OMM is moving on.

Your editrix was once tongue-lashed but good by her mother, Commie Mom, for buying grapes a good five years after the boycott had ended. "Serious people don't care if a boycott's over or doesn't exist," sniffed Commie Mom. In the meantime, here is bloodthirsty total lesbian Ellen Degeneres, funny-dancing on the Million Moms' graves. [OneNewsNow]