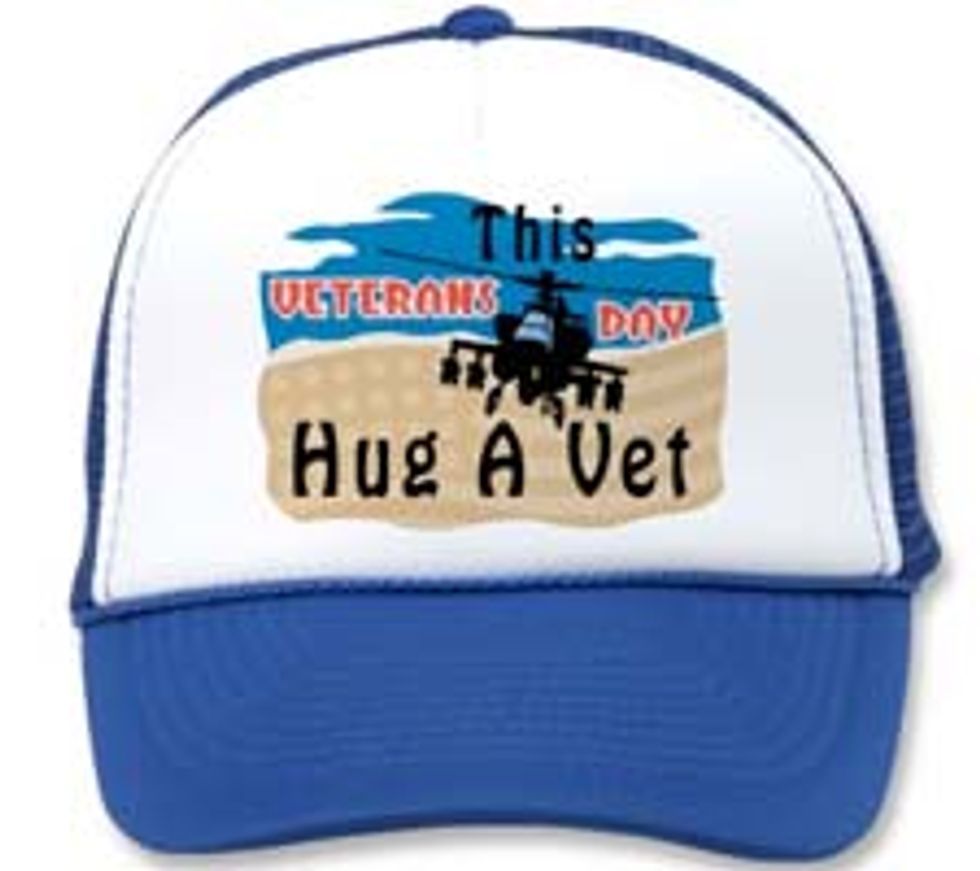 Most people who've given any thought to the whys behind the whole Richard-Blumenthal-didn't-actually-go-to-Vietnam story probably very quickly came to the conclusion that, if you're a slick-haired pencil-necked child of privilege, implying that you fought in a war might improve your image among voters, since there are few things American voters like more than other people fighting in wars. Is that the conclusion you very quickly came to? Well, then you are nothing more than a terrible, monstrous cynic. Blumenthal didn't pretend that he fought in Vietnam for partisan political gain! Blumenthal pretended that he fought in Vietnam because he is a sad and possibly crazy man.

Where are we in the media cycle on this story? Well, the New York Times now feels vaguely bad about having printed information they were fed by Linda McMahon's oppo research people (so she can keep it legal to hit poor saps in the head with chairs all day), so they've gone and found some sympathetic quotes from Blumenthal's side. Like this one!

"Oh my God, this guy is relentless; he is nonstop when it comes to veterans," said Michael Pizzuto, a veteran of the first Iraq war, who has spoken with Mr. Blumenthal at parades and news conferences for veterans in Connecticut.

Ha ha, that doesn't sound creepy and weird, at all!

Mr. Shays, a conscientious objector who avoided the Vietnam War [Communism! --Eds.], has his own theory about Mr. Blumenthal's evolving descriptions of his service: "I think that it was a way that he quickly bonded with people I am sure he admired and respected."

"It's very seductive," he added, recalling his own visits with American service members in Iraq before he left Congress after losing re-election in 2008 as a Republican.

Anyway, long story short, the article is framed -- again, presumably by Blumenthal's friends and proxies -- to make it sound like Blumenthal only lied about being a Vietnam Vet because he loves vets so much that he identifies with them, literally, and goes to every single funeral of a Connecticut soldier killed in he line of duty, even though some might argue that that isn't part of the Attorney General's job per se. Still, it does seem like he did lots of nice things for the vets his office came in contact with, like help them navigate their way through the terrible VA bureaucracy! (The fact that a basic government service is so broken that you need the help of your state AG to actually get the benefits you're entitled to is itself Part Of The Problem, but never mind that for the moment.)

The saddest ever quote in this article is this:

"There is a lot of anecdotal evidence of this phenomenon of exaggerating military service by people who feel nostalgic because they missed their war," said Brian McAllister Linn, a professor at Texas A&M University who specializes in military history.

Yeah, remember the '60s, when your war was terribly unjust, and the prospect of being drafted to fight in it was terrifying? Oh, but it seems so awesome in retrospect, now. Fucking baby boomers. [NYT]