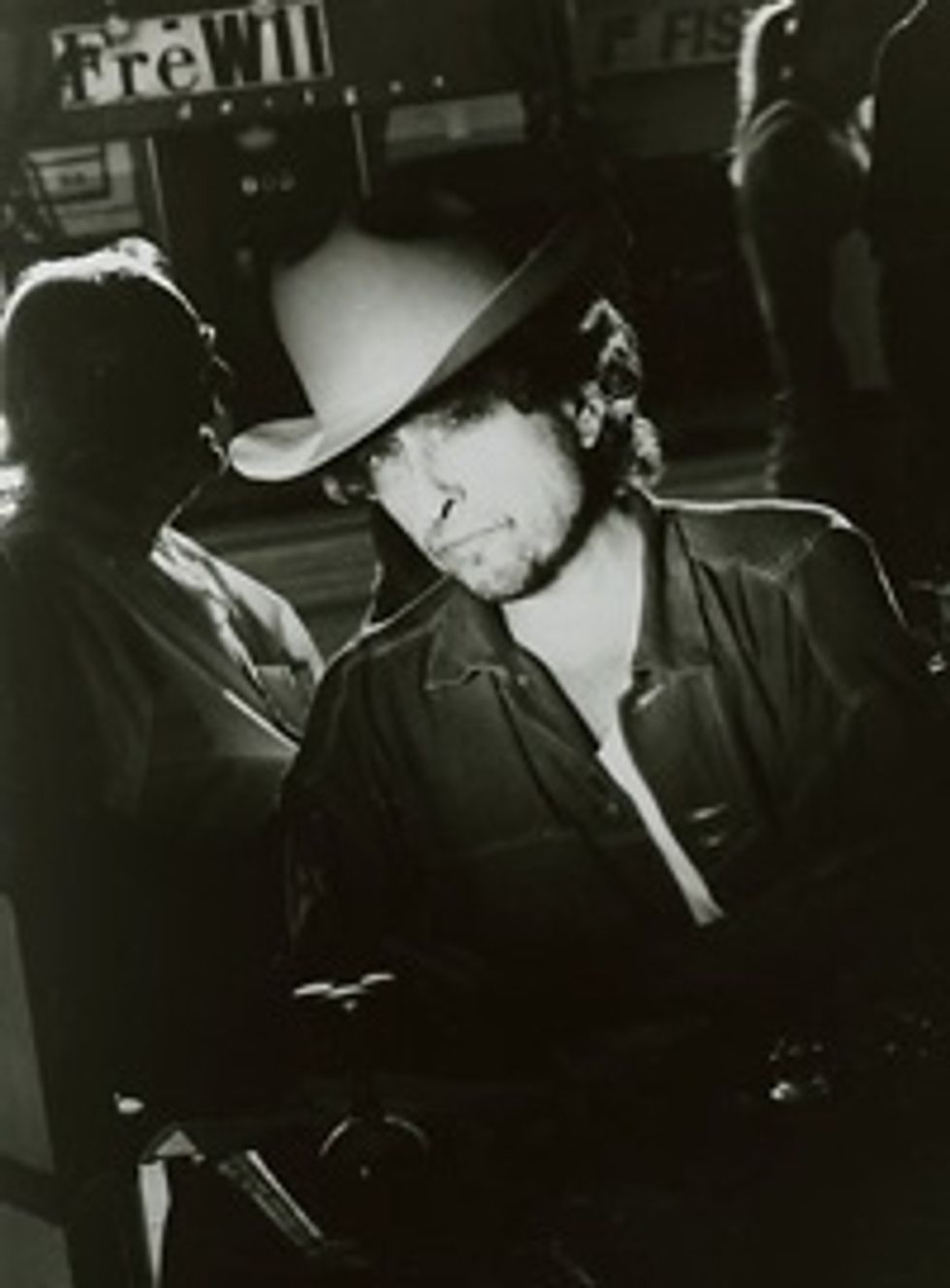 When word of a surprise new Bob Dylan studio album reached your Wonkette on March 20, wewondered what sort of Actual Hell this record would release, as it is established fact in this first awful decade of the 21st Century that Bob Dylan only releases new studio albums to mark the arrival of another Horseman of the Apocalypse. We've been listening to the new record for two days now, and have reached various conclusions, most of which can be summed up like this: JESUS CHRIST THE WHOLE ENTIRE ALBUM IS MEXICAN MUSIC.

Love & Theft, while recorded in New York City months earlier and written over the course of several years, was released on 9/11 and was, in fact, all about what would happen on the day of the album's release and the terrible fallout from the attacks -- whatever wasn't specifically about 9/11 was about Katrina. It was so harrowing, listening to Dylan's weird black-humored American Songbook-style sermon/knock-knock joke about 9/11, that the Village Voice printed a hysterical investigation headlined "WHAT DID BOB DYLAN KNOW AND WHEN DID HE KNOW IT."

Modern Times, named after a Depression-era Charlie Chaplin movie and released late in 2006 near the stock market's peak, was largely about economic collapse and job loss and ended with a long story about a hobo walking across the country. The cover photograph was Ted Croner's famous "Taxi, New York Night, 1947–48," the big blurred car looking like it's fleeing Manhattan's skyscrapers at top speed.

And now, Together Through Life: This is a sleazy fucking record that sounds like it was recorded in the back of some El Paso barroom, after the owner skipped town and the dealer's head was found in an ice chest with three others just outside of Juarez, by the rape factories. It opens with some grim drunken staggering thing called Beyond Here Lies Nothin', with not only lurching Mexican accordion but a full trashy Tijuana horn section (a single horn). Are you suggesting something here, Bob?

Life Is Hard is a plaintive good-bye ballad with Hawaiian steel guitar: "I pass the old schoolyard, admitting life is hard, without you near me." What?

Let's see, here's another song: If You Ever Go To Houston. "Better know where you're going, or stay where you are. If you’re ever down there, go back to your ma. I know these streets, I’ve been here before. I nearly got killed here, during the Mexican War." Seems somebody sure could've used that advice this week.

After that happy shuffle and a sinister funeral song, Dylan's keeping "my hands in my pockets," so as not to catch the PigDeath, "If it ain't a dead man's rise, I die." What? Then a sad norteño-tejano, which winds down with a tired, "I'll defend this place with my dying breath." Then a nasty Chicago blues, vaguely pornographic, ending in flu-murder: "If you're goin' on home, better go the shortest way."

Then, finally, christ, the "happy" song, I Feel a Change Comin' On. That "village priest" is surely just making neighborly rounds, and "change" doesn't carry any extra baggage in 2009. Maybe it won't be that bad, the Death Flu Pandemic Plague. Oh look one more song:

Treacherous midtempo rockabilly, like somebody walking through fires, crashed cars on the side of the road, vultures and day bats, "cold-hearted killer, stalkin' the town," here it comes now, the end:

People in the country, people on the land

Some of ‘em so sick, they can hardly stand

Everybody would move away, if they could

It’s hard to believe, but it’s all good

The widows cry, the orphans bleed

Come away with me babe, I wish you would

You know what I'm saying

And through it all, David Hidalgo from Los Lobos on that Mexican accordion.