Boehner To Wreck America Over Ladies Getting Their Hoohaws Examined 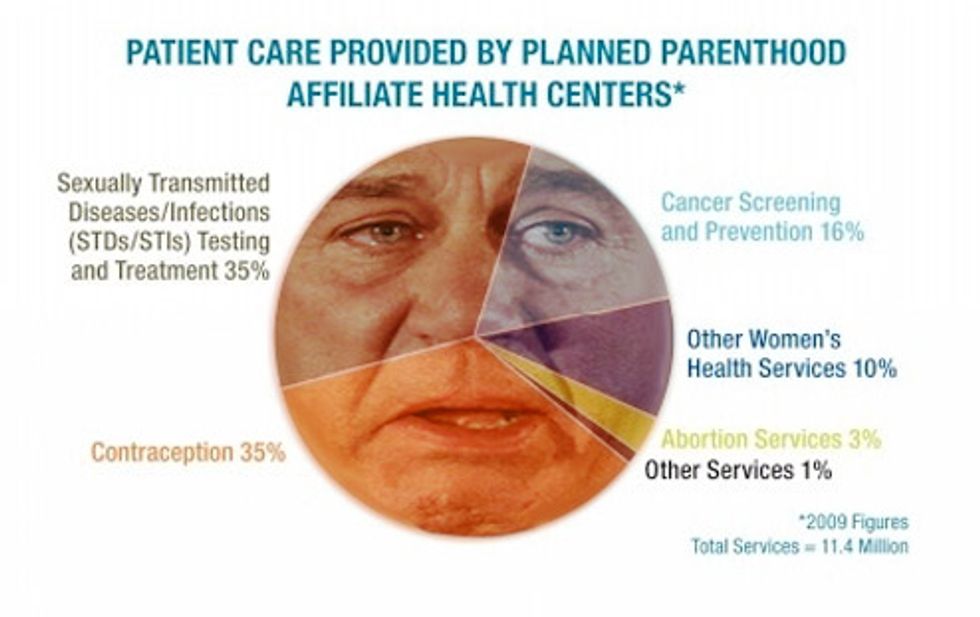 So why is the "World's Greatest Nation of Health Care" about to shut down, again? Right, because crybaby jerkwad John Boehnerhates evil womenfolk so much and all his misogynist closet-case Republican donors hate women so much and did you know what is gross? A woman, with her "lady parts" and all wanting to "not have crotch cancer" or whatever. Ladies are disgusting, because if you need to put a penis somewhere, what on earth is wrong with a young boy's mouth? And these gross things, the womens, think they will get some kind of "contraception" or "cancer screening" even though they are poor? Jezebels! Burn in hell with cancer, Jezebels! Whores of Babylon!

As many of the "policy bloggers" are typing today, Planned Parenthood is basically the entire reason the gaylord Republicans are going to shut down the United States Government (except for the war killin' part). Even though just 3% of Planned Parenthood's budget is spent on abortion -- and none of Planned Parenthood's federal funding, obviously -- the point is that some gal somewhere might get some idears about how she could think she's so high falutin' she'll go see the old coat-hanger doc without the menfolk's permission. And people wonder why we have domestic violence!

Anyway, we hope America is shut down not just for a while, but for good. Forever. We would like to nail John Boehner to the United States entrance sign, wherever it is. (Over a young boy's crying mouth?) And then we would paint on John Boehner's beautiful dapper suit, "CLOSED FOREVER." This would be both a sign and a symbol.

You know who might make good use of this country? THE RED COMMUNIST CHINESE. At least they know how to run a business.

Here's a "Friday Fun Video" sent by Wonkette operative "Nichole" and apparently featuring her sister "Renee." It makes a good point, but it does sort of gloss over the part about how all right-wing men are closet cases who are actually super happy about not having to close their eyes and fantasize about Billy Ray Cyrus again, for the whole 25 seconds they have to spend in their wives' vagina.