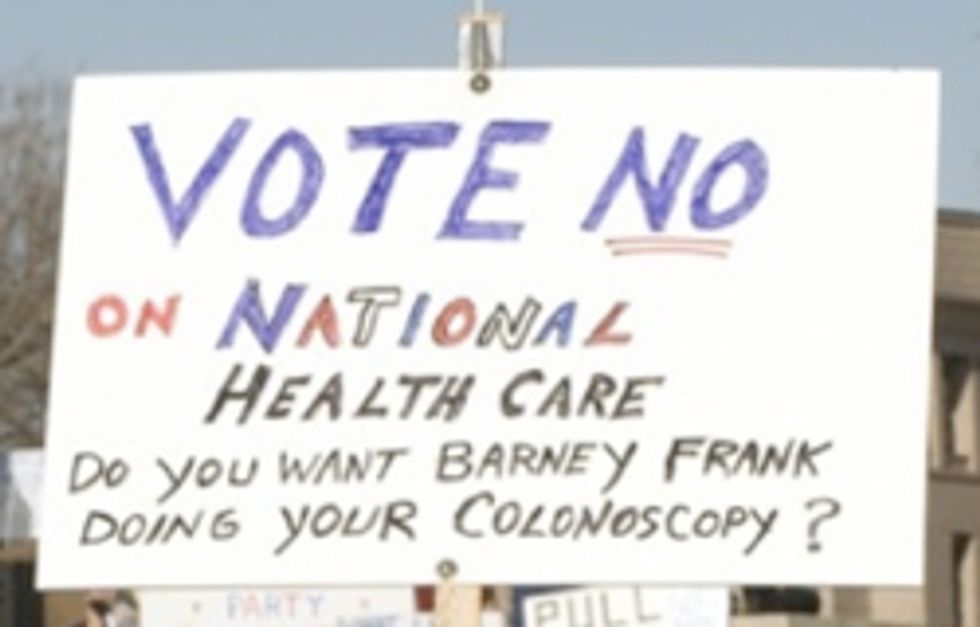 This is going to be a fun couple of years: "Blue Shield of California [is] seeking cumulative hikes of as much as 59% for tens of thousands of customers March 1," theLos Angeles Times reports tonight. And the emotionally unstable alcoholic chain-smoker now running the House of Representatives wants to make sure this is the future for all Americans unlucky enough to need health insurance (because they're not covered by the free congressional coverage that Boehner gets, along with the other GOP members of Congress). Haha, and Democrats in the House are demanding that the GOP members all opt out of the federal plan. God, what a stupid country.

The California rate hikes don't really have much to do with orange-nut John Boehner, other than the company claiming (among other things) that the "costs of health care reform" are one of the reasons for the three or four separate rate hikes individually insured policy holders have faced in the past year.

What's "fun" about this is self-employed people are mostly not exactly rolling in money, in this third year of the recession and second year of the recovery. For many of those seeing their insurance rates doubling, the only option is to drop the insurance. And that means when they get ill -- and everyone gets ill, and most everyone will be treated for expensive illnesses before they die -- they'll be 100% covered by whatever program gets stuck with the bill. It's like double-super-secret Obamacare + HillaryCare x the USSR. Thanks, Republicans! (Or should we say comrades?) [LAT/Reuters]