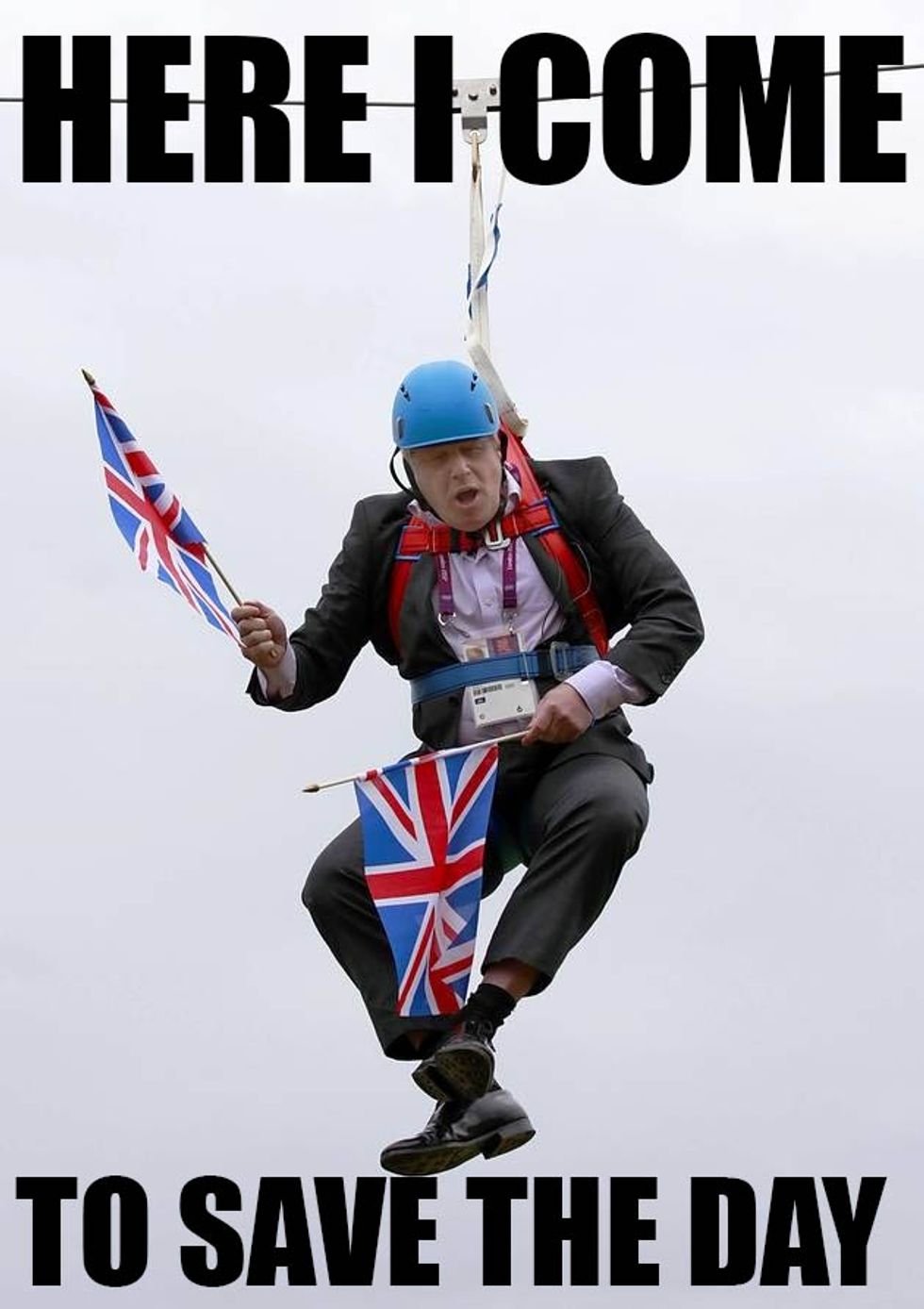 As Americans we don't really care what the rest of Not-America does because they have to do whatever we tell them or risk receiving our freedom bullets. However, some foreign policy analysts (nerds with thick glasses, funny accents and babel fish up their butts) are alarmed that the U.K. has named Boris Johnson its new Foreign Minister. Translated into Liberty-Speak, it would be like making someone like Chris Christie the Secretary of State. Or Dead Rob Ford. Or Chris Farley, really, but gross and racist.

Johnson, you may remember, the neo-nationalist party that helped scare the shit out of British people into leaving the EU. They subtly suggested that by kicking out all the immigrants the poors could get all their old manufacturing jobs back. Sound familiar? [Editor's note: no he's not, and it's my bad for not asking Dominic what the fuck dude? Johnson is in fact a Conservative. The description of UKIP still stands.]

It's not just that Johnson helped champion the Brexit, it's that he has long been a repugnant wanker. Johnson has been critical of the European Union since the late 1980s when, according to several biographers, he was accused of falsifying stories while writing for The Daily Telegraph's Brussels bureau to discredit the European Commission.

Johnson has also been accused of being a racist and a xenophobe because he gets a hard-on penning racist commentary, like in 2002 when he ever so casually commented on former British Prime Minister Tony Blair's trip to Africa.

They say he is shortly off to the Congo. No doubt the AK47s will fall silent, and the pangas will stop their hacking of human flesh, and the tribal warriors will all break out in watermelon smiles to see the big white chief touch down in his big white British taxpayer-funded bird.

And how could we forget when Johnson later theorized, after our own Barry Bamz urged the British people to vote against the Brexit, that Bamz was speaking up because his "part-Kenyan...ancestral dislike of the British empire" was making him just so bloody mad at the Brit's attempt at democracy? Or, how about the time he insulted the Prime Minister of Malaysia by joking that the decrease in women attending universities was because of their desire to find a husband? Oh, and there's that time when he went to China for the 2008 Olympics and prompted the Chinese to regard him as "rude, arrogant and disrespectful." Of course we can't forget the time he entered the "President Erdogan Offensive Poetry" competition, and won!

There was a young fellow from Ankara

Who was a terrific wankerer

Till he sowed his wild oats

With the help of a goat

But he didn’t even stop to thankera.

Of course, maybe that's just what the British people want, right? Centuries spent crafting an image of elegance and intelligence have finally taken their toll, and now they want a taste of the sweet life! Johnson's a polarizing political figure who makes an endless series of offensive gaffes and crude statements for which he rarely apologizes. Besides, if the British are hell bent on running away from the rest of the world and openly inciting xenophobia, maybe America should too?