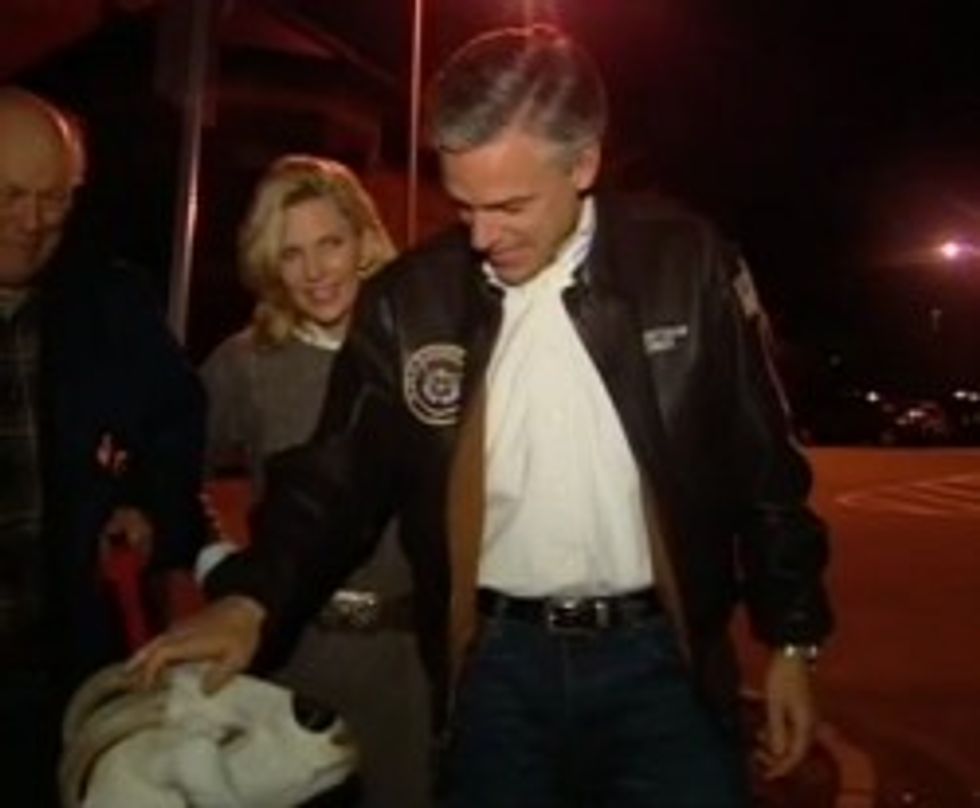 The Boston Globe, not exactly a bastion of conservative dreamweaving, endorsed Jon Huntsman in an editorial appearing in Friday's paper. The craziest thing about this is not that the Globe chose the ur-underdog, because who doesn't love an underdog whose name is not Rick Santorum, but that the Globe described 2012 as "an historic opportunity for the Republican Party." SO SOON?

The editorial board did make the questionable decision of actually mentioning Romney by name, and giving a nod to the fact that he is acknowledged neutrally by great swaths of shrugging humans nationwide:

Among the candidates, only two stand out as truly presidential, Mitt Romney and Jon Huntsman. Both have track records of success, and both, through their policies and demeanors, have shown the breadth of spirit to lead the nation. But while Romney proceeds cautiously, strategically, trying to appease enough constituencies to get himself the nomination, Huntsman has been bold. Rather than merely sketch out policies, he articulates goals and ideals.

Globe editorial page editor Peter Canellos added Friday morning on CNN that he liked the fact that Huntsman didn't, well, evoke any kind of facial expression in anyone during the Republican debates of 2011. "He wasn't harsh, he wasn't out of line in any way," he says, "and a lot of the others have been."

So big whoop: a newspaper with non-Republican leanings likes Jon Huntsman. Get in line! But the difference here is that arguably the Globe has known/endured Romney in a deeper way than a lot of the other newspapers given his governorship of the state in which the rag is printed. Canellos said part of the reason the Globe dissed Romney again (it endorsed John McCain for the Republican nomination in 2008) is because Romney is now, how to put this, running away from the burning house that is his "progressive" reputation as Massachusetts governor.

Is the Globe's artistry totally pointless? Not exactly, they say. There are a lot of disaffected Democrats and independents in New Hampshire saying flattering things like that they can "stomach" Huntsman, which is, of course, the main reason Huntsman has taken to the state like Gingrich to gummy bears.