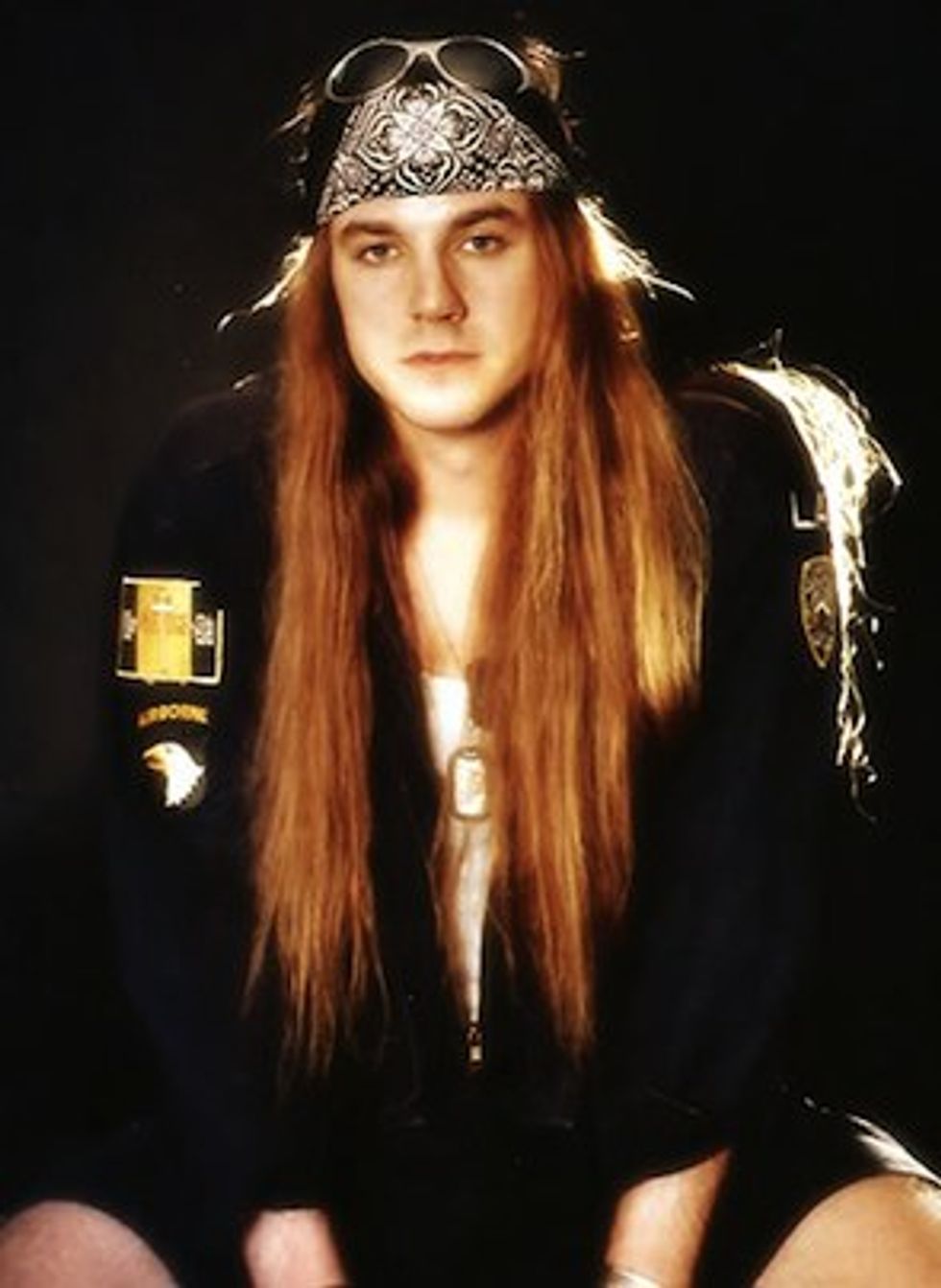 Hip-hop metal dude/bloated onetime Sebastian Bach and Jason Mewes triplet Bradlee Dean, usually seenowing Rachel Maddow $20 grand or at school assemblies making teen sluts cry, has an idea about how to keep our kids from murdering: Forget the meds, and break out that old-time "Rod of Correction"!

Your editrix is sympathetic to the idea that we might be overmedicating children, certainly! Perhaps talk therapy or the like might be a better way to handle such things, if we were willing to spend money on therapists instead of pharmaceutical companies! That does not sound like too outrageous of a proposition! Now, how could Bradlee Dean take a sensible thought like the above and make it holy-shitballs-bonkers? Easy, he is Bradlee Dean:

One of the most celebrated battle rifle manufacturers, John Noveske, mysteriously died in a car crash in southern Oregon days after posting on Facebook about the link between psychotropic drugs and shootings.

John Noveske is one of a few prominent Second Amendment supporters to die this month under mysterious circumstances.

Less than a week before he died, Noveske ended his Facebook post with, “What drugs was (school shooter) Adam Peter Lanza on?”

Oh no, the Cigarette Smoking Man is going around killing people warning about the dangers of overmedicating children! We should probably learn more.

In past generations, parents would train their children in the way they should go, using the rod of correction (Proverbs 22) to drive foolishness from the hearts of their children, while the pharmaceutical companies compete for the position contrary to that which God commanded.

Is Bradlee Dean a parent? We really, really hope Bradlee Dean is not a parent. No joke. We just hope that Bradlee Dean does not and will never have children, because we hate it when little children have to be put in foster care to save them from being beaten to death by insane people.

But let's go on. Is it Obama's fault, surely?

Note: most Americans don’t even realize that Obama is attempting to deputize the medical industry to screen the mental health of every American.

Huh, we thought a national mental health registry was the position of the NRA. Well, six of one ...

So what drugs was Adam Peter Lanza on?

Again, we will stipulate that we do not think overmedicating children is a great thing to do, and there certainly could be issues of hallucination and violence! You know what doesn't cause violence? Beating the mental illness out of children with a rod.

Louise Tambascio, a family friend of the shooter and his mother, told the CBS News program, “60 Minutes,” that Lanza “was on medication and everything. … I knew he was on medication, but that’s all I know.”

Another case is James Holmes, the Aurora “Batman shooter.” Reporting on newly released court papers, the Denver Post stated that police removed four prescription bottles and immunization records from Holmes’ apartment days after the shooting. During the trial, the names of the medications were redacted for “privacy reasons.”

Right. We read that James Holmes was schizophrenic, or at least saw a psychiatrist who specialized in schizophrenia. We have some experience with this. You cannot beat schizophrenia out of a person, with a rod, as much as you might like to, haha?