Braised Beef Shanks. Forward To The Past! 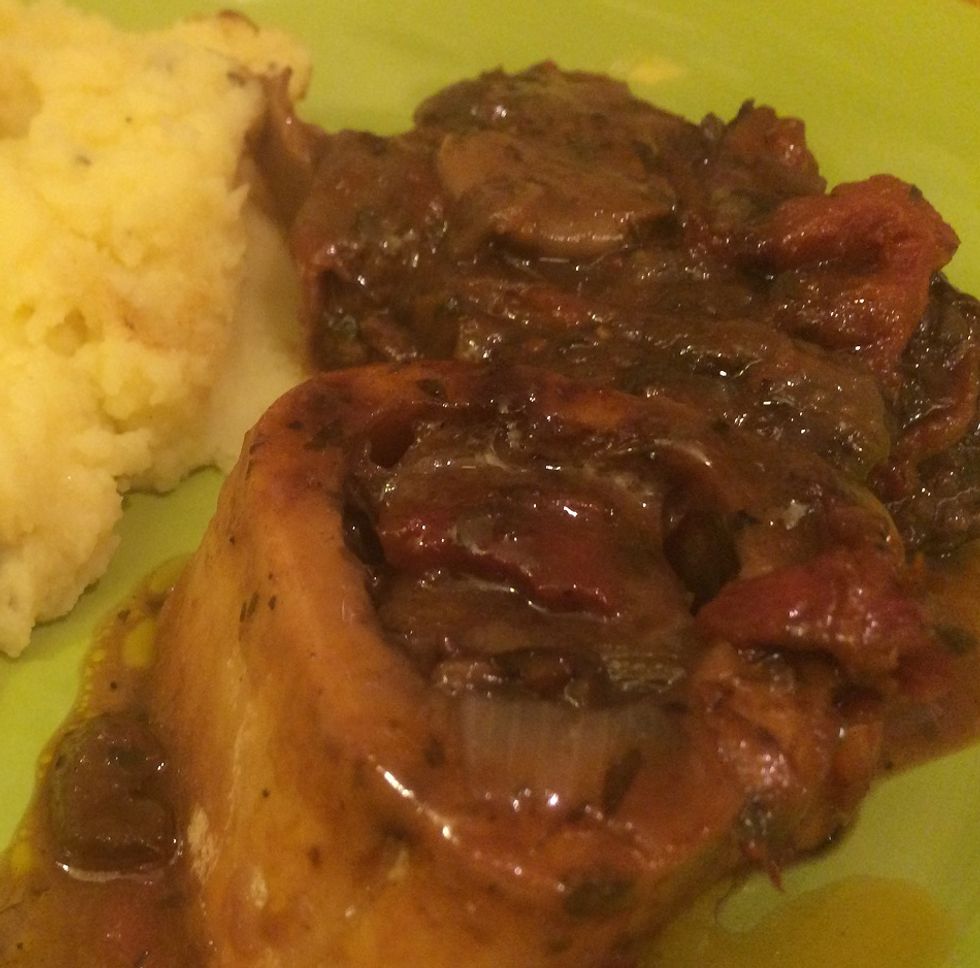 We now live under an administration that derides modernity in all things. Education should be guided by Bronze Age mythology. Settled medical consensus is rejected in favor of lies and poorly constructed, misleading arguments regarding the side effects and the dangers & effectiveness of vaccines. Climate science is not just questioned, but dismissed out of hand as merely a conspiracy theory. Considering their antipathy for all things Arabic (except for petrodollars. They lervs them some petrodollars!), one wonders if they also deny the validity of algebra!

It seems appropriate, then, to bring a modernized version of an ancient recipe to the table this week.

While its progenitors certainly didn't use tomatoes, as the "New World" was still unknown to Europeans, this recipe traces its earliest roots to traditional peasant cooking during the Roman Empire. In a nod to those roots, and out of respect for our current Administration, I have done my best to use an appropriate numbering system and units of measure. Today, we make:

So tender. Much flavor. Yum!

Difficulty: III/X. The hardest thing about this is enduring the tantalizing smell while it cooks.

Intoxication level: Pace yourself. It cooks for II - III hours, and you want to be conscious when it's time to eat.

WHAT TO DO WITH WHAT YOU NEED!

Traditionally, Osso Bucco is served on a large platter, surrounded by risotto (some good risotto tips are available HERE), but smooth, creamy garlic mashed potatoes work well if you haven't time for all that adding and stirring.

Braising, like stewing, is all about cooking meat in liquid for a long time, to both concentrate flavor and tenderize the meat, and this delivers on both, in spades. The beef is meltingly tender and thoroughly infused with the many, many flavors of the sauce, and the sauce gains depth from the richness of the beef, while each differentiates itself from the other.

Peasant food? Perhaps. But proof, I think, that the Elites could learn a few things from those selfsame peasants.

Have you noticed that Wonkette no longer has those ads you hate? Instead, it's now fully supported by reader donations! So, if you want an ingredient list in modern measurements, you maybe should give some Ameros, yes? Say, $250 within the next 2 hours? Seems fair to me.

PSYCH! Did you really think Pinkie would do that to you? Here you go: