Brave New Tractor: John Deere And General Motors Pretty Sure They Own All Your Stuff 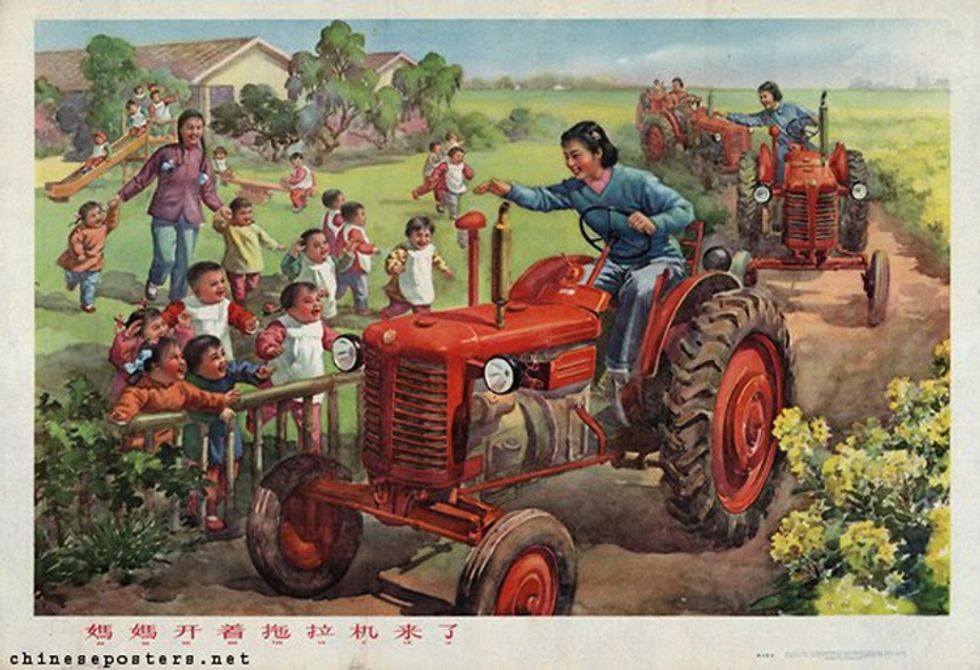 You might think you own your car, but depending on how much computery stuff is built into it -- and in today's modern times of today, that's all of it, Katie -- your name might be on the title, but as far as the manufacturers are concerned, you're mostly the registered software user of the vehicle, which is built around code that you do not own. It's a thrilling new world of intellectual property fights, being played out at the US Copyright Office and involving any number of vehicle manufacturers from John Deere to General Motors. Who'd have guessed that the cutting edge of debate over intellectual property law is attached to a John Deere tractor?

Kyle Weins at Wired has the skinny:

John Deere and General Motors want to eviscerate the notion of ownership. Sure, we pay for their vehicles. But we don’t own them. Not according to their corporate lawyers, anyway [...]

Because computer code snakes through the DNA of modern tractors, farmers receive “an implied license for the life of the vehicle to operate the vehicle.”

The Nerderatti are always in a tizzy about copyright and fair use issues -- we're looking at you,Cory Doctorow -- and for good reason: technology is developing way faster than copyright law, and it leads to all sorts of absurdities. Like John Deere's assertion that a tractor owner's tinkering with the software in his own vehicle is a form of piracy under the Digital Millennium Copyright Act, the 1998 law that governs copyright on digital information. You know, the thing that made a lot of people criminals -- at least technically -- when they copied their own CDs onto their Zunes, back when both of those things existed. The DMCA is why messing around with the digital controls on your tractor (or passenger car) engine could make you a "software pirate," at least in the eyes of corporate lawyers:

Owners, tinkerers, and homebrew “hackers” must copy programming so they can modify it. Product makers don’t like people messing with their stuff, so some manufacturers place digital locks over software. Breaking the lock, making the copy, and changing something could be construed as a violation of copyright law.

And that’s how manufacturers turn tinkerers into “pirates” -- even if said “pirates” aren’t circulating illegal copies of anything.

The Copyright Office is considering changes to the DMCA that will determine whether people who own tech stuff -- from cell phones to harvesters -- can legally modify, hack, or otherwise "jailbreak" the computer code inside those devices; they'll announce their decision in July, which is why John Deere, General Motors, and other manufacturers want to put the kibosh on people mucking around inside the machines' electronic guts. If you can unravel the code yourself, then why would you take the machine to the company's service department when it needs fixing?

farmers are essentially driving around a giant black box outfitted with harvesting blades. Only manufacturers have the keys to those boxes. Different connectors are needed from brand to brand, sometimes even from model to model ... Modifications and troubleshooting require diagnostic software that farmers can’t have.

This is not entirely welcome in the baling-wire and duct-tape culture of farmers who are used to being able to work on the stuff they own, and Weins notes that a lot of operators are just saying the hell with it and buying used equipment that doesn't need to be plugged into the dealer's diagnostic computer to change a sparkplug. As a result, prices for used farm equipment are rising, which probably makes some people sad that they sacrificed their old combine in the Demolition Derby.

Another option is to turn Outlaw, obtaining a laptop from a friend of a friend who has some hot code to adjust the timing on your harvester. But that's the kind of thing that can get you in big trouble, even bigger than the people who tried to hack their cat's computerized litter box. No, we don't know why such a thing exists either, but you'd better not mess with its code or you are hurting America.

It's not just John Deere and tractors; General Motors wants to make sure that the Copyright Office won't let people get the mistaken impression that buying a Chevy means you own that car's Operating System, complaining that anarchists like the Electronic Freedom Foundation and other groups calling for reform "conflate ownership of a vehicle with ownership of the underlying computer software in a vehicle.” All the other auto manufacturers submitted similar petitions, begging the Copyright Office to keep people locked out of the software that makes their cars go. Lord knows, if people think they own all parts of their cars, they might muck about with the computers, fix problems themselves, and thus deprive the dealership network of its sacred right to charge through the nose to read the diagnostic codes that belong only to them.

Happily, there are nerds in Congress pushing changes to copyright law to make it friendlier to consumers of stuff with computer code in it, like Oregon Sen. Ron Wyden and Colorado Rep. Jared Polis -- you can trust him because he has a wind farm pictured on his webpage -- who have introduced a DMCA reform bill called the “Breaking Down Barriers to Innovation Act of 2015," which would give gadget owners the right to fiddle around with their own electronic chingaderas without becoming copyright outlaws. We're confident that it will get a fair hearing in the Republican-led Congress, just as long as it includes a provision barring anyone from using their jailbroken tractor to perform an abortion.