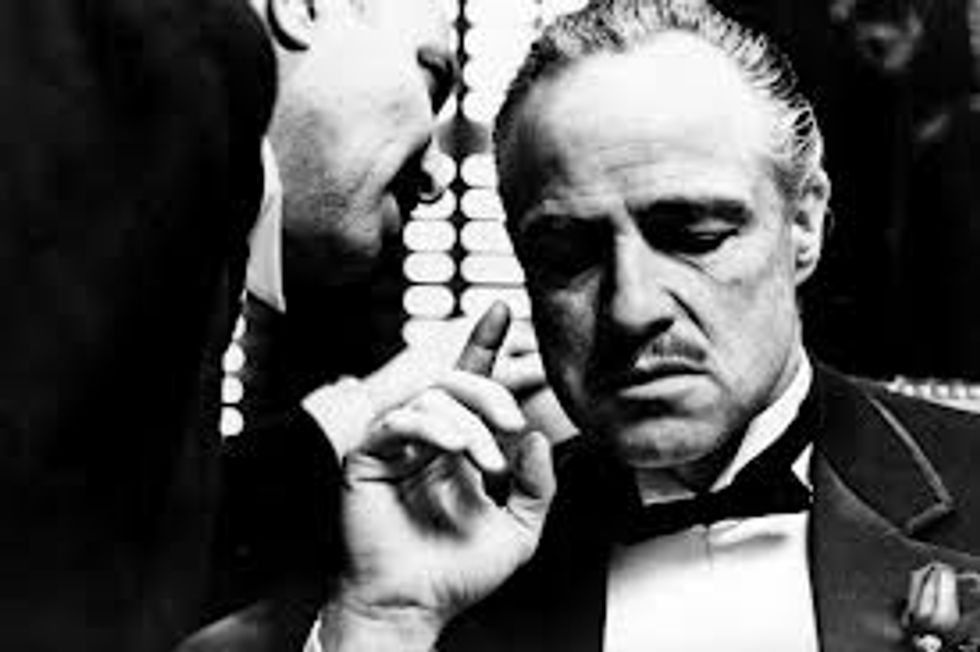 Prepare to be shocked. ABC News has an EXCLUSIVE!!! story that will blow your mind and make you question everything you know about America and democracy. Or at least make you question why the hell this is “news”:

For the past five years, a prominent Democratic operative who is a leading contender to manage a Hillary Clinton presidential campaign has maintained a private email listserv for friends and associates that carries a provocative name: the “Mook Mafia.”

Oh no, hide the children and run for the hills. There's a listserv! Are you not shocked and disgusted and horrified and other emotions? No? Well, keep reading.

The listserv, which one member said reaches more than 150 fellow campaign veterans, has been a means for Robby Mook and a close friend Marlon Marshall to stay connected with many of the operatives who would likely populate a Democratic presidential campaign in 2016. Mook and Marshall have both been mentioned as possible Hillary Clinton campaign managers.

Oh, well that is shocking. Robby Mook and Marlon Marshall, whose names you've probably never heard of unless you are a deep-in-the-weeds political operative, have sent emails. EMAILS! To each other. And other people. Through a listserv. A listserve, sheeple. Wake up! That's just how Hitler started his Holocaust to recognize gay rights, give free health care to everyone, and take away all the guns. With emails.

Ah, you say, but perhaps the content of those emails are so shocking that we really should be shocked. ABC News got its journalistical little hands on some of these emails, and it turns out -- brace yourselves -- the emails show "an aggressive tone in rallying their friends behind political causes." Oh god, it's even worse than we could have imagined. Never in the history of political organizing have operatives been so bold, so blatantly defiant and disrespectful to the principles of democracy and decorum, as to use an aggressive tone in emails. What has our once-great nation become? We hope Rep. Darrell Issa is convening his investigating committee right now. Unless he's still puzzling over whether to investigate the stupidity crisis.

We'd especially like him to look into the recent messages sent on Election Day, in which these self-proclaimed mafia goons "included a reference to a team reunion that would likely be held in New York early next year." A reunion? Have these people no shame?

“I know many of you are out there on campaigns, crushing it mafia style,” Marshall wrote. “We unfortunately didn’t do a call this year, but Robby and I wanted to start a chain to acknowledge many in our great family who have been out there busting their tails for all that is right in the world.

Dude! That is some naughty-ass language. Does America really need a president whose hypothetical campaign team uses despicable obscene language like "busting their tails"? Ugh. Have we not had enough Clinton filth in the Oval Office for one lifetime?

Here's the real shocker, though. Turns out the Mook Mafia isn't even punctual about planning parties.

“We also wanted you to know that this years [sic] reunion will actually be held early next year, January or February, and likely in New York for a weekend. Apologies for the late notice and for not sending anything out on a reunion. Please believe there will be one. The planning committee has just been a tad busy!”

If a dude who has aspirations of running the campaign of the next president of the United States can't even get his act together to promptly plan a reunion, then the terrorists (or Elizabeth Warren) have already won. How will Hillary Clinton be able to stand up to the evil dictator du jour if some guy who wants to help get her elected is too "a tad busy" to send out a save-the-date on a proper timetable? Good lord, it could be the end of America! Again!

But it gets even worse.

The email was signed “MM,” with Marshall adding a hashtag: #mafia4life.

A hashtag? A hashtag? Christ on a cracker, even Hitler didn't use hashtags! We might as well just surrender now. Or just skip straight to cocktail hour.