BREAKING: Joe Biden To Announce He Is Running For President, Or The Opposite Of That 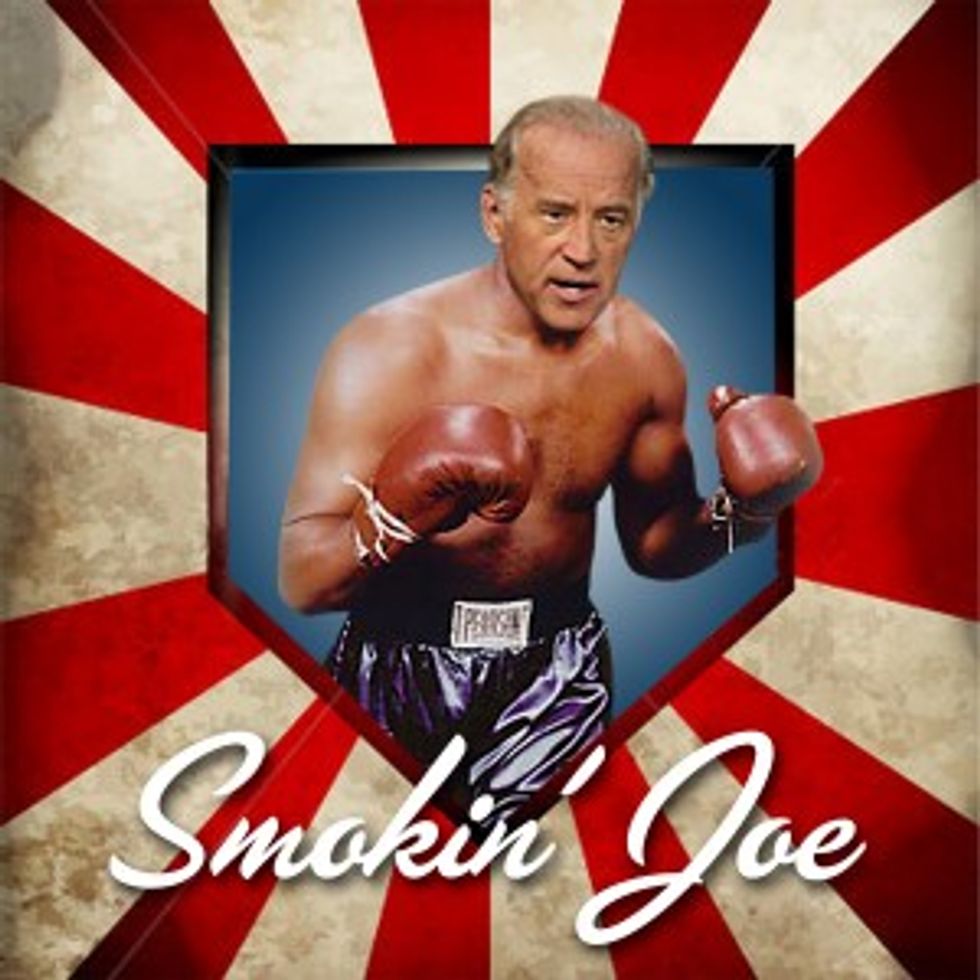 Rep. Brendan Boyle is a Democrat from Pennsylvania. Pennsylvania is geographically located near Delaware, where Joe Biden is from. Also, both states have at least one "e" and one "a" in their names. So if any member of Congress might have the skinny on the vice president's plan to run for president-president, it's gotta be Rep. Boyle. So yes, Joe Biden is most def running. Huzzah, buy your Joe Biden Wonkette panties for your privates today! (Just kidding, we don't have Joe Biden panties. Yet.)

ABC News Chief White House Correspondent Jonathan Karl knows a "person involved," which we think might trump Rep. Boyle's mere "very good source." Maybe Karl bumped into the president hisself, in the White House, where he does his correspondenting, and Obama said, "Just between us, Joe hasn't made up his mind yet."

But P.S., MSNBC, known liberal shill for the Demoncrat Party -- especially that Joe Dickhole guy who's on in the morning, with the coffee -- has TWO SOURCES confirming nothing at all, but offering very specific and carefully hedged speculation:

Vice President Joe Biden is nearing a decision on if he will enter the presidential race, which could come within 48 hours, two sources tells NBC News. [...]

In addition to when, the big unknown is what Biden’s decision will be: Is he in our is he out?

Perhaps the two (yes, two) journalists reporting the story spoke with both "a person involved" and "a very good source," but how is it that the two sources are certain Biden could (or could not) announce a decision by Wednesday, but they don't know what the decision will be? Maybe he has decided to wake up mid-week and flip a coin! Maybe he will check his shadow and see if he needs to go back into undecided mode until another arbitrary deadline:

Maybe he is messing with everyone, to find out who his real friends are (FYI, not you, Maureen Dowd, never you):

We were so young and innocent, back during bikini season, when sources of varying kinds -- good? involved? who even remembers now? -- were saying Joe Biden might run for president. But then he didn't. But then CNN said, "Please, pretty please, Mr. Vice President, boost our ratings and come to our debate and we will job your rim and walk your dog and fold your laundry, PLEASE?" But then he still didn't run.

We are not Serious Journalists, and we don't know any good or close or involved anonymous sources, so we -- like the rest of every single U.S. American -- don't have a clue what the expletive the vice president is going to do or when or how or if at all.

But we do know for a fact -- we have confirmed it with the bestest, closest sources IN THE WORLD -- that you should buy this Joe Biden coffee cup right this second, while supplies last, because once he announces he definitely is (or is not) running for president, which could (or could not) be in the next 48 hours, these babies are gonna run out faster than you can say, "OK, but how about now?"