BREAKING: NPR Person a Human Being, Has Personal Opinions 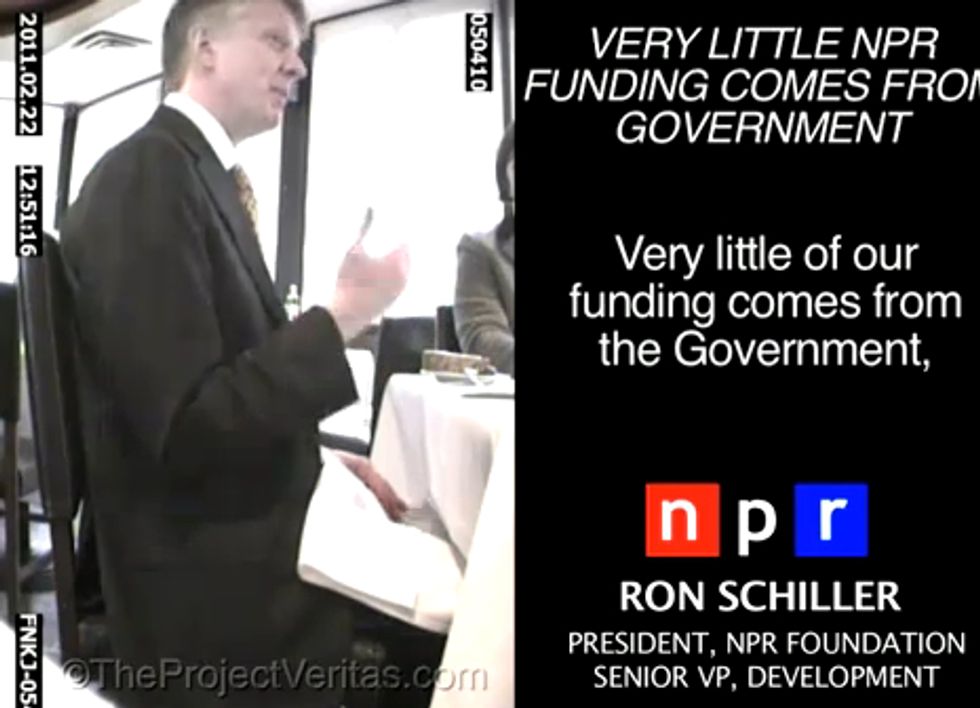 Basically, this NPR guy verbally "takes off his NPR hat" to say Teabaggers are uneducated racists. Which means, even though this is a private, off-the-cuff conversation, he makes sure to let these people know his opinion is not that of NPR. And, also, this guy is not even in charge of NPR's news coverage.

Anyway, it's offense to say Teabaggers are uneducated. They went to high school because the govmint forced them to until they were allowed to drop out.

Later in this video, the O'Keefe plants say they're a Muslim Brotherhood group and think Jews control the media. And the NPR guy keeps eating his food, listening politely. Which is pretty much what anyone would do when you're sat down by powerful-seeming people with unexplained ties to conservative Muslim groups overseas and they suddenly start saying Jews run the media.

In conclusion, this guy got a free meal at a nice restaurant just by acknowledging that he has personal feelings about politics, which is illegal.

What will O'Keefe uncover next? Does Ira Glass have opinions about his apartment building's regulations? Did Garrison Keillor once support a fictional amendment to the Minnesota constitution making it illegal to deny the beauty of swans? What are the "Car Talk" guys' thoughts about tort reform? THIS IS IMPORTANT.

UPDATE: This NPR guy doesn't even work there anymore, but NPR got scared and responded thusly, attacking their former executive:

The fraudulent organization represented in this video repeatedly pressed us to accept a $5 million check, with no strings attached, which we repeatedly refused to accept. We are appalled by the comments made by Ron Schiller in the video, which are contrary to what NPR stands for. Mr. Schiller announced last week that he is leaving NPR for another job.