Breitbart Shill Wonders: How Is An Ultrasound Different Than Sex? 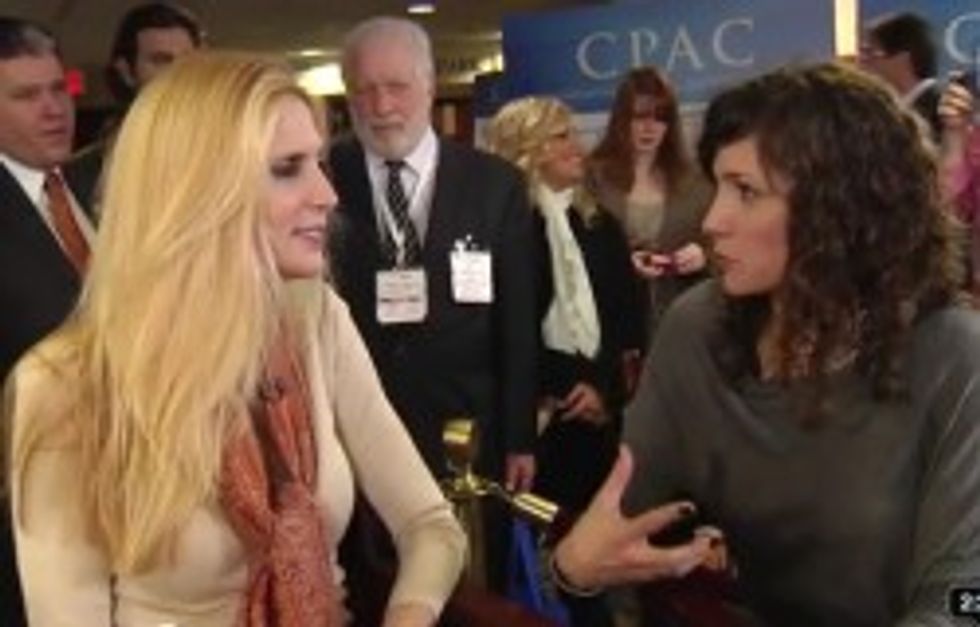 Dana Loesch, an unpleasant creature who works for both CNN and Andrew Breitbart, has stolen the best joke from the world's worst comedian and delivered it as a non-joke on her radio show, Burping Hour With Dana Loesch. Regarding the whole Virginia pre-abortion, look-at-the-proto-baby-growing-inside-you probing matter, Loesch asks how an unwanted probative ultrasound is different than the sex a woman had in order to then be punished with that probative ultrasound? Then Loesch took to Twitter to call out Little Green Footballs' Charles Johnson for calling a spade a spade, which yielded more things that aren't jokes or funny, but for that reason are funny.

First, here is Loesch transforming into a high-pitched voice in order to imitate liberal women, and then, proving that she has never Gotten Any from anything other than a tampon or Ann Coulter's probing eyes, Loesch asking how a plastic device with imaging capabilities is really so different from a penis:

Then when Charles Johnson wrote to Loesch on Twitter, quoting her exact words, this lady responded:

That's not at ALL what I said you disgusting, creepy old sandwich-board-is-a-computer pervert. @Lizardoid @andrewbreitbart

Sandwich-board-is-a-computer. Good one! And also, WHAT?

Then she called Johnson a child molester.

@DanRiehl I wouldn't be shocked if he has to live so many miles from schools as per the law.

A secret anonymous loser apparently made this same argument about unwanted plastic electronic non-vibrating vaginal penetration during the discussion of the bill last week, so maybe Loesch should just embrace her babble instead of calling people pedophiles when they remind her of it having been uttered?

But anyway, if this two-timing of two sad media outlets fails, Loesch has a Business Plan!

I'm going to monetize all of the hate Tweets for Mailbag of Hate. #chaching#capitalism