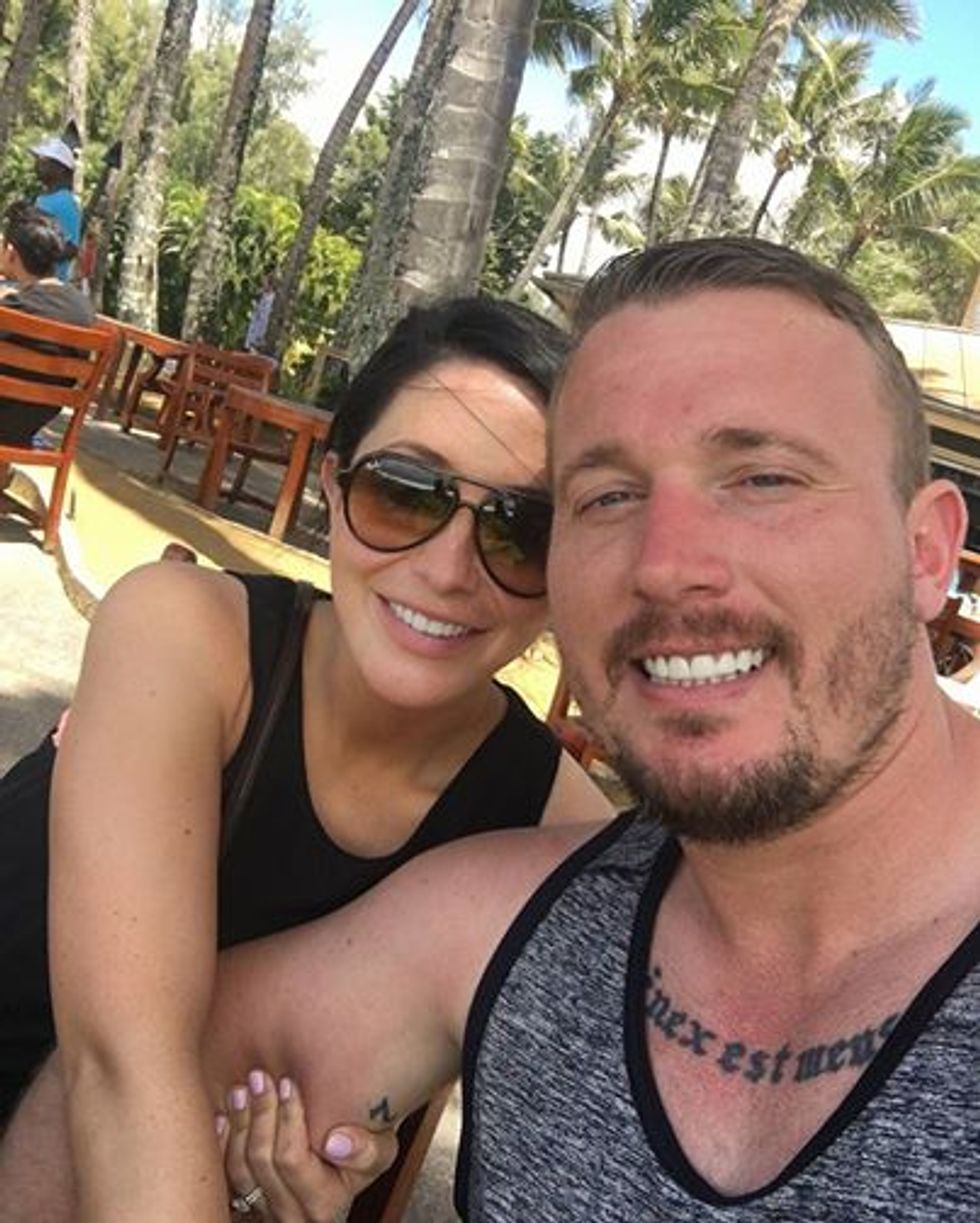 BREAKING PALIN NEWS, PRAISE JESUS AND PASS THE MOOSE CHILI! Just this week, we said to no one in particular in the Sekrit Wonket Chatcave that we were very worried about Bristol Palin, as she had not seen fit to "go to work" at her blog in over a month. Was she dead? Nah, girl, she's been busy FUCKIN' and forgot to pay her Comcast bill! (Allegedly!) (On both things!)

Tell us the best news ever, Entertainment Tonight, so that we may congratulate the recently deflowered Alaskan princess:

"Life is full of ups and downs but in the end, you'll end up where you're supposed to be," Palin and Meyer told ET. "We are so happy to share with loved ones the wonderful news that we got married!"

SNAP POLL: How many months along do we think Bristol is? No, for real, this is a legitimate journalism question!

[wonkbar]<a href="http://wonkette.com/589536/looks-like-god-knocked-up-bristol-palin-again"></a>[/wonkbar]Let's do some back of the napkin math here. We found out Bristol's original wedding to Mr. Dakota was canceled in May of 2015. We learned one month later that her womb basket had been visitedeth by the Lord sometime before Bristol 'n' Dakota went splitsies. Their infant daughter, Sailor Grace Eggnog Palin-Meyer, IV, Esq., was born this past Christmas, which means Dakota spermed unto her sometime around the Ides of March. (BEWARE.)

If we assume Bristol took a few months off to drink Boone's Farm and casually raise her newest child, and note that, as per Entertainment Tonight, Bristol 'n' Dakota started posting happy Instagram pics together again around the end of March of this year, we think we can safely assume that they got back together  ... around the Ides of March again. (FUCKING BEWARE, BRISTOL, WE SAID BEWARE.)

[wonkbar]<a href="http://wonkette.com/582744/bristol-palin-living-in-sin-for-third-or-eighteenth-time-for-abstinence"></a>[/wonkbar]And knowing what Bristol knows about how babies are made (not shit), we can assume they banged antlers that week and she is closing out her first trimester. (ALLEGEDLY.)

ANYWAY, CONGRATULATIONS, YOU LUCKY KIDS! We hope you got it right this time and this is a good thing, genuinely.

[wonkbar]<a href="http://wonkette.com/580101/wonkette-funtimes-activity-page-whats-wrong-with-this-picture-of-bristol-palins-beau"></a>[/wonkbar]Because we were worried last year, when we found out that Dakota suffers from PTSD, not that that is automatically disqualifying in any way whatsoever. But we got a lil' bit more worried when we saw an Instagram picture of Dakota with a baby, and also a gun just lying out on the table where somebody, like for instance a baby, could get its hands on it. Hope it wasn't loaded!

[wonkbar]<a href="http://wonkette.com/598032/track-palin-got-drunk-and-beated-up-a-lady-with-his-gun-allegedly"></a>[/wonkbar]AND we know what the Palin family has been going through this year, with the news that eldest Palin son Track, who also suffers from PTSD, drunkenly beated up his girlfriend. (SIDENOTE: There's a story out there that Jordan Loewe, Track's ex-girlfriend and victim, is pregnant with his baby. Which could mean they are back together. Which would be bad. We hope it's not true, but the Political Gates blog has a pretty fuckin' good track record when it comes to the Palins. So it might be true.)

[wonkbar]<a href="http://wonkette.com/596571/sarah-palin-sad-about-getting-fired-bristol-being-whore-you-buy-her-book-now"></a>[/wonkbar]Anyway. For Bristol's sake, and for Sailor Grace Eggnog Snapple's sake, and for Bristol's other child's sake (not to mention for Sarah's sake, because the Lord gived her a hard year last year!), we hope Bristol and Dakota are healthy and happy and have made a good decision, and that the latest ultrasound of the new baby looks A-OK, if such a thing exists, not that we're saying it does.

But if it does, may we suggest Bug-Spray, Flea-Dip, and Pollen as good possible baby names? We are just saying.